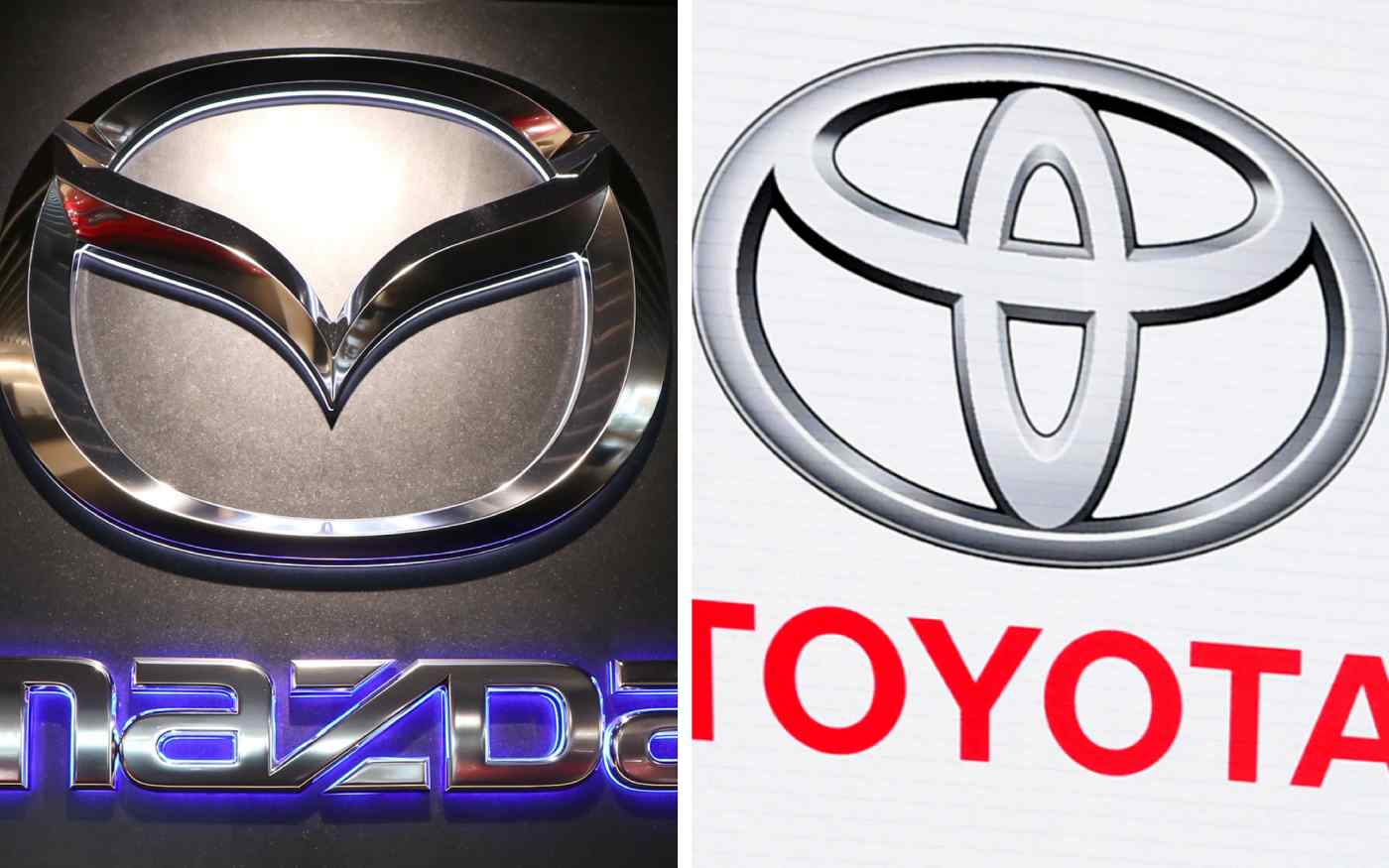 NAGOYA, Japan -- Toyota Motor and Mazda Motor are closing in on a capital partnership deal to pave the way for possible establishment of a joint-venture U.S. auto plant and joint development of key electric vehicle technologies, The Nikkei learned Thursday.

The two Japanese automakers are negotiating on the premise that Toyota will take a roughly 5% stake in Mazda, which in turn would invest in the other party as well. They will announce the tie-up as soon as Friday.

The deal would further the consolidation of the global auto industry around the four leading camps, centering on Toyota, Germany's Volkswagen, America's General Motors and the alliance between France's Renault and Nissan Motor.

The U.S. is a revenue pillar for both Toyota and Mazda, and they will discuss building a plant together in the American South via a joint venture. The leading plan envisions a major factory with annual output capacity of up to around 300,000 vehicles, primarily sport utility vehicles, which enjoy high popularity in the U.S. Each automaker would sell the cars they make at the plant through their own channels. Building it jointly would reduce each party's investment burden and let them pool their expertise in specific production technologies.

The two companies face a growing risk of protectionist trade policies in the U.S. under the Donald Trump administration. Just around half the cars Toyota sells in the U.S. are made locally. Mazda lacks a factory there and imports vehicles from countries such as Mexico and Japan. A joint factory could soften American wariness toward the growing market share held by Japanese cars.

As electrification and development competition transform the auto industry, Toyota is casting lines in all directions to stay afloat. Toyota and Mazda look to develop core electric vehicle technologies together by bringing their respective strengths to the table. Toyota has said it aims to have such cars on the market by 2020. Mazda's plan is to go for a launch in 2019. Each intends to design and produce the actual vehicles independently.

Toyota is among major global automakers being pressed toward electrification by stronger environmental standards. France and the U.K. have said they will ban sales of traditional fossil-fuel cars by 2040, and countries including China and India are advancing their own green-car policies. Toyota may have gotten the jump on the world in hybrid vehicles, but it trails automakers from Europe and elsewhere in fully electric ones.

Interlopers such as Google also have churned up competition in developing next-generation technologies like autonomous driving. Even Toyota, the No. 2 automaker by global unit sales, has been unable to pull ahead, leaving it in need of more business partners.

In May 2015, Toyota and Mazda announced a partnership in areas including environmental and safety technologies. Mazda President and CEO Masamichi Kogai said at the time that the company "was not considering a capital tie-up" with Toyota. But circumstances apparently have changed, with the companies concluding that strengthening their capital tie would be indispensable in expanding their partnership to cover everything from advanced tech development to production.

The industry has seen an increase in partnerships that are geared not only at building scale but also at furthering joint progress on next-generation technologies, as more automakers have faced the need to ease development costs and management risk.

The Nissan-Renault alliance, which brought Mitsubishi Motors under its umbrella in October, is furthering collaboration in electric vehicles such as with joint purchasing and component-sharing efforts. Cross-industry partnerships also are gathering steam, such as with U.S. graphical processing unit maker Nvidia working with a number of automakers on autonomous-driving technology.