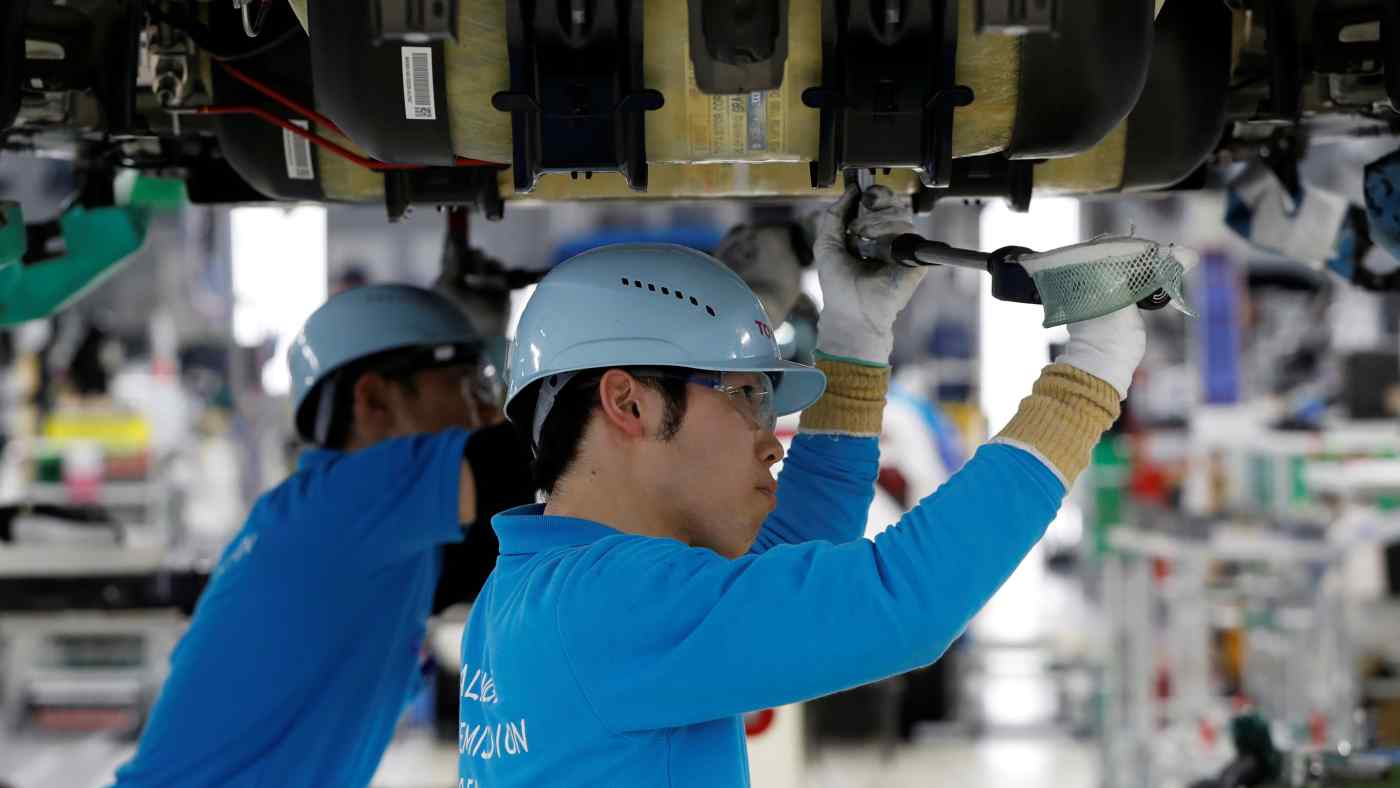 Workers assemble cars at a Toyota Motor plant in Aichi Prefecture: The automaker is one of many companies saying no to base pay hikes this year.   © Reuters
RYOSUKE HANADA, Nikkei staff writerMarch 12, 2020 02:32 JST | Japan
CopyCopied

TOKYO -- Toyota Motor will not raise base pay this year, the company told its union Wednesday, joining the ranks of Japanese companies freezing or limiting wage hikes to cope with the U.S.-China trade war and the coronavirus outbreak.

This will be Toyota's first time since 2013 denying a base pay hike during the annual spring negotiations with unions. With seniority-based raises and special bonuses, Toyota employees will be paid 8,600 yen ($82) more per month in the fiscal year starting April -- the automaker's first raise under 10,000 yen in three years.

Nippon Steel has also decided against base hikes for the first time in seven years. Panasonic and NEC are both offering smaller increases than last year.

"Overall, companies appear to be still trying to reward their employees despite a murky economic outlook," said Hiroaki Nakanishi, chairman of the Japan Business Federation or Keidanren.