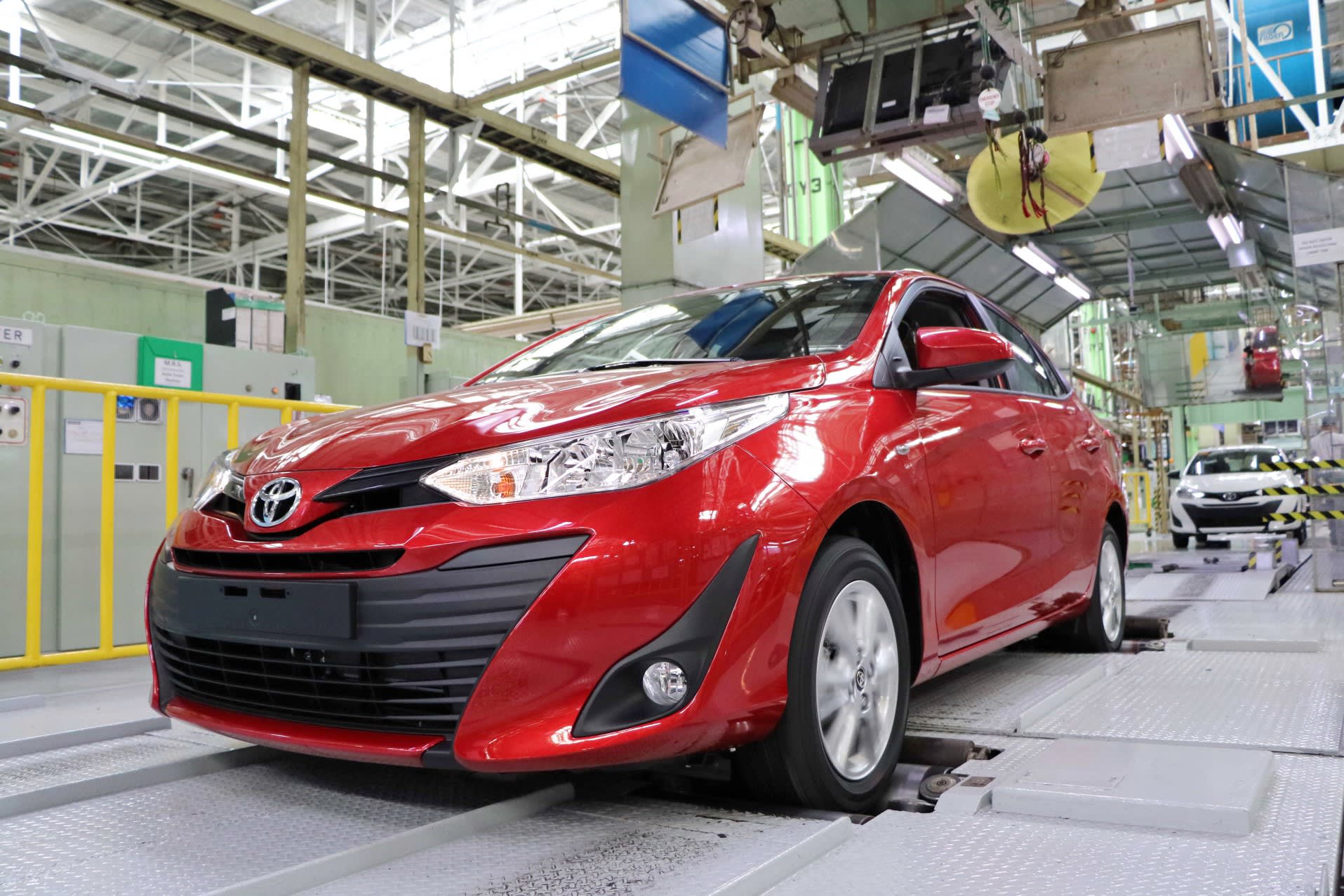 MANILA -- Toyota Motor has begun producing the revamped Vios compact sedan in the Philippines, using more parts procured from local suppliers in line with a government-led buildup of the manufacturing sector.

The Japanese automaker held a launch event on Thursday at a factory in the province of Laguna. For the newest Vios, 50% of pressed parts are produced in the Philippines, compared with a little over 40% before.

Subsidies and other government incentives aimed at developing the auto industry kick in when local content crosses a certain threshold and output reaches 200,000 vehicles over six years.

Toyota plans to raise the monthly output of the Vios to 3,500 units and hopes the car's additional safety features will boost demand in the Philippines, Southeast Asia's fourth-largest auto market.

"The volume hurdles are high but we will be able to achieve" the goal, said Satoru Suzuki, president of Toyota Philippines.

The automaker has added injection-molding equipment at its own local facilities to make bumpers and speed- and fuel-display panels in-house. Parts around shift levers that used to come from overseas now will be sourced from local manufacturers.

The Vios is one of the automaker's top models in the Philippines, with sales of around 37,000 units in 2017. The government in January raised the excise tax on automobiles, putting the brakes on new-auto sales.