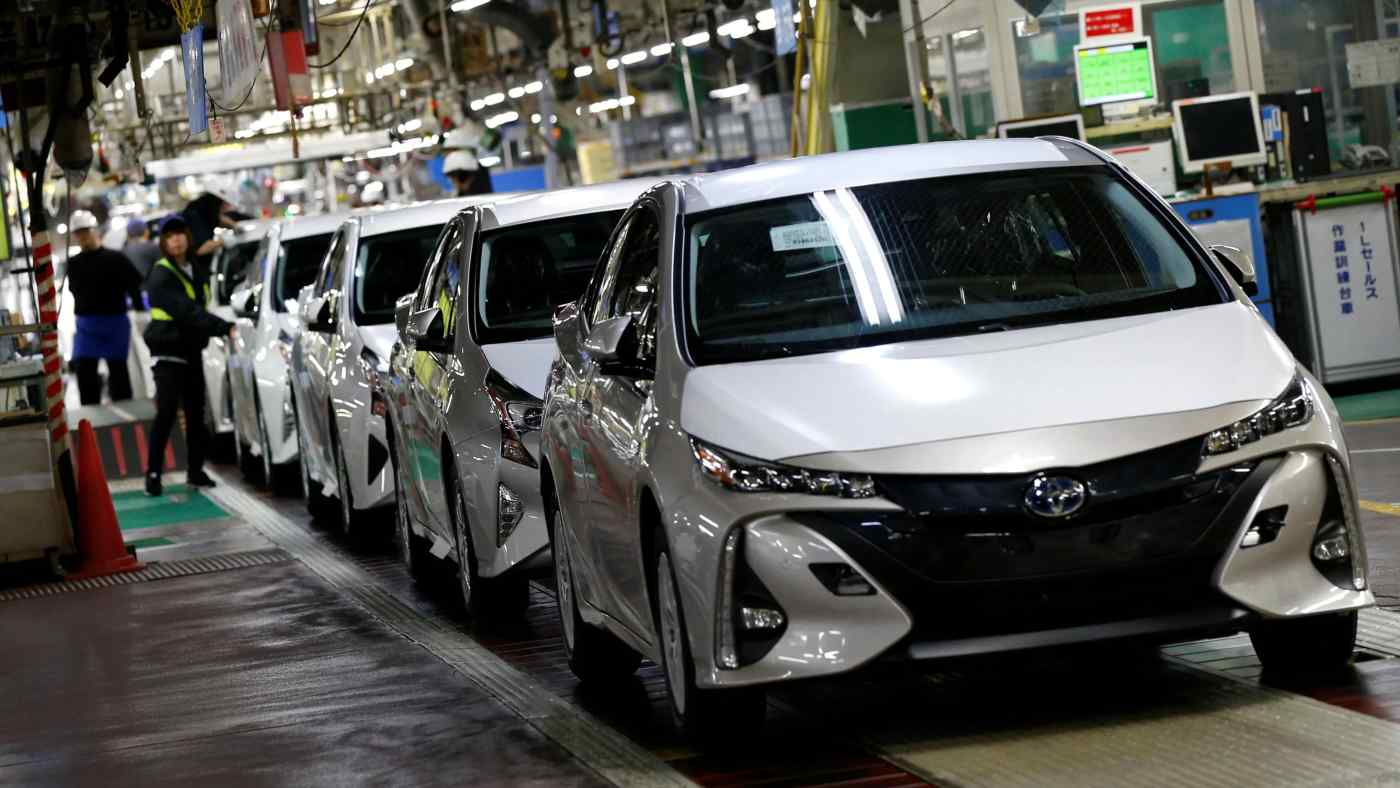 Toyota Motor was a trailblazer in hybrid vehicles with the Prius, but it has been slow to jump on the electric bandwagon.   © Reuters
YUKIHIRO OMOTO, Nikkei staff writerApril 3, 2019 04:44 JSTUpdated on April 3, 2019 14:01 JST | Japan
CopyCopied

NAGOYA -- Toyota Motor plans to offer royalty-free access to its coveted hybrid-vehicle technology patents, the company announced on Wednesday afternoon. The company said it will release a total of 23,740 active patents in the field.

Nikkei reported on Wednesday morning that the automaker's policy shift will encourage competitors to enter the market. The latest patents covering motors, power converters and batteries are expected to be among those released.

Toyota's change of heart was driven by a fear of hybrids losing relevance as the broader industry moves toward pure electric vehicles.

Toyota hopes that this move will keep hybrids, a specialty of the automaker, on top in energy-efficient vehicles for longer while the industry works out the kinks holding back fully electric vehicles. It is also seen as a way for Toyota to buy time for its own belated shift to electric cars.

The idea is to not only make hybrid production accessible to more manufacturers, but also bring down costs by increasing the supply of key parts.

After the groundbreaking release of the Prius in 1997, the carmaker initially hoarded its technology. A Toyota executive looks back at the decision and says that "the size of the market stagnated" as a result.

The company likely figured that even if it offers its technology to other automakers, it can retain an edge via its manufacturing know-how and the strength of its brand. 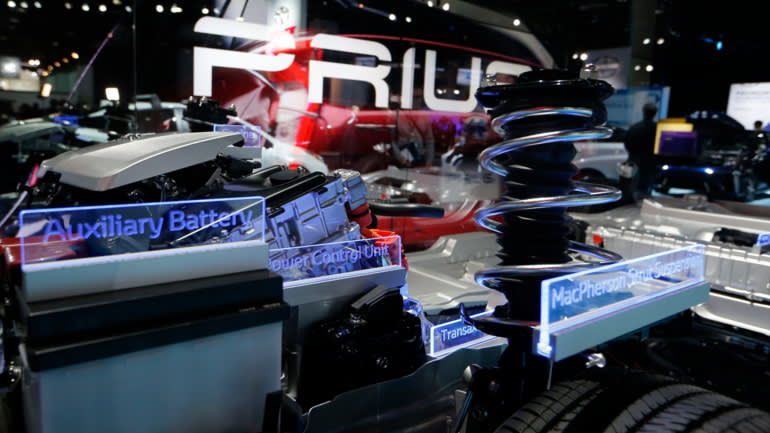 A cutaway of a Toyota Prius on display at the North American International Auto Show in Detroit in January 2016.   © Reuters

The patents will likely attract the interest of Chinese automakers, which face tightening emissions standards at home. Toyota has been in talks since last year with Zhejiang Geely Holding Group on a technology-sharing deal.

Toyota officials have previously hinted at a more open approach, saying that spreading technology for environmentally friendly vehicles is meaningful in itself. The carmaker has already offered free use of about 5,680 patents related to fuel cell technology until late 2020.

Putting hybrids front and center is crucial for Toyota, a marginal player in the electrics market. The company started developing electric-car technology back in 1983 yet has no mass-market models in the field, with its last offering, the eQ compact, limited to a small-scale 2012 release.

Even as the auto industry's attention has turned to electrics in recent years, Toyota has been slow to join the trend, keeping its focus on hybrids. The automaker plans to roll out its first new electric car since the eQ in China next year, racing to catch up with rivals with much more extensive plans, such as Volkswagen.

But in hybrids, Toyota remains dominant. It has sold 13 million since the launch of the Prius, the world's first mass-produced hybrid, thanks partly to efforts to grow sales in Europe and China as well as Japan.

The company has brought hybrid prices down to a level where they can compete with conventional equivalents. A hybrid version of the mainstay Corolla sedan can be purchased in China for as little as 137,800 yuan ($20,500) -- less than the costliest standard Corolla.

Europe is set to slash its emissions target by nearly 30% in 2021 to 95 grams of carbon dioxide per kilometer traveled. Just five of 13 major automakers in Japan, Europe, the U.S. and South Korea are expected to meet the new requirement on schedule, with Toyota and Honda Motor among those on track to succeed, according to British research firm PA Consulting.

Toyota is forecast to achieve the lowest average CO2 emissions at 87.1 grams per kilometer, thanks to the relatively large share of hybrids in its sales. Volkswagen is projected to fall short and could face 1.4 billion euros ($1.57 billion) in fines.

Even in 2030, electric vehicles will account for just 11% of global sales by volume, according to one estimate. Hybrids' market share is expected to surge to 43%, up nearly 40 percentage points from 2018 to a level rivaling conventional autos.

But this could prove just a blip. The U.K., France and Spain are set to ban by 2040 sales of all autos powered by internal combustion engines, including non-plug-in hybrids along with gasoline and diesel vehicles. China has excluded hybrids from its efforts to promote eco-friendly vehicles.