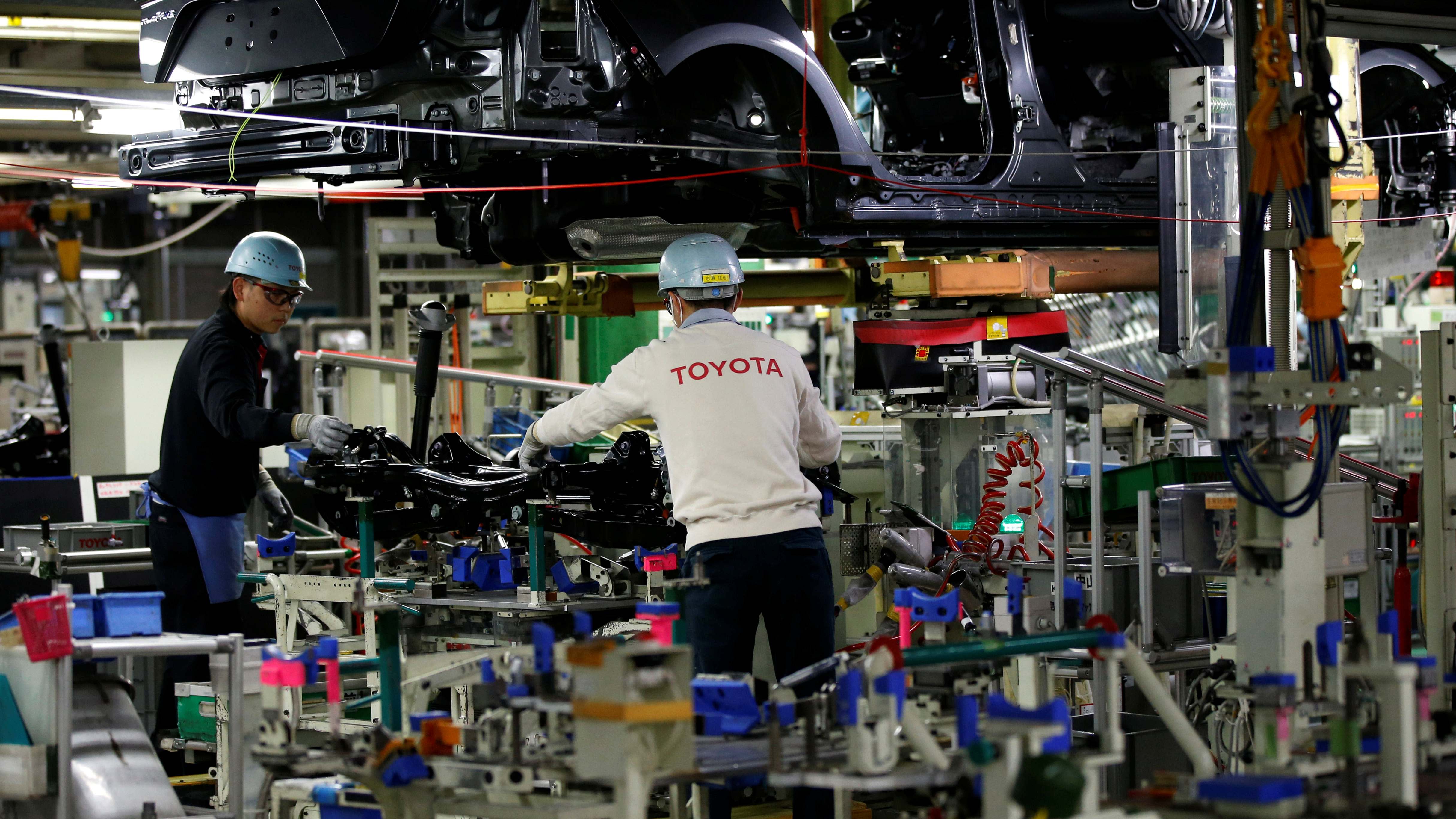 Toyota Motor is overhauling its management structure to provide a faster pathway from the plant level to the executive suite.   © Reuters
Nikkei staff writerDecember 1, 2018 06:22 JST
CopyCopied

NAGOYA -- Toyota Motor said on Friday that it will introduce a new management framework from January, eliminating several titles and putting less emphasis on age or length of employment, as it hurries to put together the best composition of leaders to steer the Japanese company into a new era for automobiles.

The company will create a rank of "senior professional/senior management," replacing previous titles such as managing officer, executive general manager and lower-tiered senior grade 1 and 2 managers. The new rank will number roughly 2,300, and will serve as a pool of candidates to fill key positions in the group, such as heads of internal-companies, plants and regions, giving Toyota the flexibility to promote from a wide variety of expertise.

Previously, these key roles were filled by a narrower pool of 80 leaders.

By widening the pool and shortening the corporate ladder, Toyota aims to put talent in their 40s to their 60s in a wide range of positions. This way, the company can improve its responsiveness to changing external conditions -- especially when it comes to the stiff competition to develop autonomous vehicles and mobility services.

For example, the shuffle will see three senior professionals around 50 years of age named president of an internal company or chief officer. Such positions have usually been filled by older and more experienced vice presidents or managing officers. More in their 40s will fill deputy general manager and regional manager posts. Meanwhile, veterans in their 60s will also be considered for such senior positions.

President Akio Toyoda and six executive vice presidents will retain their titles and ranks at the top of the hierarchy. "It is necessary to spread future mobility not as concepts but in the real world," Toyoda said in a statement Friday.

"The revisions to our organizational structure are designed, by reducing the number of structural layers, to allow rebirth into a Toyota that is able to reach conclusions more swiftly, make prompt decisions, and take immediate action faster than ever," the president added.

The move comes as Toyota is sharpening its focus on mobility. This year, the automaker and Japanese tech company SoftBank Group formed a mobility services venture. Toyota has also decided to transfer electronic components production to group company Denso.