Carmaker turns to group specialist for electrification and automation 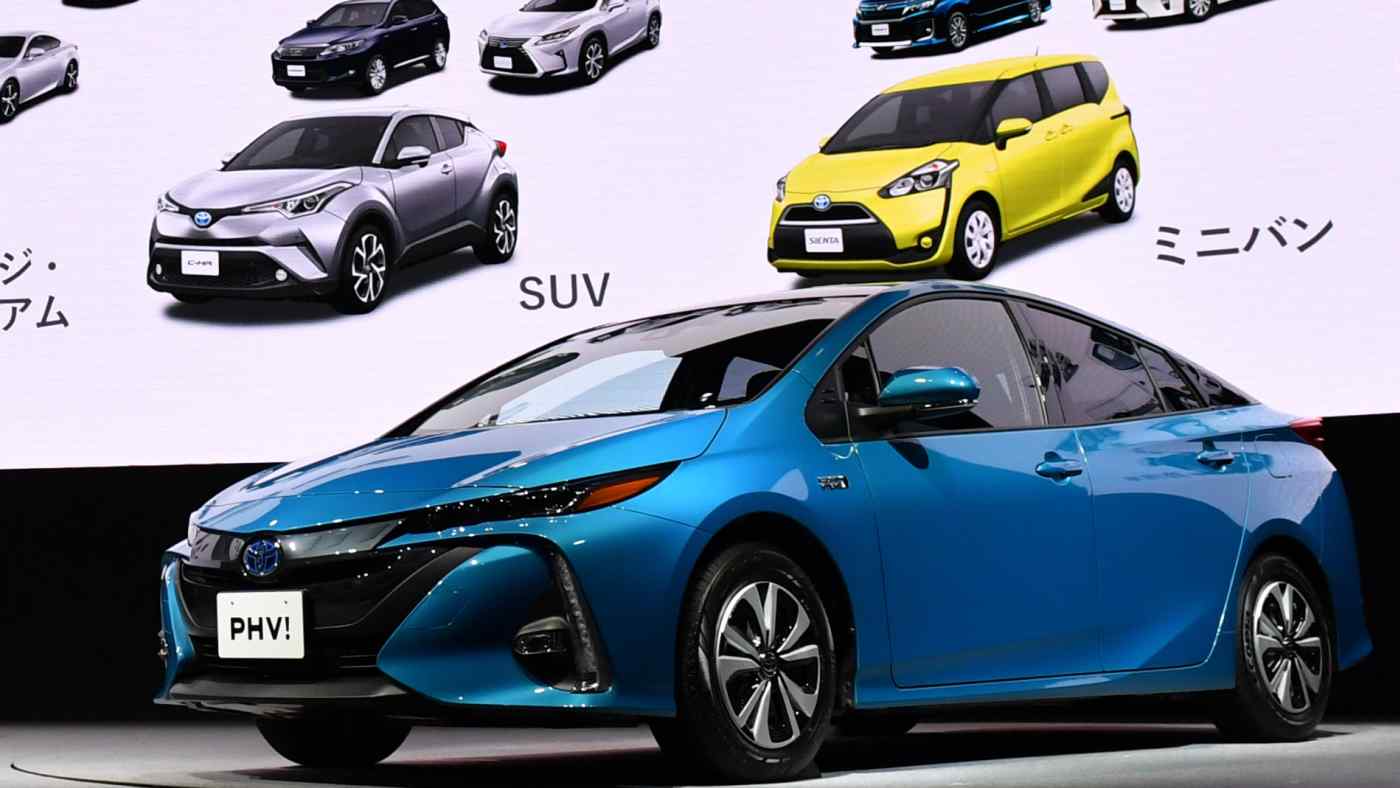 Toyota is looking to transfer one plant's production of a key part completely to supplier Denso, which makes parts for hybrids like the Prius. (Photo by Tomoki Mera)
TOMOYOSHI OSHIKIRI and SORA TAKAHASHI, Nikkei staff writersJune 2, 2018 08:34 JST | Japan
CopyCopied

NAGOYA, Japan -- Bracing for a battle for supremacy in next-generation technologies, Toyota Motor plans to consolidate production of key electronic components to group company Denso as part of a broader reorganization aimed at eliminating overlap.

As a first step, Toyota is considering transferring the production of electronic parts at a plant in its home prefecture of Aichi to parts supplier Denso, as well as combining the companies' development functions, the automaker said Friday. The plant annually churns out around 800,000 power control units.

Toyota has been concentrating operations involving brakes and seats at group companies. But this marks the first time that it hands over a domestic plant to a group supplier in a major strategy shift for an automaker that has long valued its do-it-yourself approach.

Labor and management will discuss dispatching about 1,600 Toyota employees to Denso, an effort aimed at letting them interact with counterparts possessing high expertise. Toyota owns 24% of the parts supplier, but some have marveled that the automaker is willing to entrust it with so much.

The aim is "reconstructing the operations of the overall Toyota Group," President Akio Toyoda said in comments published Friday. The automaker will divide its businesses into "home" operations that Toyota itself excels at and "away" enterprises in which group and partner companies have technological advantages.

Eliminating overlap in group functions will allow Toyota to pour more human resources into electrification technology. The automaker has proven somewhat slow at adapting to major technological shifts, despite its drive to constantly improve and its skill with existing tech. But Toyoda said the company is facing a "once-in-a-century transformational period," likely in hopes of lighting a fire under staff.

Denso pulls in over 5 trillion yen ($45.6 billion) in annual sales. It makes engine and air conditioner parts, plus a number of components for Toyota hybrids such as the Prius, and has amassed core technologies for electric vehicles as well.

Besides motors and inverters -- two of three components seen as necessary for electrification -- Denso is strong in the third component, electronic control units used to regulate batteries. In 1950, just a year after its founding, Denso even developed its own prototype electric vehicle, including the chassis. The Denso Go ran nearly 200km on a single charge nearly 70 years ago.

But the competition is already on the move. Around the time Toyota and Denso announced their plan, Fiat Chrysler Automobiles said it would expand its partnership with Waymo, Google's autonomous-vehicle cousin, which has made strides in automated-driving data.