US tariffs and technology shifts threaten automaker's production at home 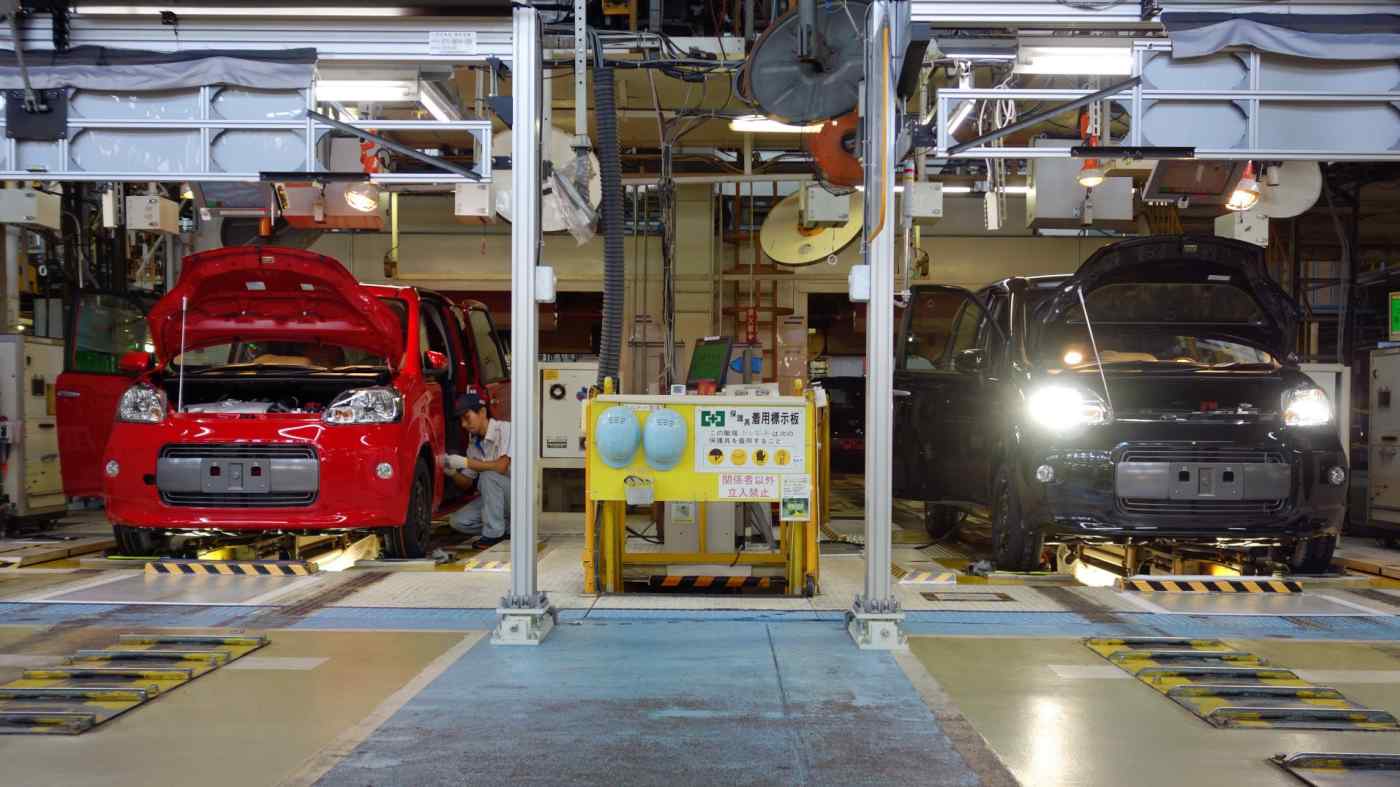 NAGOYA, Japan -- Toyota Motor's planned closure of a plant in Japan underscores its predicament as it strives to keep domestic output at 3 million vehicles a year amid headwinds such as looming U.S. auto tariffs and pressure to spend heavily on development.

The Japanese automaker said Friday it will shut down a subsidiary's passenger car plant in Shizuoka Prefecture in 2020 to consolidate much of the factory's operations at the unit's existing facilities in northeastern Japan.

The plant currently produces about 50,000 vehicles a year, including the Porte and Spade compacts, the JPN Taxi and the Century luxury car. Production of the two compacts may be relocated or discontinued, while JPN Taxi output will be moved to the northeast facilities, and the Century's production likely will be taken over by one of Toyota's own plants in its home prefecture of Aichi.

The Shizuoka plant's roughly 1,100 workers will be reassigned to the other two locations in phases starting this fiscal year. The Toyota subsidiary operating the Shizuoka and northeast plants, in Miyagi and Iwate prefectures, produces a total of 500,000 units a year.

As part of broader efforts to raise efficiency, the Toyota group will move production of the Vitz compact from Aichi to northeastern Japan this fall. And for the first time since its founding in 1937, Toyota will transfer the operations of an entire factory to a group supplier by handing over an Aichi factory making electronic components to Denso around the end of 2019.

Toyota considers domestic production of 3 million autos the minimum necessary for maintaining employment levels and a research and development hub in Japan. For nearly four decades starting in the 1980s, the automaker has kept that level of output, with the only exceptions being the 2008 financial crisis and the 2011 earthquake and tsunami. But that baseline is vulnerable unless the company improves efficiency, as technological development in automated driving, electrified vehicles and sharing services demands ever-higher spending levels.

Toyota recently established a business in Tokyo dedicated to developing automated-driving technologies, with three group companies to pour 300 billion yen ($2.69 billion) into the venture. And Toyota will invest 1.5 trillion yen by 2030 in a car battery business with Panasonic.

The additional U.S. auto tariffs proposed by President Donald Trump are another threat to the automaker's output in Japan because the levies would make Japanese cars uncompetitive in the American market. Toyota exports roughly 700,000 autos a year from Japan to the U.S.

The company has grown more reliant on exports in recent years. In the early 1990s, it sold about 60% of its domestic output in Japan, but that has been down at around 50% since 2012.