Toyota to break down walls of dealerships in Japan 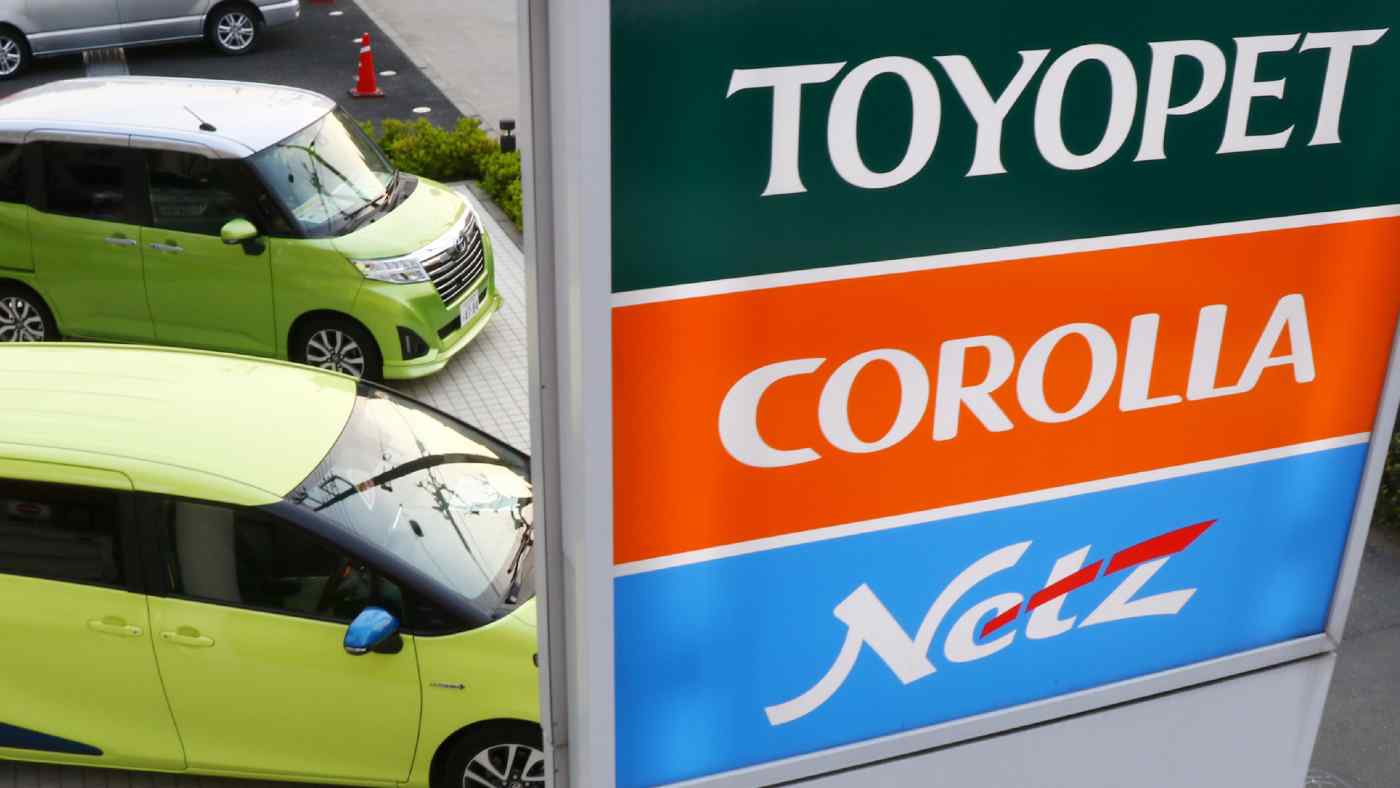 NAGOYA, Japan -- Toyota Motor will revamp its decades-old practice of selling cars in Japan through multiple dealership chains catering to different segments of the market, selling all models at any outlet.

By overhauling its sales strategy set in place for more than 60 years, the automaker aims to cope with decreasing car ownership and the rise of vehicle-sharing as Japan's auto market shrinks 30% from peak levels.

Toyota will also halve the number of models it develops for the Japanese market from the current 60, based on popularity.

Toyota plans to make all passenger models available at each of its 5,000 dealers nationwide by 2025.

Even though dealers will likely keep the name of the dealership chain they belong to, their product lineups will be integrated. This is expected to help Toyota reduce development costs. The upmarket Lexus brand will retain its own network.

When the domestic auto market was expanding, Toyota was able to increase sales by capturing different customer bases through segmentation. But Japan's declining population has left few prospects for strong growth, forcing the automaker to re-evaluate its strategy as development and sales costs related to the dealership system climb.

The spread of car-sharing is one reason why the domestic auto market is stalling. Toyota was the only Japanese automaker able to maintain a segmented dealership network because it controls half of the country's new-vehicle sales, at over 1.5 million units per year. But the profitability of this model will be unsustainable should car ownership decline.

Toyota plans to enter the car-sharing business in spring 2019 to cultivate new customers, initially rolling out the service at directly operated dealers in Tokyo and eventually allowing regionally operated dealers nationwide to participate as well. It will also encourage partnerships between dealers and companies in other industries like food and retailing.

Consumer needs are also changing. Small cars, minivans and sport utility vehicles represent most of the top 10 best-selling models in Japan, according to an industry group. Yet Toyota's Harrier SUV, as well as its Alphard and Vellfire minivans, are available only through one dealership chain. Toyota's dealership overhaul will give consumers more choices on each visit.

Of Toyota's roughly 280 sales companies, more than 90% are independently managed by local businesses. The locally-oriented approach has helped the company become Japan's top-selling automaker. Its market share, including minivehicles, was 31.2% in 2017, up 1.6 percentage points from 10 years earlier. Should the market continue to shrink, however, about 20% of those sales companies will fall into the red, according to one estimate.