Toyota to build its first assembly plant in Myanmar 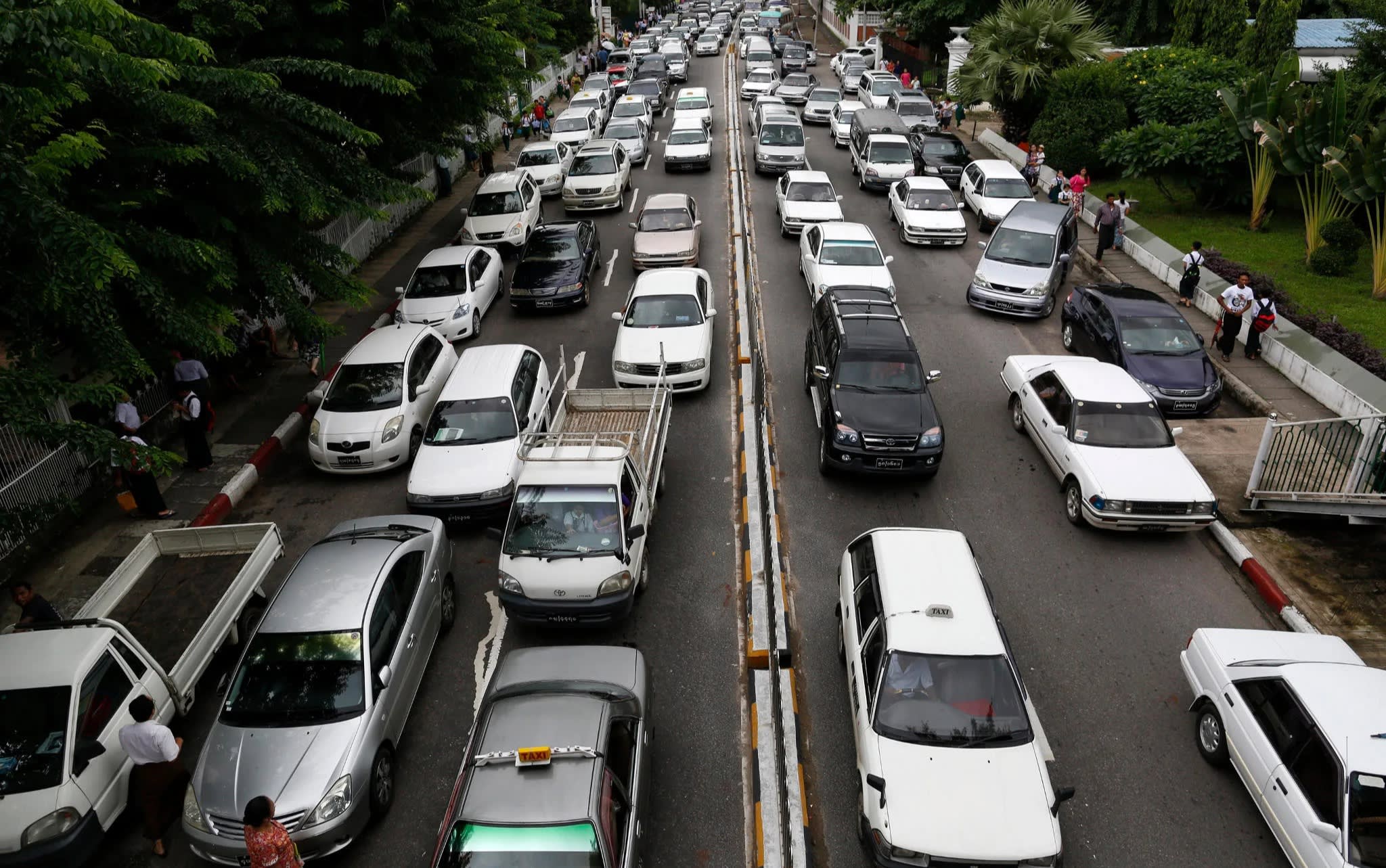 A traffic jam in Yangon. Imported used Toyotas are a common sight on Myanmar's roads, but the government has moved to curb inflows of second-hand cars.   © Reuters

Toyota's move, which comes as Myanmar's government raises barriers to imports in an attempt to build up the local auto industry, is expected to prompt more auto parts suppliers to invest in the country.

The plant will be located in the Thilawa Special Economic Zone outside Yangon and initially produce up to about 10,000 pickup trucks a year. Toyota's initial investment is expected in the tens of millions of dollars. An official announcement is expected by the end of the month.

Though Toyota produces vehicles in five Southeast Asian countries including Thailand and Indonesia, it was cautious about entering Myanmar given the small market and likely challenges securing local suppliers.

But Myanmar has begun squeezing auto imports in an attempt to prod carmakers to invest in the country, as the government seizes on the industry's potential to create jobs. Imported pickups face a special registration fee of up to 40% of their import price. Locally produced cars are not subject to these fees and instead receive tax exemptions.

The government also has gradually restricted the import of right-hand-drive vehicles, a move that has more than halved the once popular imports of used Japanese cars.

New-auto sales in Myanmar more than doubled to roughly 17,500 units in 2018, the Automotive Association of Myanmar says. Japan's Suzuki Motor, which began local production in 2013, led the pack at 10,330. Toyota sold just 3,017 as the registration fee raised its retail prices.

But imports of secondhand Toyotas have helped the brand take root.

"I sold my old secondhand car and bought a new one," said Win Aung, a 46-year-old factory owner who purchased a new Toyota in April. He uses the vehicle to drive his four children and other family members to school and sometimes to the beach for holidays.

"Our recent trip was very smooth, and all of us are satisfied," he said.

For now, automakers are assembling cars in Myanmar using only imported components, a production model known as SKD or "semi-knocked down." But they could move welding and paint processes to the country once output increases. Suzuki and Nissan Motor are considering building the facilities to do so.

Though demand could slow compared with the past several years, Cyriac said it "is expected to stabilize to a double-digit growth rate, driven by SKD operations as well as financial support schemes such as hire purchase agreements."

The next step for Toyota would be to establish a local supply chain. The Japanese automaker localizes vehicle and parts production in promising markets to boost competitiveness. But Myanmar's roads, electrical grid and other infrastructure are underdeveloped, and few suppliers could meet Toyota's exacting standards.