Toyota under fire over support for diesel bans in Europe 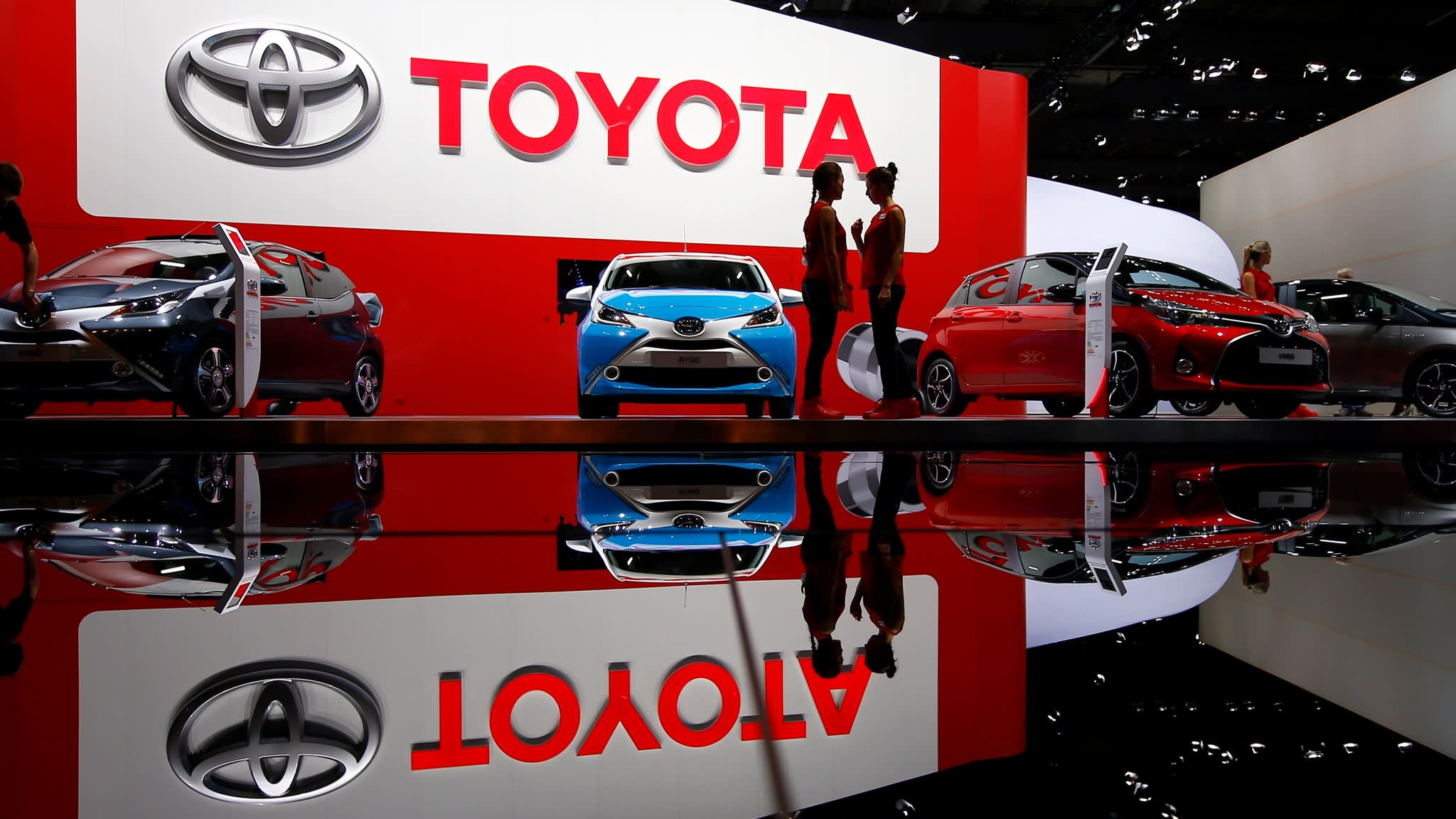 HAMBURG, Germany -- Toyota Motor is under fire in Germany for its decades long support of an environmental action group, which politicians have claimed is damaging the German car industry.

The Japanese carmaker has for some 20 years contributed to Environmental Action Germany, which has won a number of legal cases in German cities to ban diesel vehicles from central districts to enforce pollution limits.

However the bans are sparking fears over the implication for jobs, as Toyota this year outpaced average industry growth in the country. Politicians are now accusing the Japanese carmaker of using the non-governmental organisation to create a competitive advantage for its portfolio of hybrid electric vehicles, over German carmakers who are far more dependent on diesel cars.

"One motivation could for example be the large subsidization from the Japanese auto industry in order to harm their local rivals," it added.

The local branch of the CDU has put forward a motion to be voted on at this week's party conference calling on the government to withdraw all subsidies for EAG in part due to its association with Toyota.

The far right Alternative for Germany -- now the country's biggest opposition party -- has also suggested EAG's actions may have been encouraged by its association with Toyota. "What actually is this EAG that villainizes the German auto industry in such a massive way?" charged AfD transport policy speaker Dirk Spaniel in parliament. "Does this parliament know that Japanese carmaker Toyota is one of EAG's main donors?" he added.

Toyota did not reply to a request for comment. But Alain Uyttenhoven, CEO and president of Toyota Germany, earlier this year confirmed to German media that the debate over diesel bans had resulted in many people buying a Toyota car for the first time.

Meanwhile, a German brewery company last week stopped its funding of EAG, with German media speculating the decision was due to the rising criticism of the NGO's association with Toyota.

In September, Toyota sales of hybrid cars in Europe hit 2 million. Hybrids now account for more than 50% of its Europe portfolio.

But Toyota still faces a daunting battle to catch up in Germany. The company's overall sales growth there rose 5.4% in January-October, easily outpacing the market's total sales growth of 1.4%. However Toyota still claimed only 2.5% of the 2.9 million newly-registered cars in the period, virtually unchanged over last year.

EAG confirmed to the Nikkei Asian Review that it had for 20 years received annual funding for specific projects from Toyota. It did not specify the amount, but said it was in the "mid-five digit range." In interviews in German media, the NGO has been quoted as saying it receives between 30,000 and 50,000 euros a year.

Among the projects Toyota has funded is the executive car check, involving an assessment of the environmental impact of official cars used by Germany's top politicians, high-ranking civil servants and private sector managers. It has also helped to fund EAG's environmental taxi check.

Toyota cars are hardly present in either Germany's executive or taxi fleets. The NGO has explicitly lamented the absence of the Prius in the German executive car fleet. EAG's opponents have also pointed out that it has in the past received donations from manufacturers of particular filters for diesel cars while campaigning for those devices.

Juergen Resch, EAG's executive director, dismissed all allegations of bias."[The funding from Toyota] did not stop us suing Toyota 47 times so far for breaches of consumer protection regulations," Resch told Nikkei Asian Review. "And, two and a half years ago we tested a Toyota diesel and publicized and criticized our finding that its NOx reading exceeded the permitted level by 5.1 times, in the same way as we have done with the breaches of other manufacturers," he added.

The outcry over the Japanese carmaker comes weeks after a judge ordered the state of Hesse to negotiate a settlement with EGA for a ban on diesel in the city of Darmstadt. It was the thirteenth legal challenge since February when Germany's top administrative court ruled that German cities have the right to ban diesel cars.

Diesel sales in Germany have fallen sharply, dropping by 18.6% in the first ten months of the year, compared to the January-October 2017, whereas hybrid sales posted strong growth of 57.3%.

The downturn has mainly hit German manufacturers, while Japan's carmakers are benefiting from an early focus on hybrids. Toyota, Nissan Motor and Subaru all earlier this year announced they would stop selling diesel cars in Europe. Indeed, Toyota's Yaris, Auris, Prius, C-HR and RAV4 models accounted for over half of the 6,900 hybrids that were newly-registered in Germany in October. 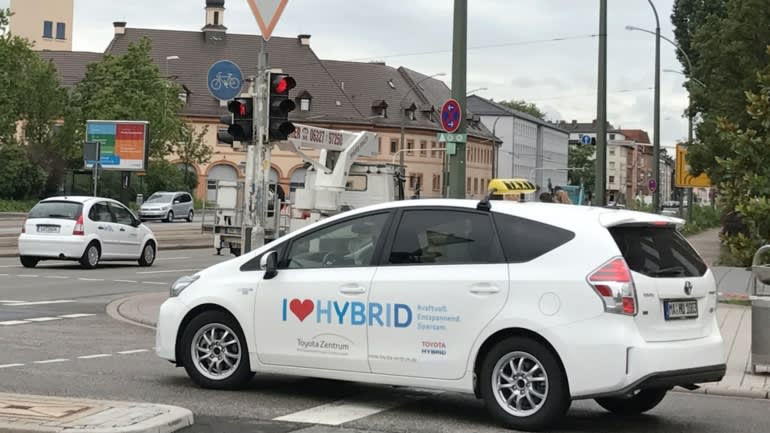 Pure electric cars still have almost no share of the German market with only 1.3% of newly-registered vehicles in October, compared to hybrids' 4.4%.

According to research by Sylvaine Poret, an economist at the French National Institute for Agronomic Research, corporate sponsoring of environmental NGOs becomes questionable when it is used to impose the environmental or social regulations adhered to by one company on an entire sector -- in effect creating a competitive advantage for that company.

Ferdinand Dudenhoeffer, a professor at the Center for Automotive Research at the University of Duisburg-Essen, predicts any advantage that Toyota has as a result of EAG's crusade for diesel bans will be short-lived.

"Toyota is gaining an advantage through the diesel bans now, but in two or three years the German rivals will have stabilized, in large part because they have been strongly focusing on electric vehicles for which demand will grow greatly in the medium term," Dudenhoeffer said. "By contrast, Toyota is among the slowest manufacturers in terms of turning toward EVs, with Nissan being better but suffering from not having a strong brand in the Europe market," he added.