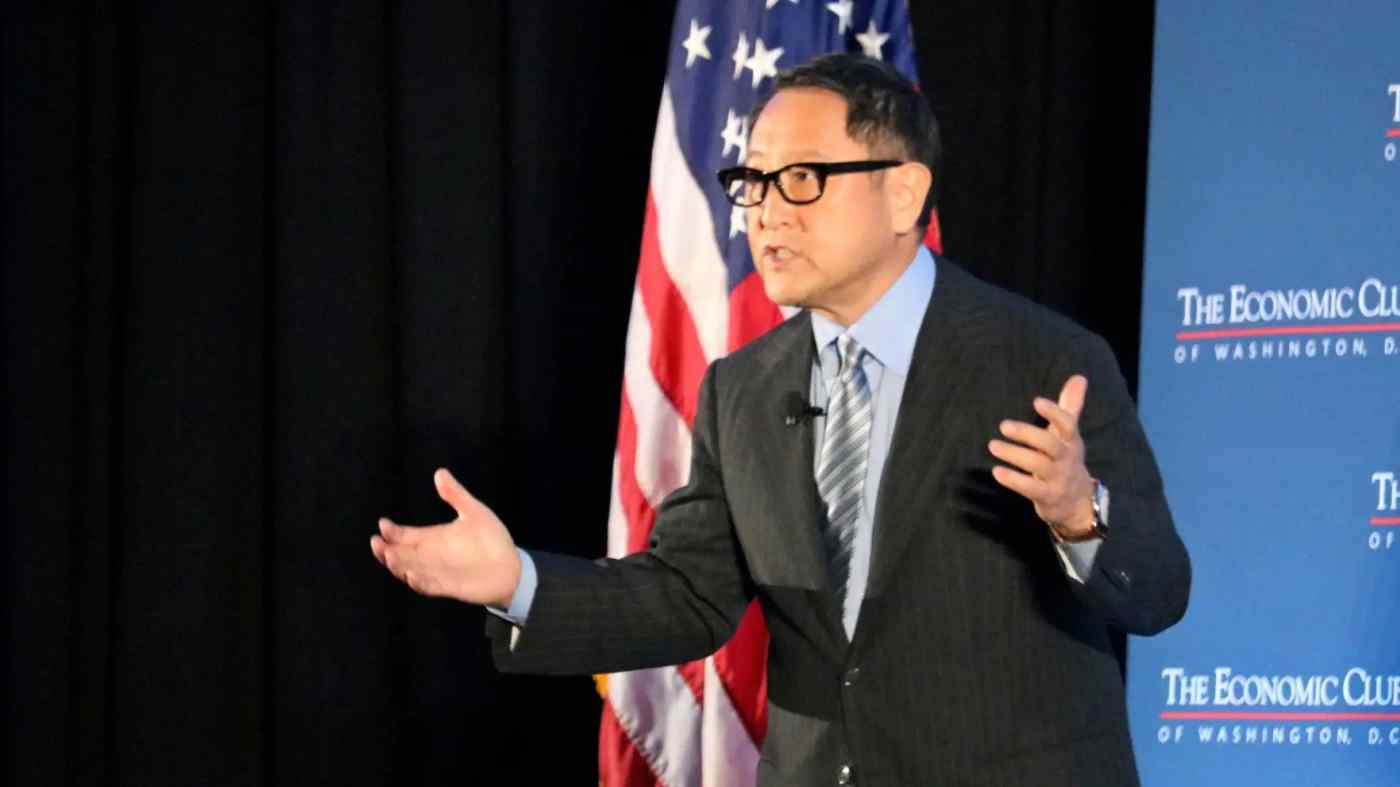 Toyoda spoke at the U.S. capital at the invitation of the Economic Club of Washington, D.C., one day after the automaker announced $749 million in fresh investments in the country. As Trump weighs new tariffs on foreign-built autos, Toyoda said: "Regardless of the direction we go, we will never leave the United States. We will stay here."

Toyoda came to Washington to emphasize the company's contributions to the U.S. economy, ahead of trade negotiations between the U.S. and Japan set to start as early as next month.

The executive opened his speech by highlighting the 2018 induction of his grandfather and Toyota founder Kiichiro Toyoda in the U.S. Automotive Hall of Fame. He recounted the history of the automaker with a sense of humor, and thanked the U.S. for playing a key role in Toyota's success.

Toyoda made no mention of the potential increase in tariffs, but said, through an interpreter, "I just don't know why they call [imported vehicles] a national security threat. That really makes me feel sad. I hope that this kind of conversation can go away." He stressed that no matter the location, Toyota cars are "made by Toyota."

The company's latest U.S. investment announced Thursday will span five states. Toyota will increase production of hybrid parts in America in response to the reworked North American trade agreement expected to take effect as early as next year, which will require a car or truck sold in North America to have 75% of its content procured from within the region in order to avoid tariffs.

Toyoda said the automaker will invest a total of $13 billion in the U.S. over the five years through 2021, including expansion of Alabama production. On Twitter, President Trump responded "Congratulations Toyota!" -- a sharp contrast from his "NO WAY!" tweet when the company announced a new Mexican plant two years ago.

With the automotive industry undergoing rapid changes as the focus of competition shifts to newer areas like autonomous driving and mobility services, Toyoda conceded that the old business model may no longer work. But he also pointed to the great expectations for automakers, and said Toyota will accelerate U.S. development of cutting-edge technologies.