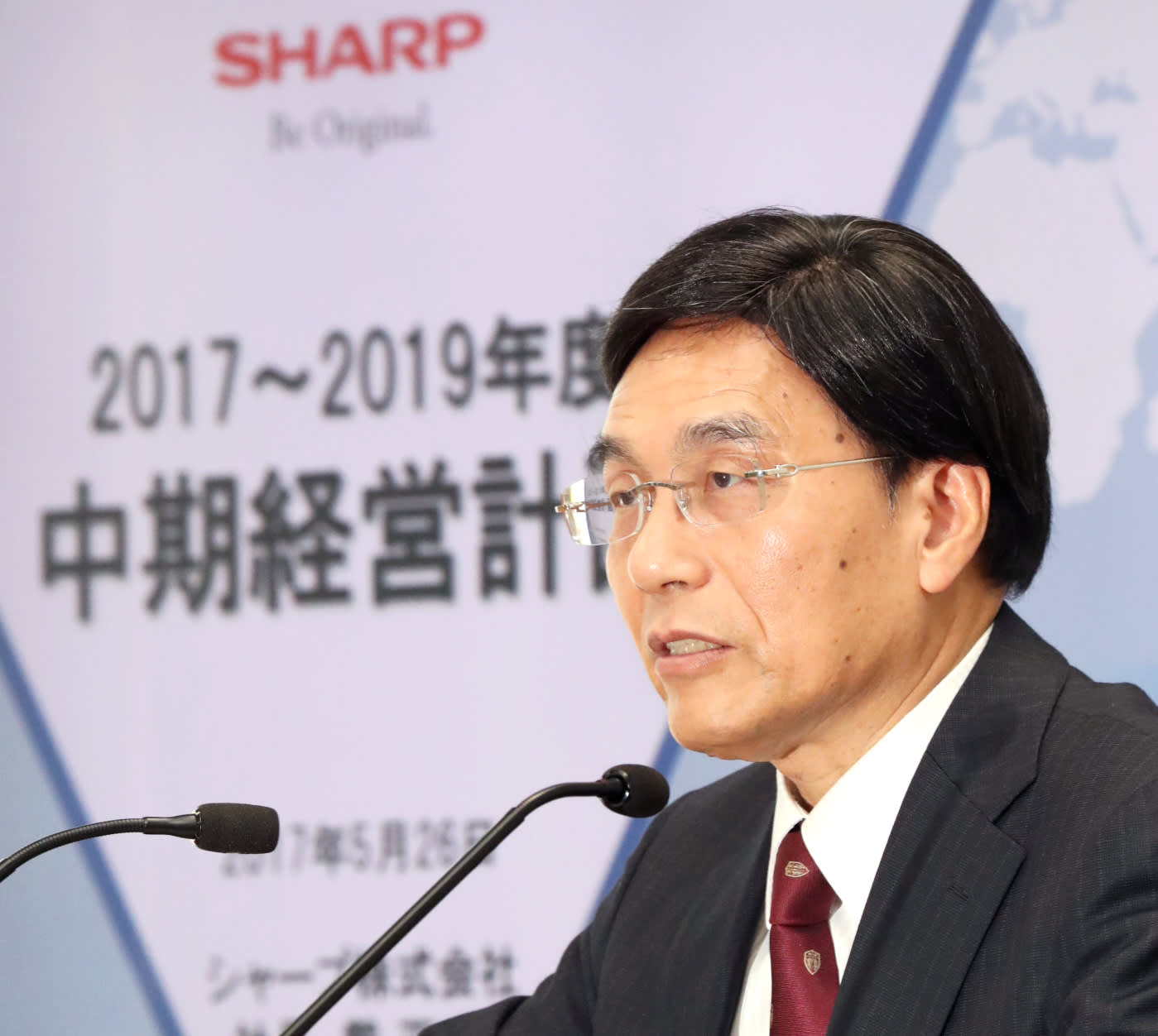 OSAKA -- Sharp has emerged lean from a bout of intense cost-cutting under parent Hon Hai Precision Industry, booking a long-awaited pretax profit in the year ended March, though scant manpower could make taking the next step toward growth a risky proposition.

After stepping up as president of the struggling Japanese electronics maker, Tai Jeng-wu likened Sharp to "a rich kid." The solution, he implied, was a little fiscal discipline. Tai assumed veto power over outlays as small as 3 million yen ($26,973), down from several hundred million yen before, and personally took a fine-toothed comb to Sharp's investment plans. Nonessential outlays were struck -- a cost-cutting strategy honed at the Taiwanese contract manufacturer also known as Foxconn, where Tai became, as he remains, the right-hand man of Chairman Terry Gou.

Sharp leaned on Foxconn's robust buying power to renegotiate deals such as supply contracts, including a long-term purchase agreement that had the manufacturer paying above market rate for the silicon used in solar panels. This tacked roughly 10 billion yen onto earnings, putting the solar power business into the black for the first time in three years in fiscal 2016. The company overall logged its first pretax profit since fiscal 2013.

This ruthless practicality is being extended to less tangible areas as well. A strictly meritocratic scheme for promotion and compensation is being introduced to motivate employees. Bonuses will be set at between one and eight months' salary, depending on performance.

After a period in recovery, Sharp is ready to shift its focus "from structural reform to expanding operations," Tai said. Plans for this next phase of growth are already in motion. Sharp and Foxconn broke ground on a liquid crystal display panel plant in China this spring, and a U.S. plant, where an executive said Sharp would take the lead, is under consideration. The pair have also bid on Toshiba's valuable semiconductor memory operations.

Still, success is not assured. Sharp's workforce is down more than 20% from its peak. The company discharged around 6,000 workers under a voluntary early retirement plan before being acquired by Foxconn last year. They included "staff that should be holding up the core of the company," according to one former Sharp worker.

The electronics maker plans to take on more than twice as many fresh college graduates next fiscal year as it did with this year's batch of recruits. But getting them up to full speed will take time. While Sharp may have moved past the worst of its financial woes, sizable risks still lie ahead.