US investor adviser urges AGM to vote against Toshiba nominees 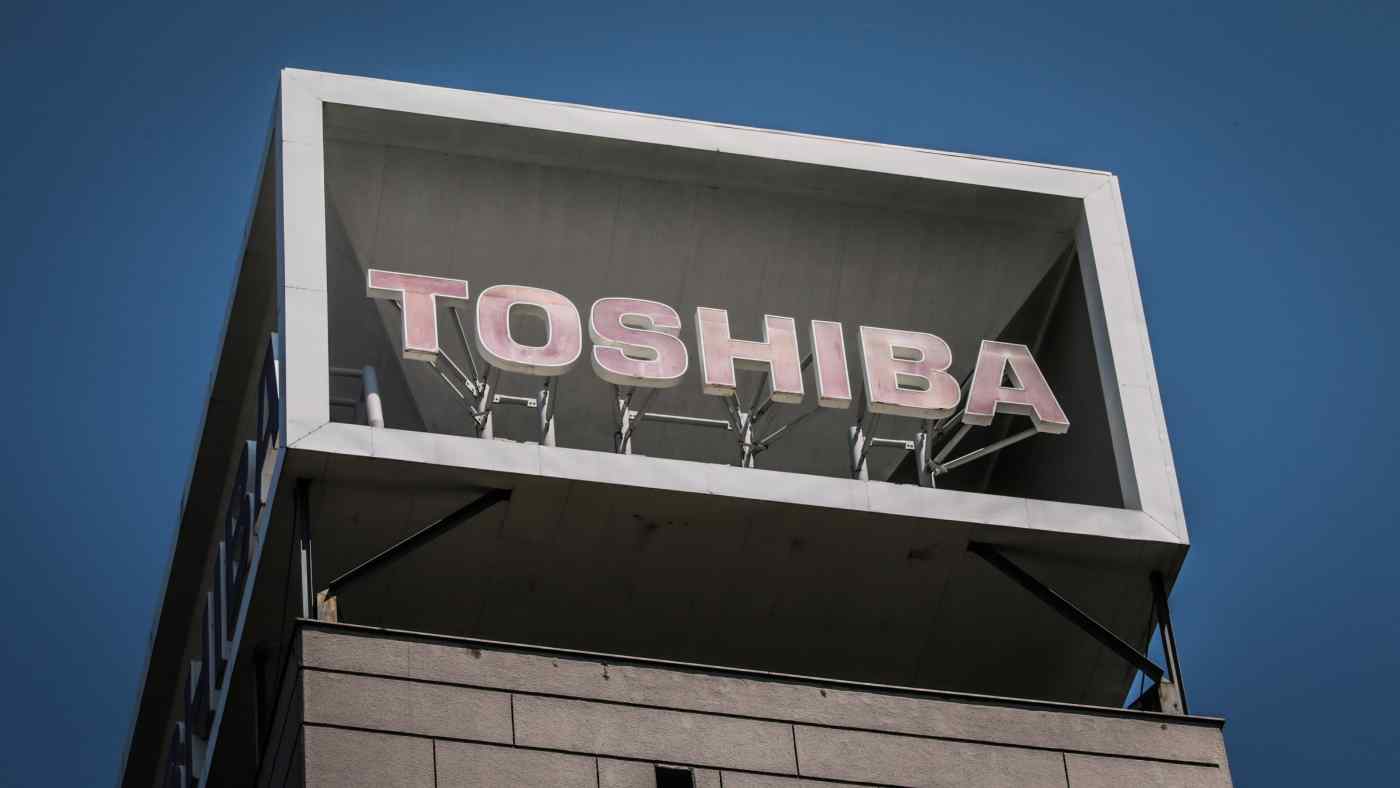 Japan's trade ministry has denied that it worked with Toshiba to prevent shareholders from fully exercising their rights at the company's annual meeting last July. (Photo by Yo Inoue)
Nikkei staff writersJune 11, 2021 14:03 JSTUpdated on June 11, 2021 18:03 JST | Japan
CopyCopied

TOKYO -- U.S. proxy advisory firm Glass Lewis is urging shareholders to vote against Toshiba's board chairman and four other board nominees at the company's annual general meeting this month, after a probe into the conglomerate that has highlighted its governance issues.

An independent report published on Thursday, found that Toshiba, one of Japan's most famous corporate names, and officials at Japan's trade ministry devised a plan to prevent Effissimo Capital Management, which holds 9.9% of Toshiba's shares, from fully exercising its proposal at Toshiba's annual shareholders meeting last year.

The probe, conducted by a trio of lawyers, was launched after Toshiba investors passed a resolution at an extraordinary shareholders meeting in March.

Glass Lewis, an influential adviser on corporate shareholders' voting decisions, considers the events set out in the report to be problematic and states that Ota played a central role.

Ota is again nominated as a board member candidate for this year's AGM on June 25, which has caused Glass Lewis to question the nominations process carried out by board chairman Nagayama.

Glass Lewis has also recommended shareholders to vote against Nobuyuki Kobayashi, Takashi Yamauchi and Ayako Hirota Weissman, who have all been serving on either Toshiba's audit or nominating committee.

On the other hand, the advisory firm recommended a vote in favor of Toshiba's current President and CEO, Satoshi Tsunakawa, and seven other candidates. Tsunakawa took over in April after former CEO Nobuaki Kurumatani abruptly resigned.

Tsunakawa said Toshiba was up against pressing issues including its governance and has said: "I will work hard to build trust with all of our stakeholders."

The report published on Thursday found that Toshiba and Japan's trade, economy and industry ministry, METI, worked together to interfere with investors, including the Harvard Management Company, exercising their voting rights at the July meeting. It suggested that METI had asked a former ministry adviser, who had connections with HMC, for help.

The report states that Toshiba requested METI's help in dealing with its shareholders, hoping the ministry would find an applicable regulation under the revised Foreign Exchange and Foreign Trade Act. The revised act, which took effect last year, requires investors who buy stakes of 1% or more in strategically important companies to notify authorities in advance.

Contact between Toshiba and Yoshihide Suga, who was then chief cabinet secretary and is now Japan's prime minister, is also detailed in the report.

Earlier on Friday Hiroshi Kajiyama, Japan's trade minister, said it was a corporate governance matter and that the ministry would wait for the company's response to the independent investigation before taking action.

"It is not clear what [the probe's conclusions] are based on," Kajiyama told reporters on Friday. He added that after Toshiba responded, METI would follow up as necessary.

Kajiyama said that in general, METI could seek information from companies through the Foreign Exchange and Foreign Trade Act. "I do not think such actions would immediately be an issue," he said.

"We will be watching Toshiba's response closely, and we understand that METI will take necessary measures based on the response," Chief Cabinet Secretary Katsunobu Kato told reporters Friday. On the question of Suga's involvement, which he has denied, Kato said: "[Suga] said, 'I am not aware of this at all,' and that is it."

Shares in Toshiba fell 1.6% in Tokyo on Friday.

SMBC Nikko Securities' Kazutaka Yoshizumi said in a report that "the situation is in flux."

"While the probe does expose issues with Toshiba's governance, we cannot say for certain the outcome is completely negative, as it could lead to change," he added.

Toshiba's share price is still up over 60% since the beginning of the year following reports that various investment funds are considering a takeover of the company.