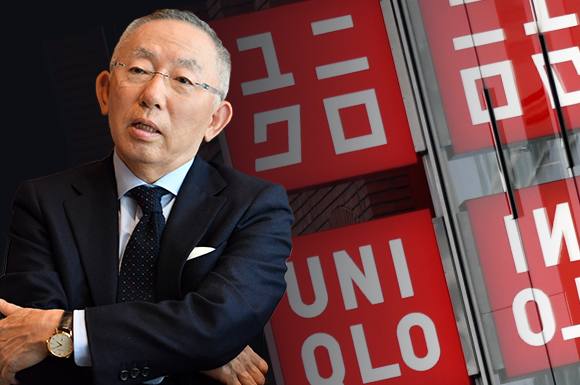 NEW YORK -- Japanese casual clothing retailer Fast Retailing dismissed any chance that the company would make its products in the U.S. despite President Donald Trump's repeated calls for manufacturers to do so, the leader of the company said here on Wednesday.

Tadashi Yanai, chairman and president of the operator of Uniqlo stores, said there is "no chance" of U.S. production for the company.

Yanai also said enhancing the company's logistics system is a key issue for its U.S. operations, adding that Fast Retailing can open outlets at a pace of 20 to 30 a year.

Trump is demanding both U.S. and foreign companies operating in the country to expand local production and increase jobs for Americans. He plans to introduce a border adjustment tax as part of efforts to promote exports, but the idea has been met with protests from importers, who complain it would increase tax on them.

Yanai blasted these measures by Trump, saying, "They would not do U.S. consumers any good."

Even if Trump directly called on Yanai's company to build a plant in the U.S., as he did with Toyota Motor, Fast Retailing "would not be able to manufacture [products] at costs that enable attractive price points for customers" in the U.S., Yanai said.

Yanai said the company would withdraw from the U.S. altogether if Trump did so because, "Then there'd be no incentive for us to be in the U.S."

Fast Retailing has nearly 50 outlets in the U.S., and store openings have slowed. But Yanai expressed confidence. "I'm sure consumers will come to our stores if we provide products that match their lifestyle," he said.

Yanai revealed that the company's strategy will include opening outlets in areas around Silicon Valley on the West Coast and large cities on the East Coast, including New York and Boston. On the other hand, "We will close existing outlets in large shopping malls on city outskirts," he said.

Yanai also mentioned that Fast Retailing has begun studying the possibility of using aircraft to move products in the U.S. as well as building a new logistics center. He indicated bringing the U.S. operation to profit may take time, citing rival H & M Hennes & Mauritz as an example. Yanai said the Swedish company "lost some 100 billion yen ($898 million)" before turning a profit in the country.

Although the rapid growth of online retailers, including Amazon.com, has significantly stifled brick-and-mortar operators in the U.S., Yanai played down the threat, saying, "e-commerce sales will never exceed one-third of the total global sales of physical operators."