Uniqlo maps out a way to dominate differently

Fast-fashion king's digital reforms are aimed at keeping the Amazon.coms at bay TOKYO -- On the sixth floor of its new headquarters along Tokyo Bay, Fast Retailing, operator of the Uniqlo clothing chain, is quietly mapping out a revolution.

The fast-fashion colossus has soared to global success on the back of a business model that emphasizes low-cost production and a strong store network. But faced with slowing growth and mounting competition from online rivals, Tadashi Yanai, the retailer's chairman, president and CEO, is leading an ambitious reform project that aims to inject a big dose of "digital" -- among other changes -- into the business.

The first through fifth floors at Uniqlo City Tokyo, located in the Ariake bayside area, serve as warehouse spaces. The 16,500-sq.-meter sixth floor is teeming with 1,000 employees. In a corner of that floor, Chief Information Officer Makoto Hoketsu was working alone at his desk. "My team members do not work around here," he said. "They are regularly dispatched to each department" -- including production, marketing and logistics. 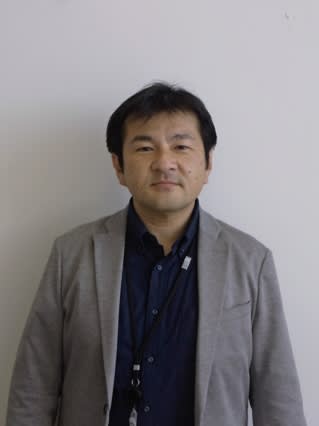 Hoketsu said his team's mission is to be involved in the day-to-day operations of the various departments so that the tech staff can better understand their needs and help improve their efficiency. "We aim to serve as a medium for delivering fresh and useful information across the floor," Hoketsu said.

At the company's old offices in the Tokyo Midtown complex, in the Roppongi area, the technology department was largely isolated from the departments it is helping now, located on a different floor. Just listening in on conversations in other departments can make a big difference, Hoketsu said.

The sixth floor of Uniqlo City Tokyo is the new control tower for drastic reforms that are underway. The clothier's business model -- mass-producing low-price products in Asia -- helped transform it into the world's third-largest apparel maker. But its growth appears to be slowing.

For the year through August last year, group sales came to 1.78 trillion yen ($15.7 billion), up 6% from the previous year. Currency fluctuation was partly to blame for the slower-than-usual growth. This fiscal year, sales growth is seen slowing further, to around 4%.

Competition is hotter than ever, with online powerhouse Amazon.com among Fast Retailing's rivals. In this rough environment, dead stock is the enemy.

The Uniqlo chain is thought to be the first in Japan to have introduced the SPA model. Short for "specialty-store retailer of private label apparel," it encompasses every aspect of the business, from design and production to the final sale. Yanai plans to add to the "digital" factor to further transform the business. He believes that leveraging information that the company had previously overlooked can help reduce the amount of products that go unsold, meaning the business will no longer have to launch big discount sales to shed excess inventory.

Yanai even dreams of a system whereby the chain produces an item upon receiving an order from a customer.

Uniqlo has made the most of inexpensive labor in Asia to become a leading global SPA player. But making goods overseas is not necessarily compatible with responding quickly to customer needs. That is why the company is rethinking the typical approach of churning out products in emerging economies. At Innovation Factory, a single machine can produce a seamless knit outfit directly from strands of yarn.

In July last year, Innovation Factory, a partnership between Fast Retailing and Shima Seiki Manufacturing, a global knitting machine maker, shipped its first boxes of knit products. Yanai has proudly called the manufacturer -- based in Wakayama Prefecture, southwest of Osaka -- "The maker with the best technology in the world."

About a year before those initial shipments were made, Yanai and Shima Seiki Chairman Masahiro Shima built up a rapport while kicking around an idea: What if, they thought, they could show that consumer nations can be producer nations, too, by using innovative production methods.

Knit products are typically made up of different knitted parts joined at the seams. But Shima Seiki's machines can produce seamless knit products directly from strands of yarn. Cutting out such time-consuming assembly processes -- such as obviating the need for seams -- could enable even factories in Japan and other industrialized nations to produce clothing at a reasonable cost. 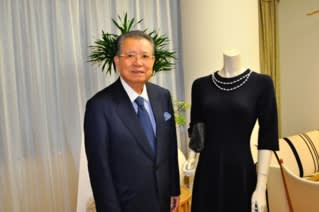 Tomoya Utsuno, manager of the production department at Fast Retailing, spent over half a week in Wakayama during the preparation phase. Uniqlo had plenty of know-how in factory management, recalled Utsuno, but operating a factory efficiently was not its strongest point. He explored ways to optimize processes to improve productivity, and the partnership eventually achieved "Uniqlo standards." Still, Utsuno feels there is room for improvement.

Shipping costs and speed are also make-or-break factors for global players. It used to be normal for Fast Retailing to place large orders to factories before a season starts, based on its sales plans. And for the most part, it relied on surface deliveries. But that is changing. To more swiftly respond to customer needs, the company is working on a system for sending out goods in as few as 10 days.

To achieve that, airplanes will be essential, although costly. But "simply choosing air shipping is not supply chain management," said Takuya Jimbo, a director overseeing the retailer's global supply chain.

Not every product needs to be delivered by air. But how to decide which item, and how many, should be shipped via plane? That is what the Ariake office is working on. It has established a system that suggests the best course of action after factoring in such variables as production status, inventory level, shipping time, shipping capacity for surface and air options, and delivery to the store. 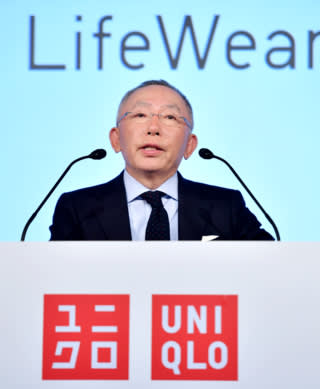 Uniqlo Chairman and President Tadashi Yanai explains the Ariake Project to reporters in Tokyo in March.

In June 2015, Masanobu Kusaka, then the manager of Uniqlo's Fifth Avenue store in New York, was told to return to Japan. When he arrived back in the capital, Yanai told him, "You're going to be the manager of our Ariake store. "There's only a warehouse there," Kusaka thought to himself. The Ariake Project had not even been hinted at yet.

While working on the famed New York street packed the flagship stores from global apparel brands, Kusaka developed the sense that Uniqlo's true rivals were somewhere else. He also witnessed the sudden closure of some of those shops. The culprit? Online retailers. Though Yanai was largely quiet on the matter, Kusaka interpreted his transfer to Ariake as meaning the company wanted him to be the one showing the retailer's reforms to consumers. As head of the Ariake Project's promotion office, Kusaka is working to strengthen the collaboration between Uniqlo's physical and online stores.

Blending the real and virtual

His team began that endeavor by improving the Uniqlo app, such as adding functions that displayed the user's purchase history and recommended ways to mix and match clothing. The retailer also started offering a wider variety of sizes exclusively online, including 3XL and kids' sizes. This ability to expand the offerings is a major advantage of online retailing; it does not come with the space restrictions inherent in brick-and-mortar outlets. Having the freedom to offer a broader variety of sizes has translated to strong online sales of pants.

Another change has been to offer a service where customers can visit a physical Uniqlo store and be fitted for a particular item of clothing. Once they get the sizing sussed, the customers can order -- and pay for -- the product online and have the finished product delivered to their homes straight from a warehouse. That means no waiting around in a shop to have trousers hemmed. Yanai is betting that this type of interplay between physical and online stores will go over well with shoppers.

But online retailing is a tough businesses, especially with Google and Amazon keen to sell more clothing on their online platforms. Kusaka insists, however, that Uniqlo's expertise in operating real stores and serving customers in person offers it an unbeatable edge over its web-based rivals.

Yanai wants online sales to climb to about 30% of the total, up from about 5% now. That may seem overly ambitious, but the CEO has shown over the years that he can hit his targets when it comes to physical stores. But even that part of the business has been singled out for reforms.

As an experiment, Uniqlo this spring began attaching radio-frequency identification tags to all products. A reading device can wirelessly, and instantly, scan all the RFID tags in a store. Instantaneously, the system can suggest, for example, which items need to be restocked. That capability drastically reduces the time needed to take inventory, freeing up sales clerks to spend more time with customers.

Yanai said he wants Uniqlo stores to offer a special customer experience. For that to happen, he said, "We might have to renovate all our stores."

Along with Yanai, Dai Tanaka, a group executive, has been stressing the importance of the Ariake Project to board members.

"The reforms will apply to all executives and employees," Tanaka said. Initially, many directors were dubious, but they have gradually warmed to the idea, especially since the beginning of the year, Tanaka said.

The phase of drawing up blueprints for the overhaul is over; now the focus is on implementing the ideas. Tanaka is committed to linking departments across the group to promote the project as a team.

Yanai said he is determined to show the world a new Uniqlo in two years. For the company's 110,000 employees, that will mean forgetting past glories and creating something the industry has never seen before.