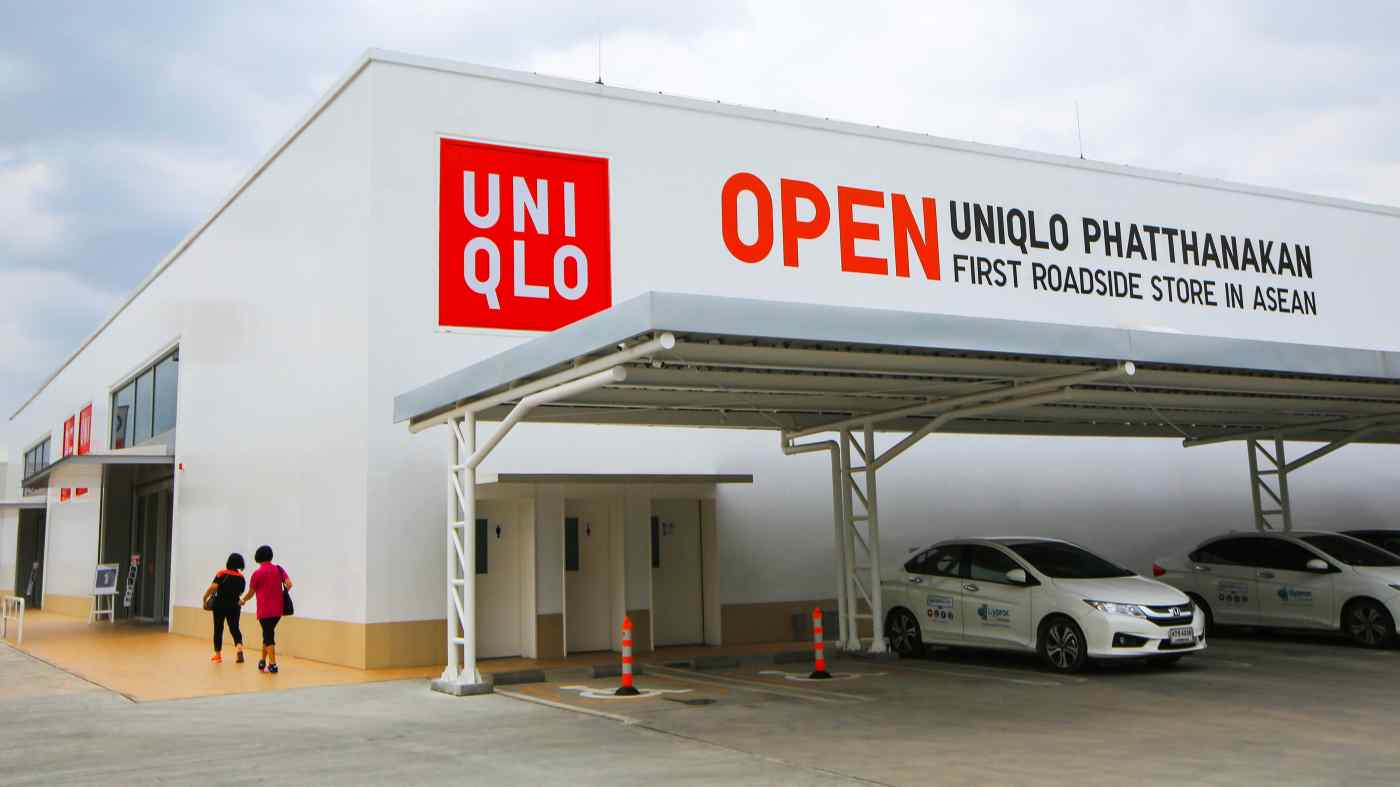 TOKYO -- Casual clothing retailer Uniqlo plans to double its number of stores in Southeast Asia and Oceania to about 400 by 2022 with an emphasis on stand-alone suburban stores meant to extend the brand's reach beyond shopping malls, a senior executive said.

The Japanese retailer aims to triple revenue generated in the region to 300 billion yen ($2.71 billion) in the year ending August 2022, up from 100 billion yen last fiscal year. That would mark a faster rate of growth than for Uniqlo overall, which expects revenue to double to 3 trillion yen over the same period.