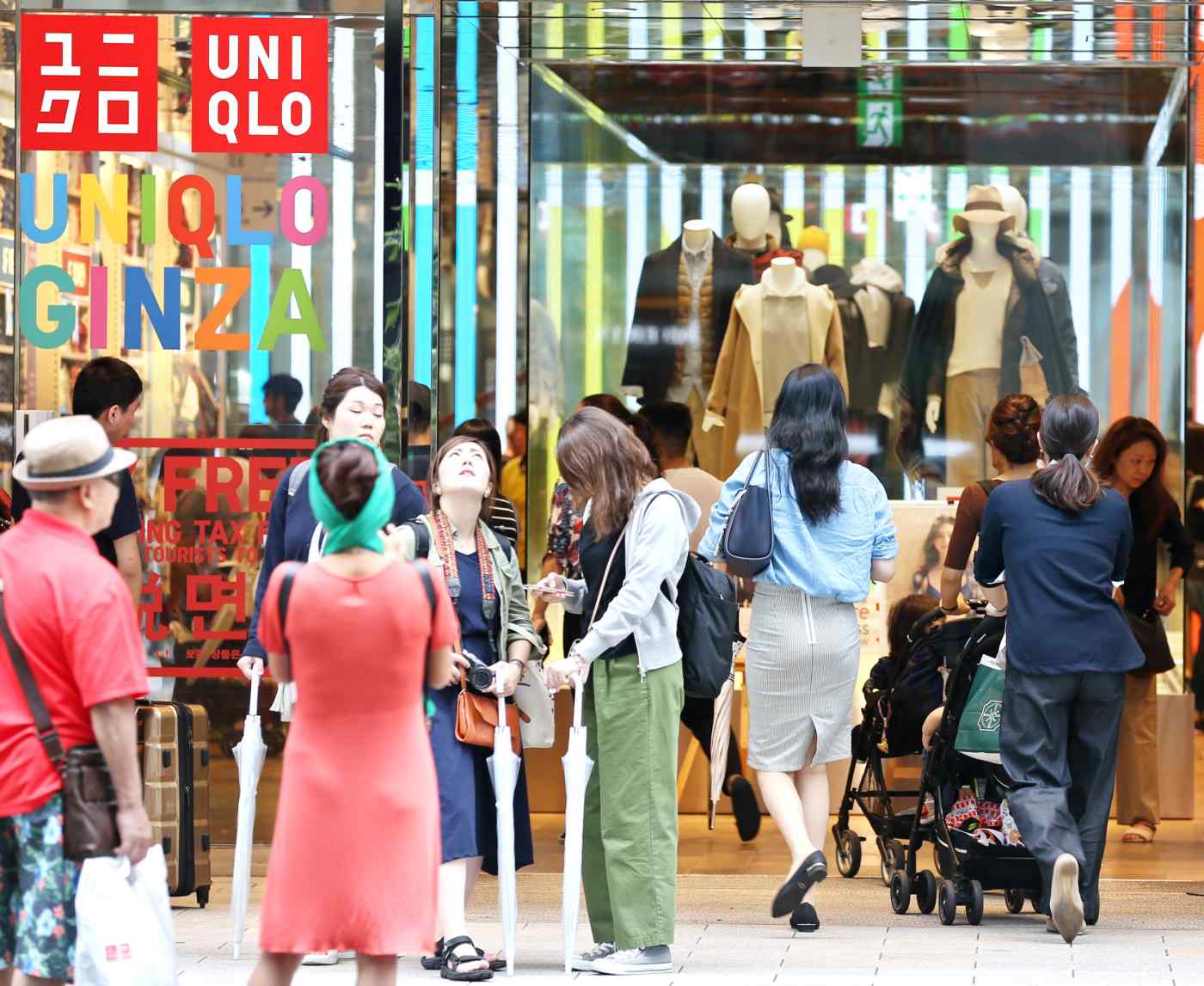 The Japanese company said Monday that the number of customers at existing Uniqlo stores in Japan rose 2.9% in the year ended Aug. 31. Sales edged up 1.1%, marking a fifth consecutive year of growth.

Price hikes in 2014 and 2015 had caused customer numbers to shrink. In response, Fast Retailing lowered prices on some products in February 2016. This shift in course has helped the company win back customers, with their numbers bottoming out in March of that year.

Price cuts, however, took a toll on spending per customer, which fell 1.8% to mark the first decline in four years. In the three years through fiscal 2016, sales increased even as customer traffic declined -- thanks to higher per-customer spending. This relationship reversed last fiscal year.

Fast Retailing is shooting for group sales of 3 trillion yen ($27.3 billion) in the medium term, a figure 70% higher than the fiscal 2016 figure. Boosting both customer traffic and per-customer spending at Uniqlo stores would be key to achieving the goal.