Japanese company to pitch tuna and eel alternatives to health-conscious 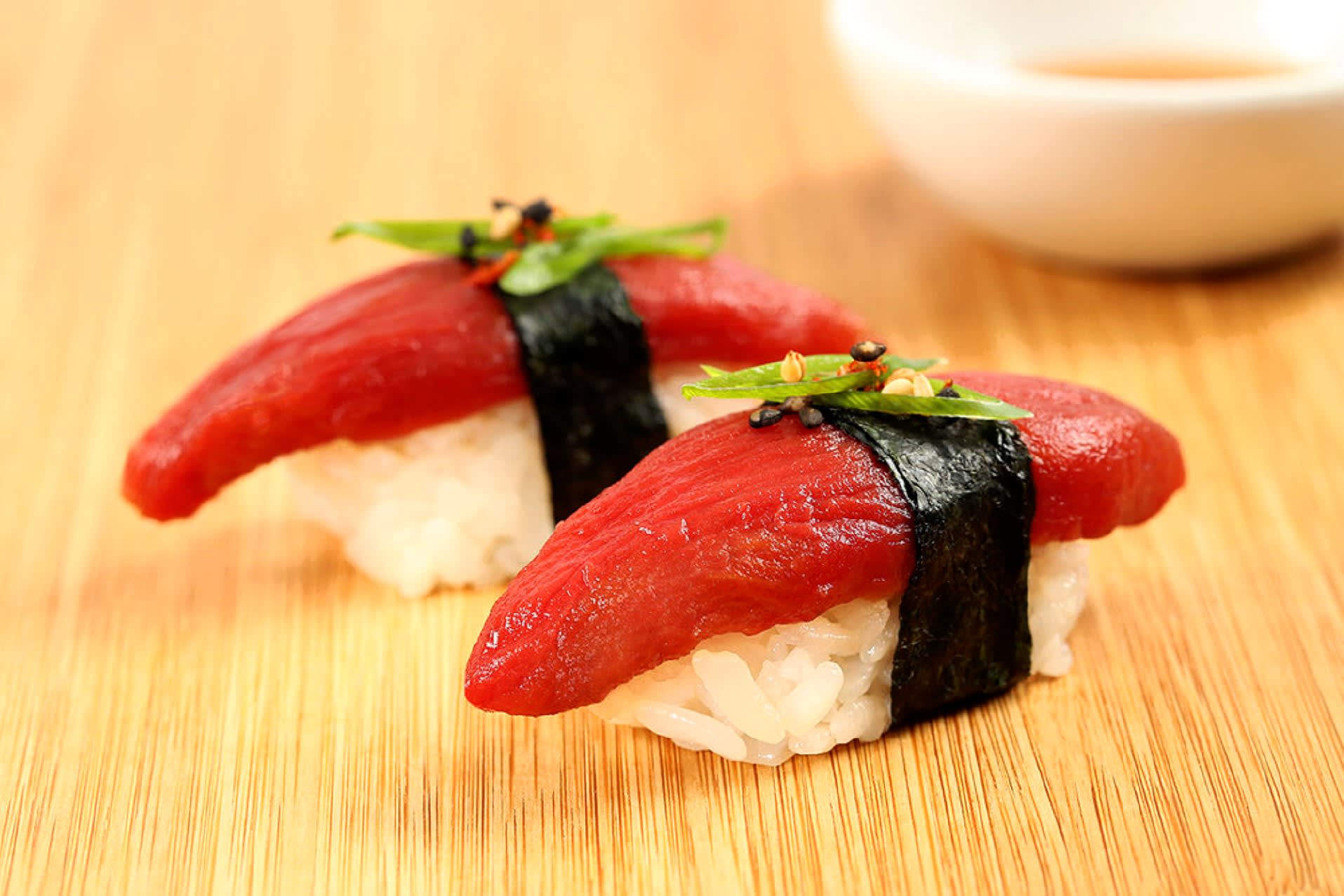 The company will pitch Ahimi, a branded tuna alternative made from tomato, soy sauce, sugar, water and sesame oil. The product has a texture similar to tuna and can be used to make sushi.

Ahimi was developed by Ocean Hugger Foods, a U.S. startup founded in 2015. Nishimoto formed a capital and business tie-up with Ocean Hugger.

Nishimoto will use its 23 offices in North America and 14 offices in Europe and Asia to sell the product around the world.

According to a survey by Nielsen, a market research specialist, 39% of U.S. consumers say they are "actively trying to incorporate more plant-based food into their diets." That compares with 6% of Americans who are vegetarians and 3% who are vegans.

Nishimoto believes many meat eaters are nonetheless interested in vegetarian foods. The company hopes to make vegan fish available in the U.S., where meat substitutes are already popular. Nishimoto's Unami is an eel alternative made from eggplant.

Ahimi is sold at Whole Foods Market and other supermarkets in the U.S., but Nishimoto wants to expand its sales to Europe and Southeast Asia, where there are many vegans. With the growing interest in sushi around the world, Nishimoto believes its vegan sushi ingredients will attract customers. The company is also considering selling the product in Japan, where consumers are becoming more health-conscious.

Nishimoto is developing new products. One, called Unami, is an eel alternative made from eggplant. In all, the company is aiming for 200 million yen ($1.82 million) in sales for the first fiscal year, rising to 1.5 billion yen within a few years.