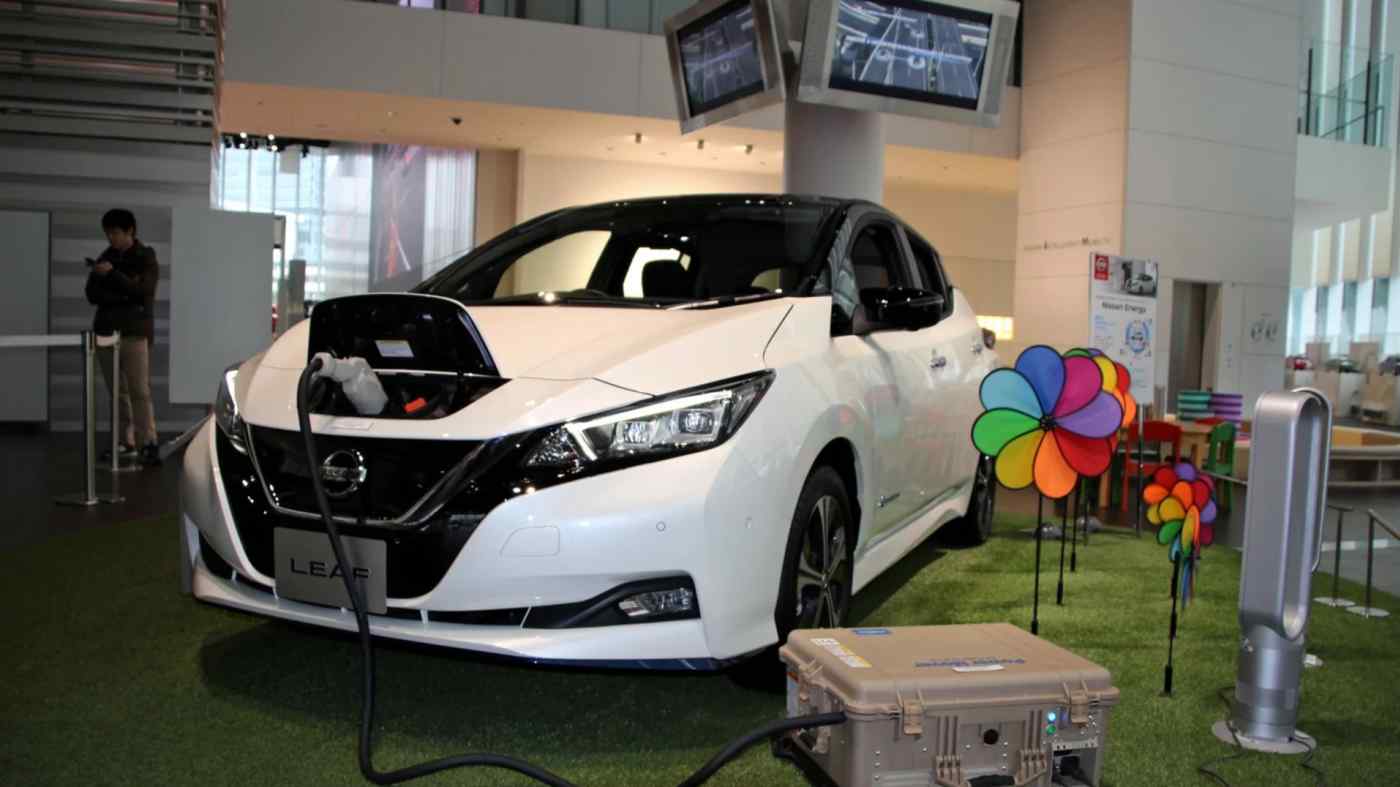 The Leaf is Nissan's flagship electric vehicle. Its batteries will be utilized as a building power source in the new service.
HIROYUKI KOIZUMI, Nikkei staff writerFebruary 9, 2020 02:26 JST | Japan
CopyCopied

TOKYO -- Nissan Motor and Japanese telecom provider NTT Group will kick off a service as early as this year that allows corporations to cut utility bills by tapping power generated by electric vehicles and solar panels during peak demand.

The service can also be used as an emergency power source in the event of a disaster.

Osaka-based NTT Smile Energy, which handles the telecom provider's power business, will work with Nissan to expand the service across the country. Nissan will lease its flagship electric vehicle, the Leaf, to companies and NTT will install solar panels on such places as rooftops.

Details are yet to be hammered out, but NTT, as Nippon Telegraph and Telephone is known, will become the service provider and take a cut of the cost savings as compensation.

Nissan will sell such data as the operating status of the Leaf and its power levels to NTT for a fee. NTT will then analyze the most efficient way of using power and managing the balance between the solar energy systems and electric vehicle batteries over the cloud. The parties expect demand from companies not only seeking to cut costs but also looking to increase use of renewable energy and to have electric vehicles as a backup power sources during a disaster.

Nissan and NTT West demonstrated the technology last summer at a company site in Yamaguchi. Electricity costs were cut by a tenth by using 16.5 kilowatts from solar power and the batteries of three Leaf vehicles during peak hours. The branch, which employs about 300 people, was able to reduce electricity costs by about 1 million yen ($9,110), or 10% of its total bill.