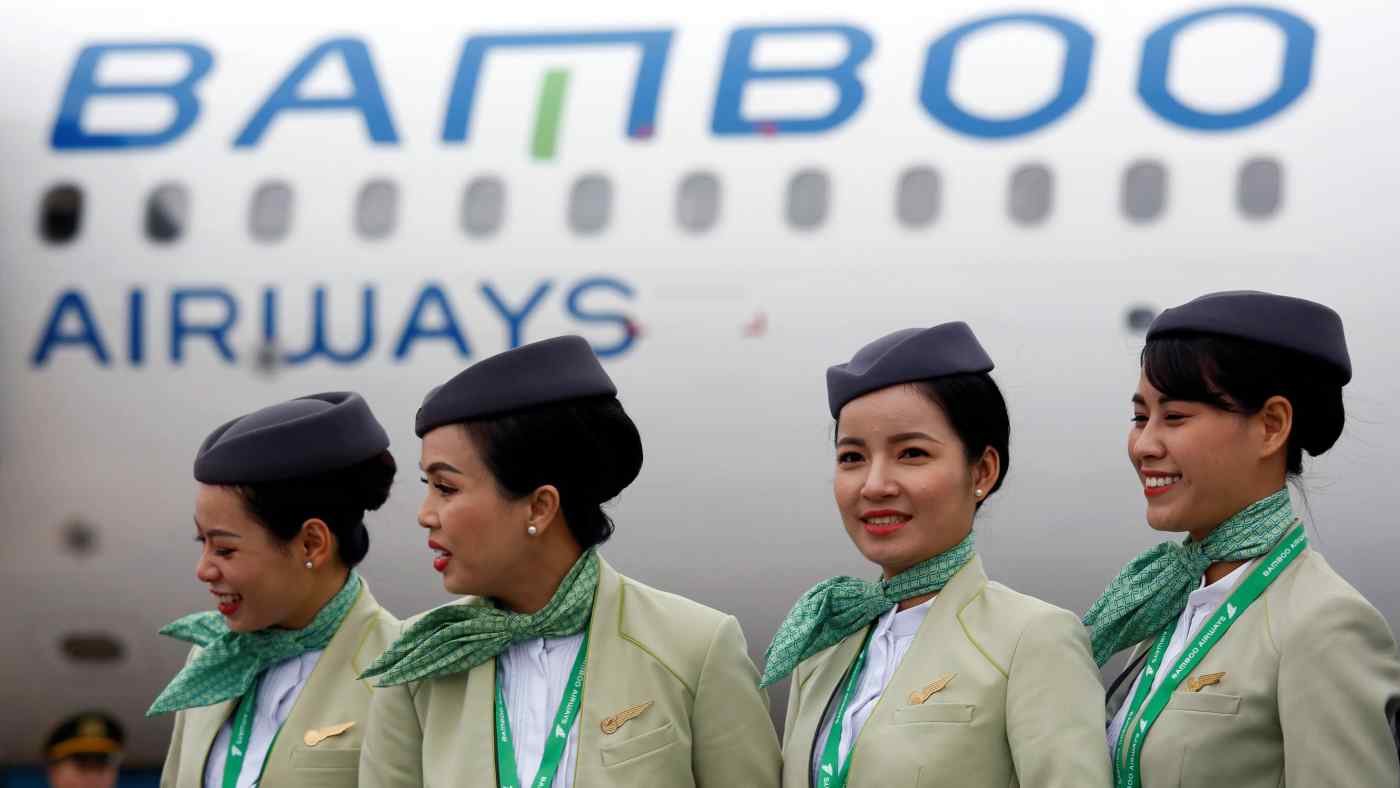 HANOI -- Bamboo Airways, Vietnam's third low-cost carrier, made its maiden flight on Wednesday after two delays due to failure to obtain government approval.

The launch of the airline is likely to heighten competition between other budget carriers like VietJet Air, pushing down fares in the country's crowded aviation market.

The airline plans to fly 37 domestic routes by the end of this year, connecting Hanoi and Ho Chi Minh City with resort destinations, according to local media reports. The airline is also eyeing international routes to Japan, South Korea, Singapore and Europe.

FLC Group has developed resorts in Quy Nhon, the capital of Binh Dinh Province, and other regions since its founding in 2008. The group had planned the first flight for Oct. 10 last year, but was delayed after the airline failed to gain government approval. The launch was postponed again in late December for the same reason.

The government appears to have closely examined Bamboo Airways' operating expertise and financial position, as the airline has no previous aviation experience. The airline was finally given the green light on Jan. 12.

More than 100 million passengers used Vietnam's domestic airports in 2018, up 13% from a year ago. The country's gross domestic product grew 7.08% last year, the highest among Southeast Asian countries. Demand for air travel is expected to continue increasing.