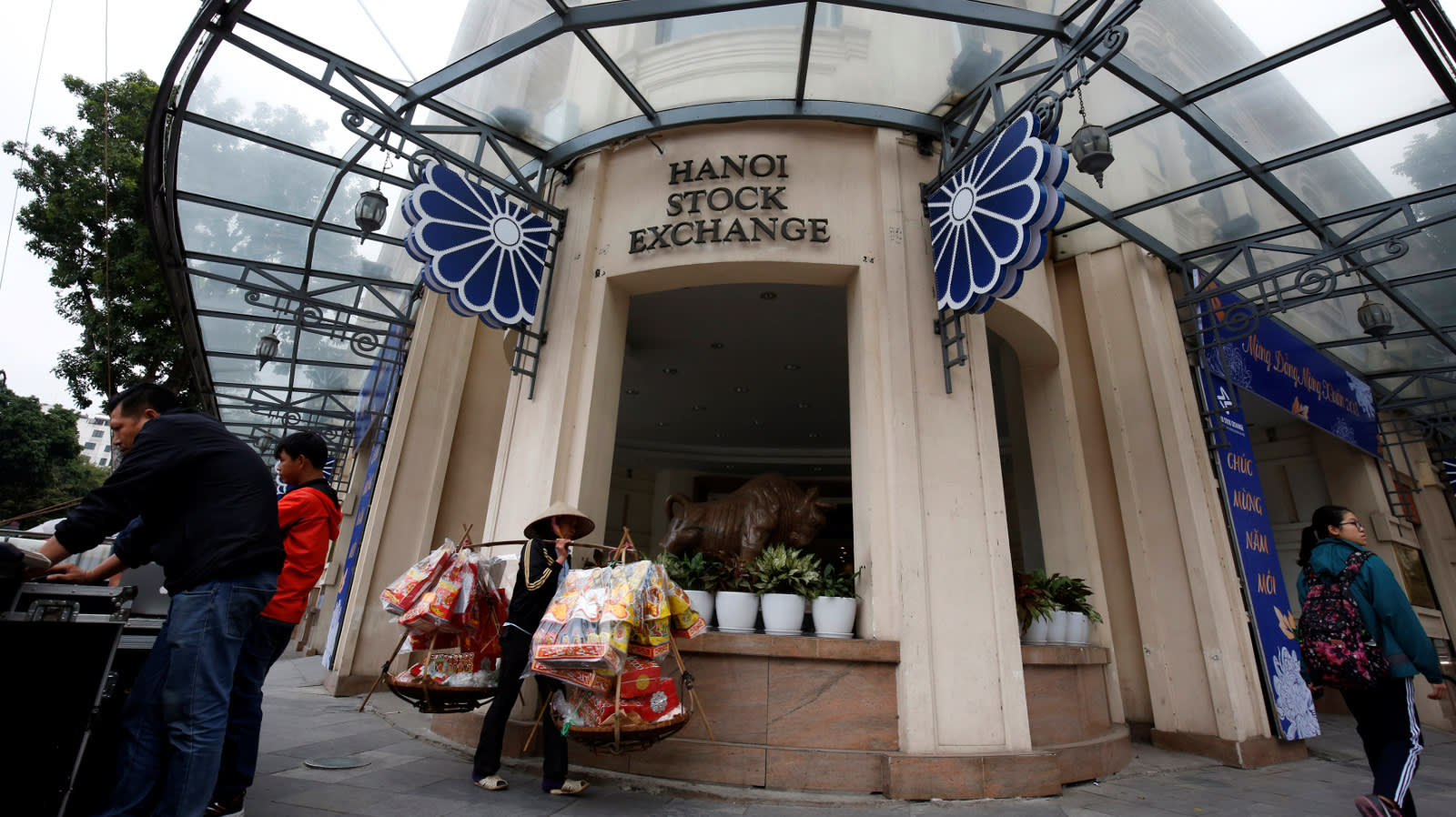 People walk past the stock exchange center in Hanoi. Vietnam has been listing stakes in state-owned companies as it seeks to open up its economy.   © Reuters
April 18, 2018 01:40 JST | Vietnam
CopyCopied

HO CHI MINH CITY -- Vietnam Television Cable Corp. has called off its initial public offering after only one bidder registered for the public auction at the Hanoi Stock Exchange on Tuesday.

VTVCab, a subsidiary of state-owned Vietnam National Television, announced in March it would offer more than 42 million shares, amounting to a 47.84% stake in the company, with the aim of raising 6 trillion dong ($264 million) for state coffers.

Market observers said one reason for the lack of interest in the auction was the offer price starting at 140,900 dong a share, which was considered excessive relative to the company's performance and to current business conditions.

The government had expected to reduce state ownership in the company to 51%.

VTVCab's failed IPO follows several other disappointing offerings, including those of real

Offerings taking place at short notice and a lack of transparency in company information have resulted in limited interest from institutional investors, wrote Hung Pham, associate director at Saigon Securities Research, in a report. Hefty valuations have also put off potential buyers.

VTVCab had a 24% share of the country's pay TV market in 2016, ranking second, according to Media Partners. The company, which had about 2 million subscribers in 2017, also runs internet service provider and TV advertising businesses. Pay TV and internet subscribers accounted for more than 60% of its total revenue last year.

VTVCab has seen steady revenue growth, but net profit was unsteady between 2014 and 2016. It has struggled to compete with a dozen players in the local TV market, including Viettel, Vietnam Posts and Telecommunications, FPT Telecom and Mobifone. Pay TV subscribers in Vietnam grew 7% over the past five years to reach 13.2 million in 2017.

The government in Hanoi is this year speeding up its divestment of state-owned companies. The first quarter saw companies including Binh Son Refinery, PVOil, PVPower, Vietnam Rubber Group, Vinafood II, Hanoi Trade Corporation and Genco 3 offer their shares for the first time, raising more than $900 million.