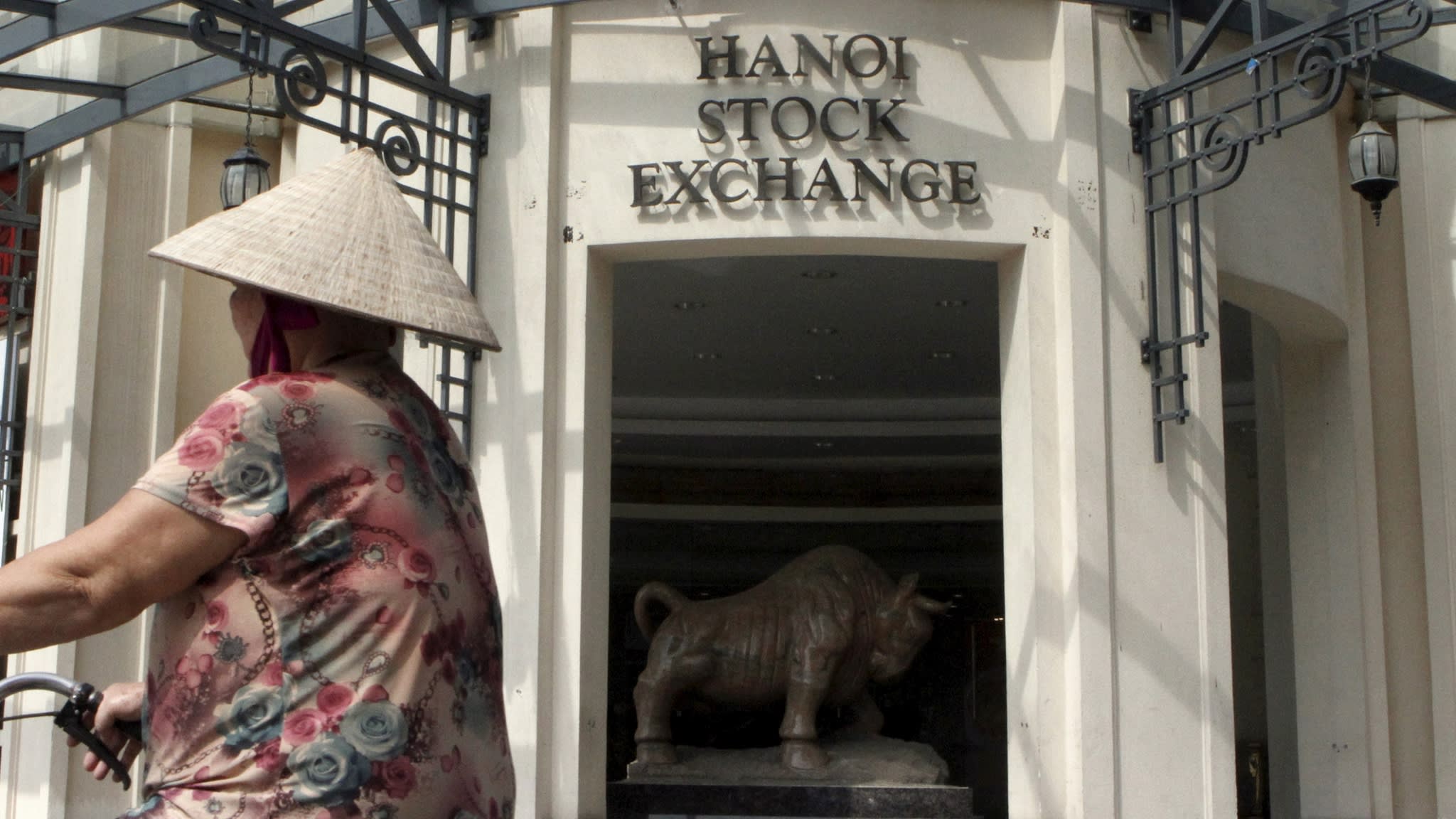 HO CHI MINH CITY -- Vietnamese state-owned enterprises are making slow progress on opening up to private investment, with most having missed their deadline for listing on the local stock market -- a key part of the government's plan for modernizing the Southeast Asian country's economy.

Of 747 state enterprises that had completed their initial public offerings as of August 2017, only 150 had floated shares on local stock exchanges as of the start of this month, according to the Ministry of Finance. In Vietnam, IPOs and stock market listings are distinct processes for most state-owned enterprises.

EVN Finance's dud of a listing is unlikely to help matters.

The financial services arm of state monopoly Electricity of Vietnam made its belated debut on the Hanoi Stock Exchange's unlisted public company market on Tuesday, 10 years after being approved as a public company. EVN Finance shares dropped 29% on the first trading day.

The sharp decline will discourage other state-owned companies from listing their shares, at least in the next few months, said Ha Thi, an individual investor in Ho Chi Minh City. UPCoM, as the market is known, is a steppingstone to listing on one of the country's main exchanges.

Under the Vietnamese system, IPOs typically sell minority stakes to public and strategic investors. Privatized state enterprises are then supposed to list on either of the country's main stock exchanges, in Hanoi or Ho Chi Minh City, or on UPCoM, within a year from the date of their IPO.

Analysts say that new regulations in effect since January pose an obstacle to listings, particularly when it comes to valuations. All state-owned enterprises that completed valuation assessments before the new rules have to redo them in light of the stricter regulations on land-use rights and other changes.

A recent report by Saigon Securities Research notes that land-use rights have become a prominent issue in state-sector IPOs, with greater scrutiny of state-owned land transferred to private companies. This explains delays in a number of listings, especially for companies based in Ho Chi Minh City, according to the report.

Vietnam's government in 2016 ordered state-owned enterprises to speed up their listings. But market observers say the lack of serious penalties for delays -- the maximum fine for missing the deadline is only $7,000 -- is part of the problem.

Investors are more attracted to shares listed on the main bourses, especially the Ho Chi Minh City Stock Exchange, which applies stricter rules on information disclosure, governance and capital transparency, among other requirements. State-owned enterprises which had missed deadlines to move from UPCoM to the main board include Vietnam Airlines, Airport Corp. of Vietnam, and Vietnam National Textile and Garment Group.

The past three months saw a lull in state-sector privatization. The majority of listings between April and June came from the private sector, namely FPT Retail, Vinhomes, and Techcombank. IPOs and listings by state-owned enterprises, meanwhile, have been quiet, despite a successful wave lasting from the fourth quarter of 2017 to the first quarter of 2018.

The ongoing anti-corruption campaign in the country, which has sent several heads of state-owned companies to prison, notably PetroVietnam ex-Chairman Dinh La Thang, also makes executives reluctant to deal with state assets as part of the reforms.

IPO and divestment activity could remain quiet for the near term, with only strong political will able to put the process back on track, said Hung Pham, an analyst at Saigon Securities.

Experts said that the Vietnamese government and state enterprises could face difficulties in pricing themselves under very high expectations. Potential strategic investors preferred to hold a controlling stake of more than 51%.

Vietnam National Shipping Lines, or Vinalines, on Monday presented a new IPO plan after no strategic investor met the requirements to acquire a more than 14% stake offered by the company. State ownership will remain at 65% after the IPO.

In September, Dongthap Petroleum Trading Import Export, a state enterprise operating in the Mekong Delta, seeks to raise $2 million by selling a 35.4% stake in an initial offering here. The state plans to keep a majority stake of 64% in the company.