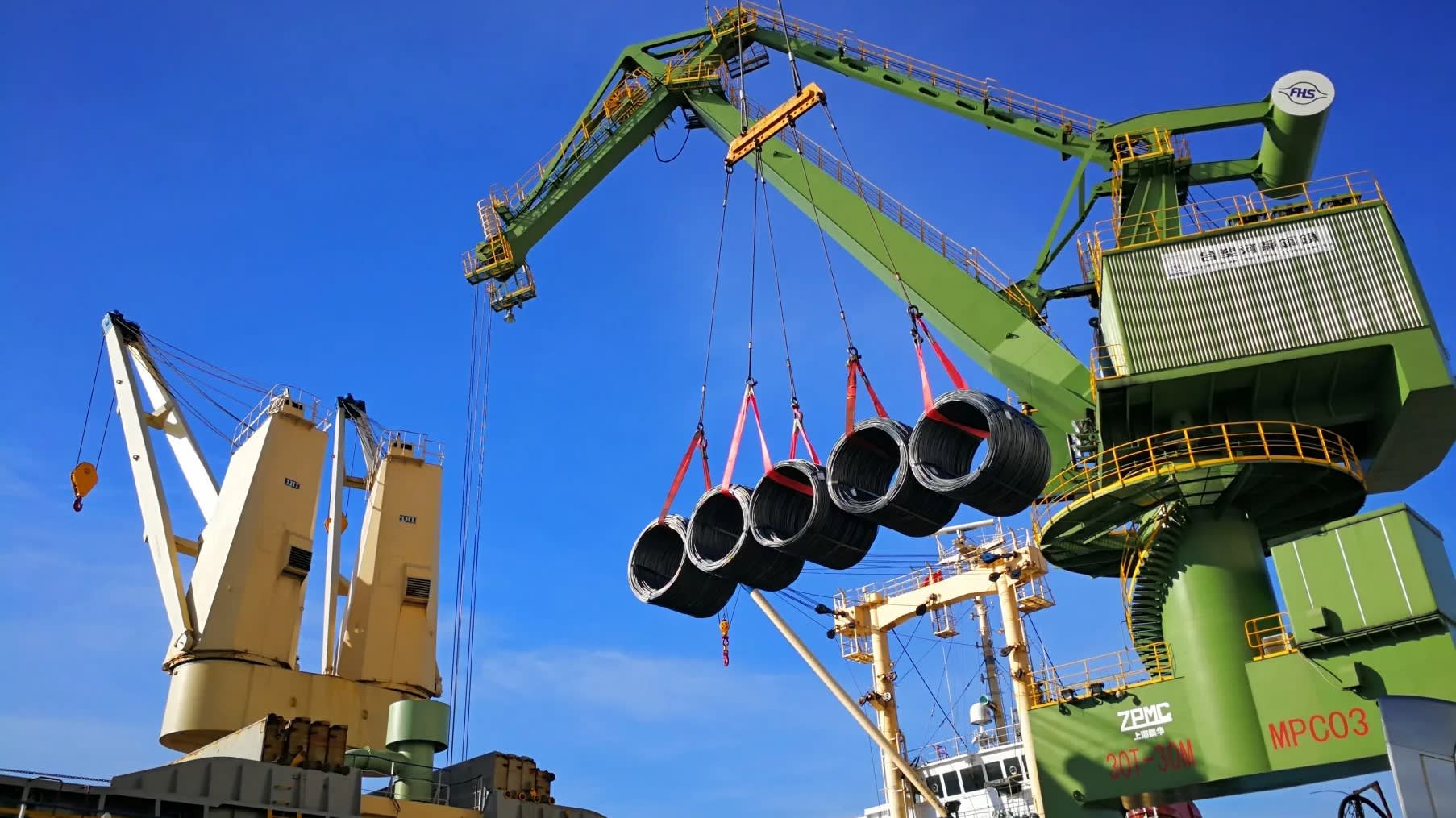 HANOI -- Doubt has crept into Vietnam's ambitious drive to become a global steel power: Does Formosa Ha Tinh Steel, which began operating the country's first integrated steel plant a little more than two years ago, really want to go ahead with plans to build a third blast furnace?

FHS, as the steelmaker is known, appears to be torn. The company wants to help the government achieve its goal of making Vietnam, now Southeast Asia's most voracious steel consumer, a steelmaking nation that need not rely on imports.

It also wants to start producing the kind of high-value-added steel products demanded by the auto industry, which has become smitten by Southeast Asia as a production hub.

But FHS does not want to fall into the same trap that held China's steel industry when global demand started falling years ago.

Back then, Chinese steelmakers could not persuade themselves to cut production -- it is no easy task to halt a blast furnace once it has been fired up -- and began dumping excess products on foreign markets. Prices plummeted, and the global industry struggled.

Although the company hopes to finalize plans for the third blast furnace by the end of the year, it will "carefully study the matter as steel product prices are falling," FHS Chairman Chen Yuan-Cheng said.

Washington also has posed new challenges to Vietnam's steel industry. On July 2, the U.S. Commerce Department said it would slap a maximum tariff of 456% on steel products produced in Vietnam. New tariffs would target products processed in Vietnam using "base materials" made in South Korea and Taiwan. Corrosion-resistant steel and cold-rolled steel plates produced in Vietnam by processing hot coils from South Korea and Taiwan no longer can be exported to the U.S. without the new tariffs.

But FHS appears likely to benefit from Washington's move. The company is the only hot-coil producer in Vietnam, equipped with the country's only blast furnaces. It is expected that "the demand for hot coils from Japan and FHS will increase in the future to make up for Korean and Taiwanese materials," an official at a local steel trading company said.

Hanoi responded to the U.S. tariffs by encouraging local processing manufacturers to use domestically produced base material. Though the American decision does not relate directly to the U.S.-China trade war, the flow of Washington's protectionism is starting to work in favor of FHS.

But the steelmaker has to watch the fallout from the trade war closely. The rest of Asia appears to be paying attention to FHS and Vietnam, which now is regarded as a country that can affect steel prices across the region. Their concern is somewhat ironic in that it took several Asian partners to get FHS up and running. Formosa Plastics, Taiwan's biggest chemicals maker, is the parent of FHS. China Steel, also from Taiwan, holds about 20% of the steelmaker, and Japan's JFE Steel owns 4%.

One impetus for FHS's integrated steel plant was Vietnam's own demand for finished products. This appetite has doubled in the past decade amid an ongoing construction boom. Now the country's builders are increasingly buying homemade steel, and FHS is helping Vietnam wean itself off imports from peers with furnaces including China and Japan.

The first two FHS blast furnaces stand tall on a 2,000-hectare tract in Ha Tinh Province, nearly 400 km south of the capital. Blast furnaces extract melted iron from raw materials. The two in Ha Tinh measure 4,350 cu. meters, slightly smaller than the stoves that large steelmakers operate in Japan. The production process is no different from in Japan: Iron ore is mixed with coking coal and melted at high temperature. Ingredients are then adjusted and processed. 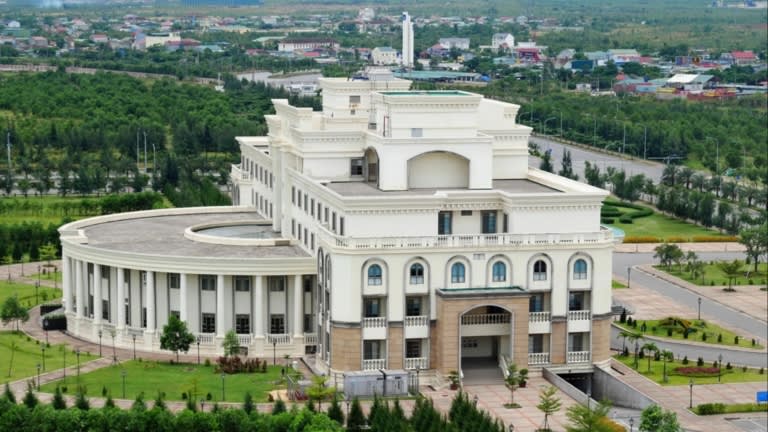 The plant produces 7.1 million tons of crude steel annually, which then can be processed into sheet and other products. The figure rivals that of Kobe Steel, Japan's third-largest steel producer in terms of blast furnace output.

But annual output for FHS is less than 10% of the combined total of all Japanese steelmakers, which exceeds 100 million tons.

The Ha Tinh plant sits ready to expand, surrounded by a vast expanse of empty land, according to a company insider.

Construction of what stands now began in earnest in 2008, with the support of the Vietnamese government. Total investment for the plant, including port facilities, reached $10.5 billion.

In the longer term, FHS plans to triple its annual crude steel output from current levels to 22.5 million tons. A single plant producing over 20 million tons is something that has never been achieved by Europe's ArcelorMittal, or by Japanese or Chinese players.

Behind the ambition is strong demand and the support from Hanoi.

Vietnam's steel consumption -- as measured in "apparent steel use," the amount of final steel products consumed domestically -- surpassed Thailand's in 2016. Before that, Thailand had been Southeast Asia's hungriest steel consumer.

Steel is typically consumed in the country where it is made, and the industry struggles to grow without government support. Blast furnaces have always been a major roadblock to emerging countries wanting to start steel industries. Many developing countries cannot afford the nearly $10 billion construction bill for a blast furnace and related port facilities.

While Vietnam was thus handicapped, it imported semifinished steel products from Asian powers with their own blast furnaces. It then processed these pieces into finished products.

This hindered Vietnam's development, because half-finished products can be procured more stably and at lower costs if blast furnace integrated production becomes possible.

The Vietnamese government therefore has been promoting the construction of integrated steel plants in cooperation with foreign steelmakers. And with the FHS steel mill now operating, Vietnam can procure semifinished products at home.

FHS is already capable of producing 4.5 million tons annually of hot-rolled coil, a semifinished product made by continuously rolling melted steel. Vietnam, which imports more than 8 million tons of the product a year, is now able to reduce its reliance on imported hot-rolled coil.

The steelmaker also plans to provide its half-finished products to other Southeast Asian countries.

Demand for steel products is growing in Southeast Asia, thanks to various automakers setting up shop in the region and governments' aggressive infrastructure-improvement drives. Since it exclusively makes steel building materials, FHS is unable to meet demand for the kind of value-added products used in automobile production, a field led by Japanese steel mills.

To move into this market, FHS intends to work with its Japanese shareholder, JFE Steel. "Cooperation with JFE is indispensable to expanding our lineup of products and improving their quality," FHS Chairman Chen said. "We will raise the added value of our products."

JFE began involving itself in the management of FHS in 2015 and is set to increase its technological cooperation with the company. While JFE currently ships semifinished products from Japan to many processing plants it has in Southeast Asia, it will be able to cut costs and respond to customer needs more promptly if it can procure semifinished products in Vietnam.