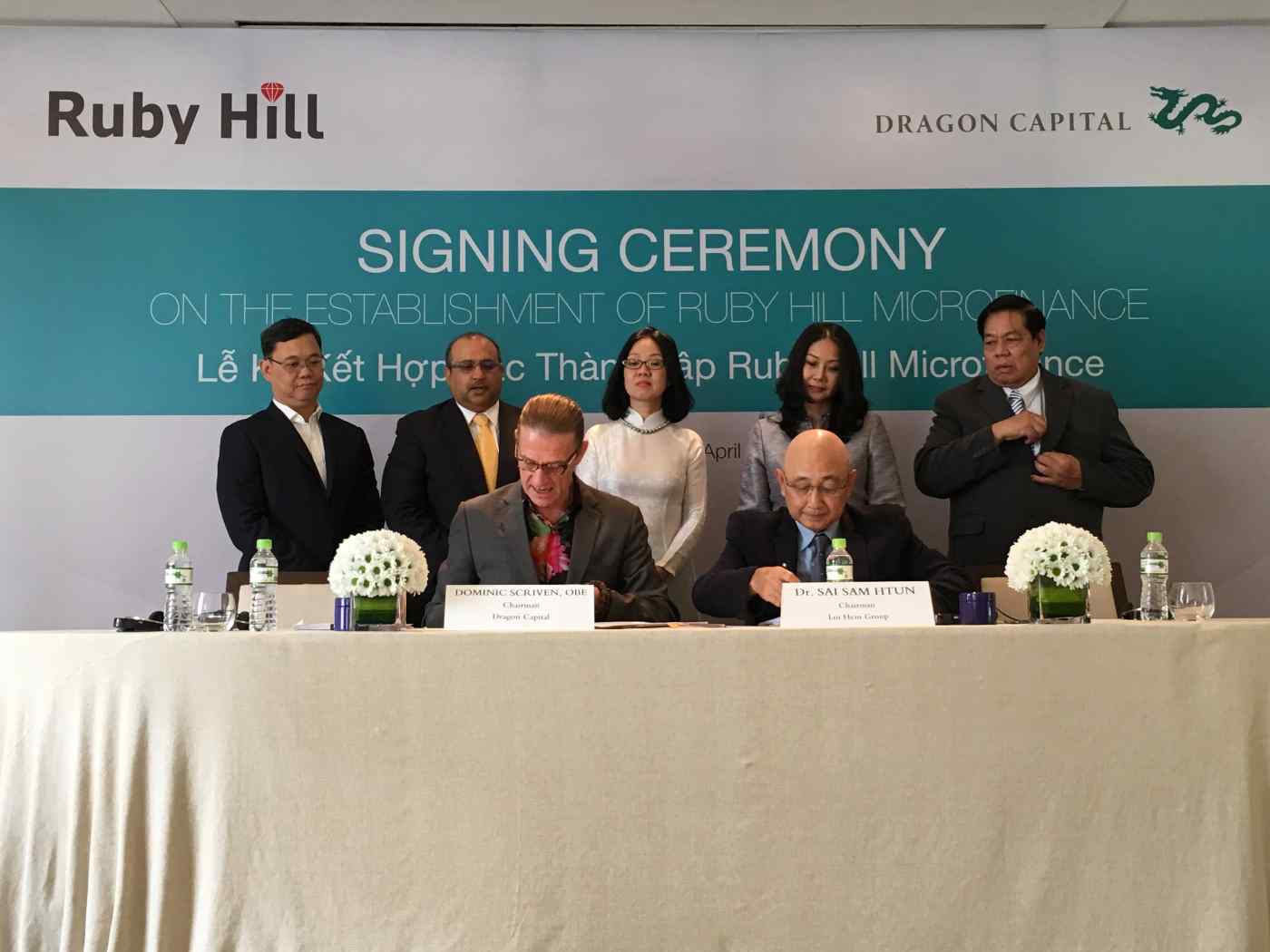 Ruby Hill will hold a 51% stake in Yangon-based Ruby Hill Microfinance, while the Vietnamese fund will own the remaining 49%. The joint venture will launch with $5 million in capital. The two partners are expected to raise that figure to $100 million in five years, depending on demand in the market.

Currently, Myanmar is home to a couple dozen commercial banks and about a hundred small microfinance institutions. "Total unmet financing demand is estimated at around $1 billion," Sai Sam Htun, chairman of Ruby Hill parent Loi Hein Group, said Wednesday. It is estimated that more than half of Myanmar's population of 60 million have no access to financial services. 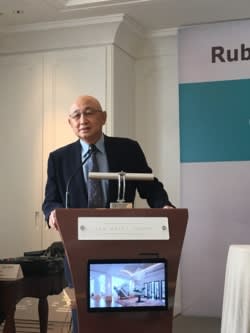 "We have found that we are like-minded with regard to operational and financial goals" and on the need to contribute to the betterment of people's lives, said Dominic Scriven, chairman of Dragon Capital.

Loi Hein, a leading consumer goods distribution and marketing company in Myanmar, has been expanding into financial services since 2015.

Sai Sam Htun told the Nikkei Asian Review that Loi Hein is negotiating with other Vietnamese investors to bring more investment from Vietnam to Myanmar, spurred by the similarities of the two country's agricultural and social systems, as well as the urgent need to develop the economy.

The new venture is considered the first financial joint venture between the two countries.

"Our next deals are expected to be in the property sector," Sai Sam Htun said.