Vinamilk uses a strong home market as an overseas springboard 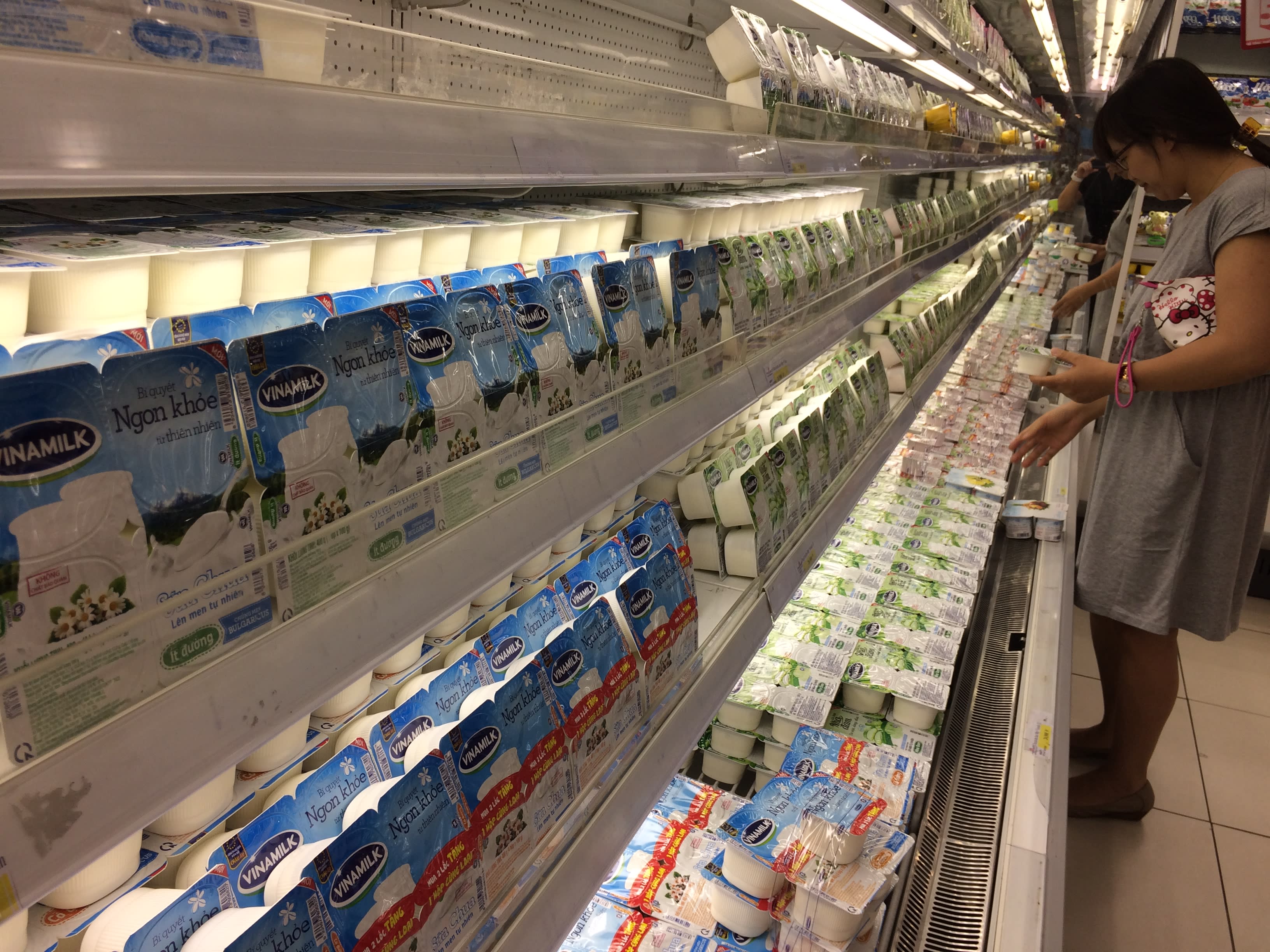 HANOI -- Vietnam Dairy Products, better known as Vinamilk, eighth on the Nikkei's latest Asia300 ranking of power performers, was founded in 1976, a year after the Vietnam War ended.

Vinamilk started off by selling condensed milk, once considered a luxury good, at affordable prices. The company is a pioneer in Vietnam's dairy industry and has persuaded generations of Vietnamese to make milk part of their diet.

These days, Vinamilk faces stiffer competition from foreign rivals, such as Dutch Lady and Japan's Meiji, as well as from new domestic producers, including TH Group and Ba Vi. But Mai Kieu Lien, Vinamilk's CEO, takes this in stride. "If we can do better than rivals, headwinds will turn into opportunity," she said.

Vinamilk has a sales network of some 220,000 retailers, more than any other food processor in Vietnam. Its successful premium pricing strategy ensures that Vinamilk is highly visible in stores. "We usually provide retailers with financial incentives to secure shelf space," said a saleswoman.

Because the Vietnamese dairy industry remained underdeveloped up until a decade ago, the country had to import milk and other raw materials in powder form. To offer its customers fresh products, Lien put a new strategy in place, beginning full-scale operation of its own dairy farms in 2006 with 1,400 dairy cows. This year, it is aiming for a herd of 160,000, a more than hundredfold increase over the period.

This spring, Vinamilk opened Vietnam's first organic dairy farm in Lam Dong Province in the south of the country. The farm is designed to meet the European Union's sanitary standards. To qualify as organic, the cows cannot be treated with growth hormones or antibiotics and their feed must contain no traces of pesticides. Vinamilk operates dairy farms around the country, and most have already received or plan to apply for certification under Global G.A.P., a set of international standards for agriculture.

Having solidified its leading position in the domestic market in recent years, Vinamilk is casting an ambitious eye on international markets. Its products were sold in 42 countries as of December 2016, with its overseas revenue of around 4.4 trillion dong ($193 million) in the first half of the year, accounting for 20% of the total.

The first Cambodian dairy factory in Phnom Penh came online in May 2016, giving Vinamilk the ability to provide the country's consumers with fresh products, instead of relying on powdered milk imports. In the spring of 2016, Vinamilk began a push into the baby formula market in the Middle East. The dairy company is also moving deeper into Myanmar and Thailand, taking advantage of the opportunities offered by the ASEAN Economic Community, a free trade group.

The state owns a controlling 45% stake in Vinamilk through the State Capital Investment Corp., Vietnam's sovereign wealth fund. In May 2016, the company removed the cap on foreign ownership, making it theoretically possible for Vinamilk to become 100% foreign-owned. So far, however, only Singapore-based Fraser and Neave, a unit of Thai Beverage, has invested in the company, taking a 5.4% stake. Other foreign investors have stayed away.

"We should not distinguish foreign shareholders and local shareholders, if the shareholders jointly develop the Vietnamese brand for the common interest," said Lien, signaling her openness to foreign capital. Even so, SCIC is reluctant to divest all of its holdings in Vinamilk because the dairy producer reportedly pays dividends worth $100 million a year, being an indispensable 'cash cow' for the government and making it the country's most profitable state-owned company.

To secure its future, Vinamilk must deal with both its commercial rivals and the watchful eye of its government owners.