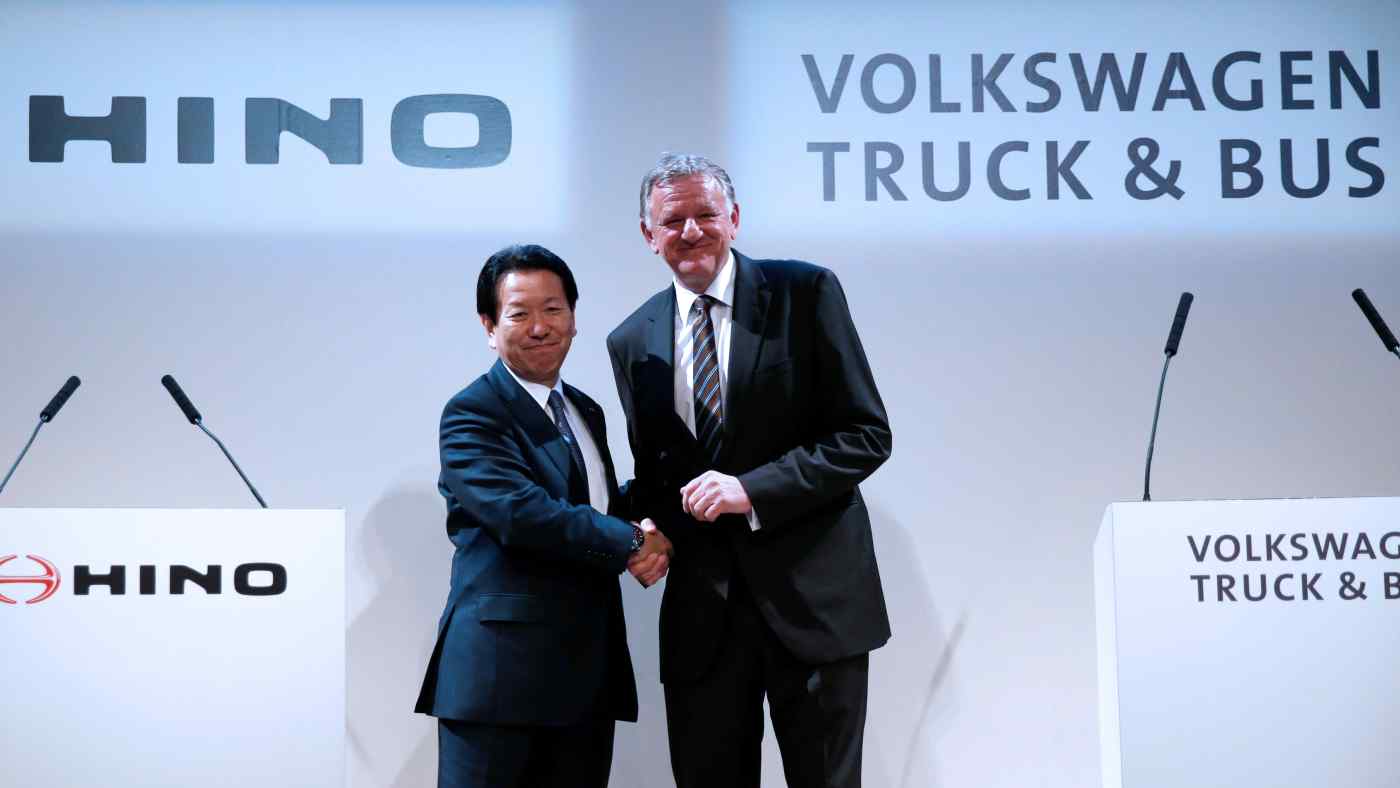 TOKYO -- Volkswagen's commercial vehicle unit and Toyota Motor affiliated truck maker Hino Motors announced a tie-up in the commercial vehicle business Thursday, in a move that shows how major changes in the business environment such as autonomous vehicles and the rise of China are forcing long-time rivals to partner together.

Volkswagen Truck & Bus and Hino Motors said they will cooperate in emerging fields including electric vehicles, autonomous driving and the Internet of Things, as well as in the development of clean technology to help alleviate air pollution in emerging market cities.