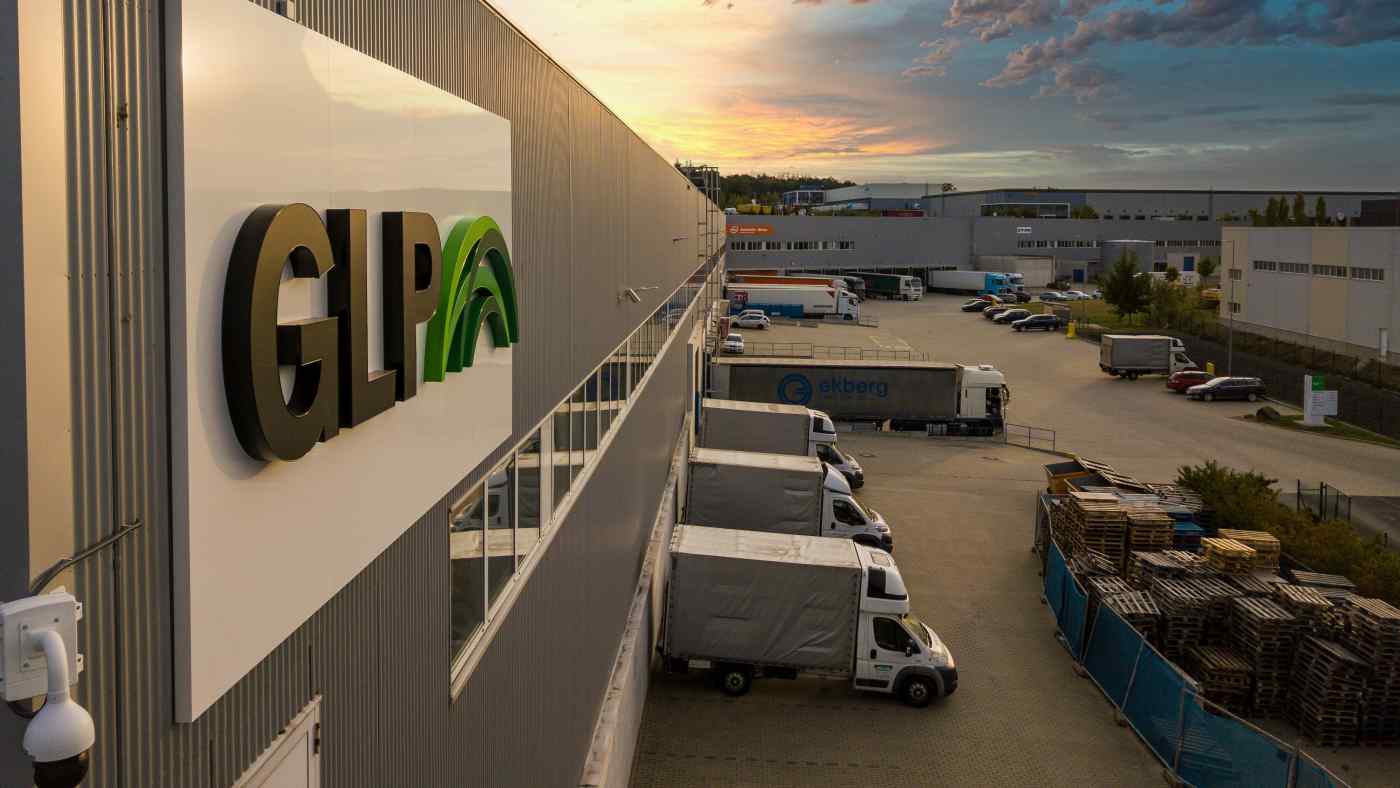 A GLP warehouse outside Prague, Czech Republic. The big logistics company sees huge growth potential in Vietnam, a country with a dynamic population that has had success halting the spread of COVID-19.
LIEN HOANG, Nikkei staff writerOctober 16, 2020 19:42 JST | Vietnam
CopyCopied

HO CHI MINH CITY -- Asia's biggest warehouse operator GLP is debuting in Vietnam through a $1.5 billion joint venture, betting that demand for logistics services will rise in Southeast Asia as brands diversify their supply chains away from China.

The company will develop three facilities with Vietnam's SEA Logistic Partners, or SLP. The partners plan to develop a total of 335,000 sq. meters of land around Hanoi and Ho Chi Minh City, according to GLP.

The warehouses will be GLP's first in Southeast Asia. Vietnam has become attractive due to its ability to tame the spread of COVID-19 -- it has so far dealt with 1,124 cases and 35 deaths -- and keep its economy mostly open this year. Its relative success against the pandemic has helped Vietnam attract investors leaving China as they try to avoid the crossfire from the Sino-American trade war.

"Vietnam is poised to benefit from further diversification of the global supply chain and manufacturing, which will fuel demand for logistics infrastructure to support operations of both local and global companies," said Chih Cheung, a founding partner at SLP.

Singapore-registered GLP manages 64 million sq. meters of logistics real estate spanning 16 countries, from Japan to Brazil to Poland. Its customer base includes a number of clients that can easily segue into doing business in Vietnam. Jusda, a former logistics arm of Apple supplier Foxconn, plans to lease half of the space at SLP Park Bac Giang, near the Vietnam-China border.

Vietnam's success at keeping the coronavirus at bay allowed factories to keep running for companies like Intel. America's biggest chipmaker said the virus never caused it to pause an assembly line in Vietnam.

Electronics, furniture and other exports have risen sharply due to global demand from office workers setting up shop in their homes. Vietnam's economy in the quarter through September grew 2.6% year-on-year.

"Many of our [corporate] members shared with us that, uniquely in Vietnam, they were able to maintain their operations," said Mary Tarnowka, executive director of the American Chamber of Commerce in Ho Chi Minh City, speaking at a business forum earlier this month.

Vietnam, with a population of 100 million, also has a burgeoning online market that is forecast to grow more than 30% this year, surpassing $15 billion, in part because of the pandemic, according to the Vietnam E-commerce Association.

SLP and GLP expect this growth to create more warehousing demand. GLP says it sees similarities between Vietnam, a frontier market, and India, China, and Japan, where it is the largest owner of logistics assets and where consumer demand has allowed it to scale up operations.

The companies did not disclose the breakdown of their $1.5 billion joint investment in Vietnam, spread over three years.

"Within Southeast Asia, Vietnam is one of the most attractive markets, given its population dynamics, growing economy, and middle class, which support domestic consumption," GLP co-founder and CEO Ming Mei said. "When GLP enters a new market, growth and scalability are two key factors we consider."