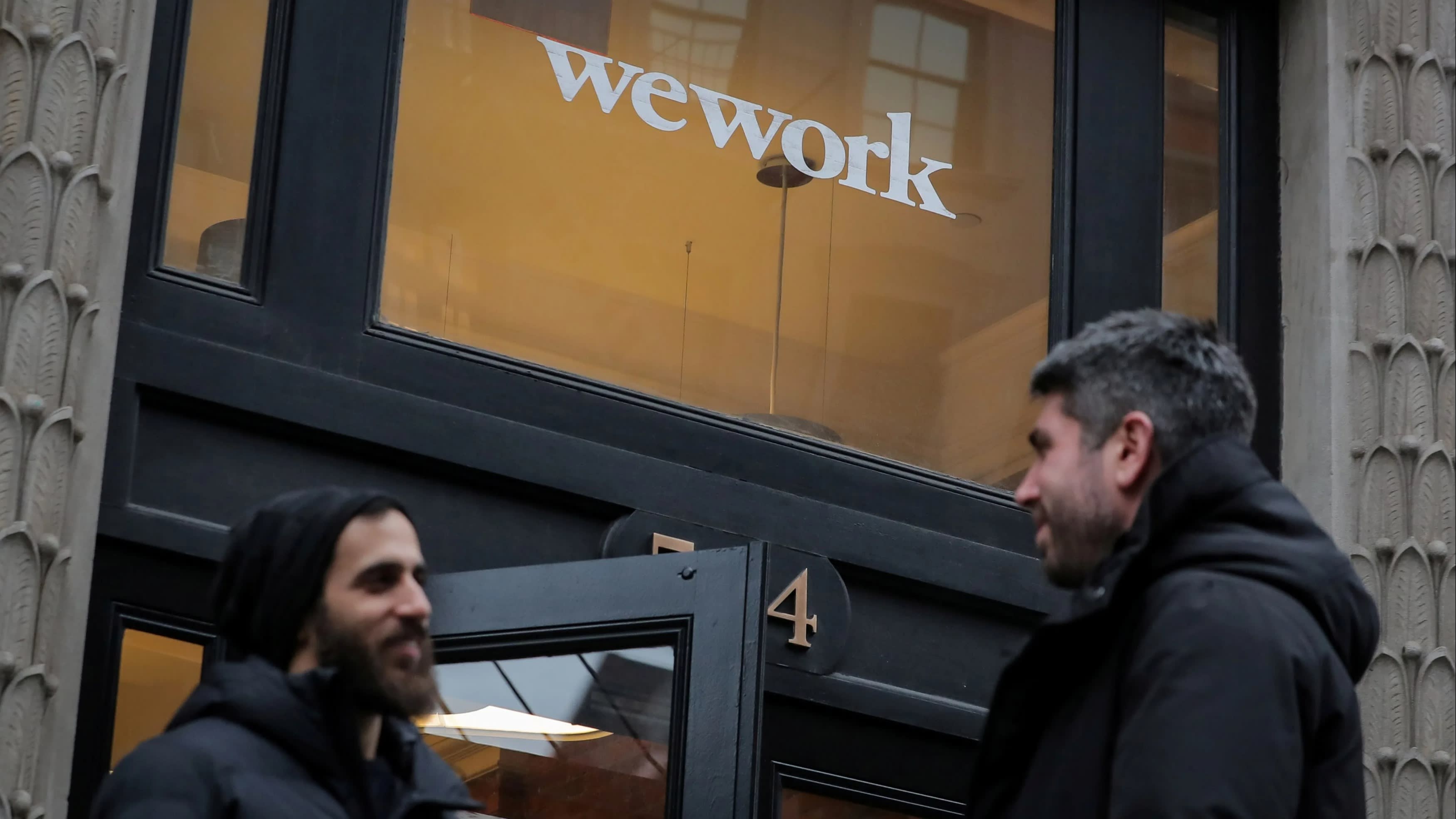 We Company has faced concerns about its corporate governance standards, as well as the sustainability of its business model.   © Reuters
September 17, 2019 10:34 JSTUpdated on September 17, 2019 13:21 JST | North America
CopyCopied

WeWork owner The We Company said on Monday it expected to complete its initial public offering (IPO) by the end of the year, after walking away from preparations earlier in the day to proceed with it stock market debut this month.

The U.S. office-sharing startup was getting ready to launch an investor road show for its IPO this week before making a last-minute decision on Monday to stand down, because of concerns that not enough stock market investors would participate, people familiar with the matter said.

The company has been under pressure to proceed with the stock market flotation to secure funding for its operations.

In the run-up to the launch of its IPO, We Company has faced concerns about its corporate governance standards, as well as the sustainability of its business model, which relies on a mix of long-term liabilities and short-term revenue, and how such a model would weather an economic downturn.

Reuters reported last week that We Company might seek a valuation in its IPO of between $10 billion and $12 billion, a dramatic discount to the $47 billion valuation it achieved in January.

"The We Company is looking forward to our upcoming IPO, which we expect to be completed by the end of the year. We want to thank all of our employees, members and partners for their ongoing commitment," the company said in a short statement.

Were We Company to have pressed on with the IPO at such a low valuation, it would have represented a major turning point in the growth over the last decade of the venture capital industry, which has led to the rise of startups such as Uber Technologies Inc, Snap Inc and Airbnb Inc.

It would have meant that We Company would be valued at less than the $12.8 billion in equity it has raised since it was founded in 2010, according to data provider Crunchbase. And it would have been a blow to its biggest backer, Japan's SoftBank Group Corp, at a time when it is trying to amass $108 billion from investors for its second Vision Fund.

SoftBank was discussing supporting the IPO by snapping up shares worth between $750 million and $1 billion, the sources said. However, We Company decided on Monday that even with SoftBank's support, the IPO would have raised a little over than $2 billion, short of its target of at least $3 billion.

This target is tied to a $6 billion credit line We Company secured from banks last month, that calls for an IPO to take place by the end of the year and raise at least $3 billion, one of the sources said.

Were the New York-based company to fail to meet this target by the end of the year, it would need to secure alternative funding.

The sources who spoke to Reuters requested anonymity because the matter is confidential.

The last time SoftBank invested in We Company was in January at the $47 billion valuation, injecting $2 billion of cash. It had been pushing the company to delay its IPO.

JPMorgan Chase & Co and Goldman Sachs Group Inc had been tasked with leading We Company's IPO as underwriters.

We Company's decision to delay its IPO indicates it did not feel confident that the corporate governance changes it unveiled on Friday, slightly loosening CEO and co-founder Adam Neumann's grip on the company, was enough to woo investors concerned about its lack of a path to profitability.

We Company had said it was making the changes "in response to market feedback". It said Neumann's superior voting shares will decrease to 10 votes per share from 20, though he will retain majority control of the company.

Neumann will also give the company any profit he receives from real estate deals he has entered in to with We Company. He will also limit his ability to sell shares in the second and third years after the IPO to no more than 10% of his stock.

No member of Neumann's family will be on the company's board and any successor will be selected by the board, scrapping a plan for his wife and co-founder, Rebekah Neumann, to help pick the successor.

The WeWork brand is strongly tied to Neumann, a freewheeling 40-year-old Israeli-born entrepreneur who has said that We Company's mission is "to elevate the world's consciousness".