NEW YORK -- The parent of shared-workspace provider WeWork has decided to delay its planned initial public offering amid lukewarm response from Wall Street investors, delivering a blow to the investment strategy of SoftBank Group.

We Company has failed to win over investors, who remain skeptical about the company's business model and corporate governance. The startup was working with JPMorgan Chase and Goldman Sachs, the main underwriters for the planned IPO, for a market debut in September.

WeWork's parent is still keen to pull off the IPO to qualify for a $6 billion credit line it secured from banks last month, a deal contingent on raising at least $3 billion in a public offering by the end of the year. But the outlook for the once-highly valued startup going public in the next three months looks dicey at best.

The fate of the IPO lies largely with what moves the Softbank Vision Fund -- the startup's largest investor -- makes going forward.

"The We Company is looking forward to our upcoming IPO, which we expect to be completed by the end of the year. We want to thank all of our employees, members and partners for their ongoing commitment," the company said in a statement after U.S. media reported on Monday that the IPO was being pushed back to at least October.

We Company and the lead underwriters have been sounding out institutional investors about the IPO, but apparently failed to dispel worries over the company's valuation and corporate governance. The company's investor roadshow, a series of meetings in different cities with potential investors to drum up sales, was expected to start this week. 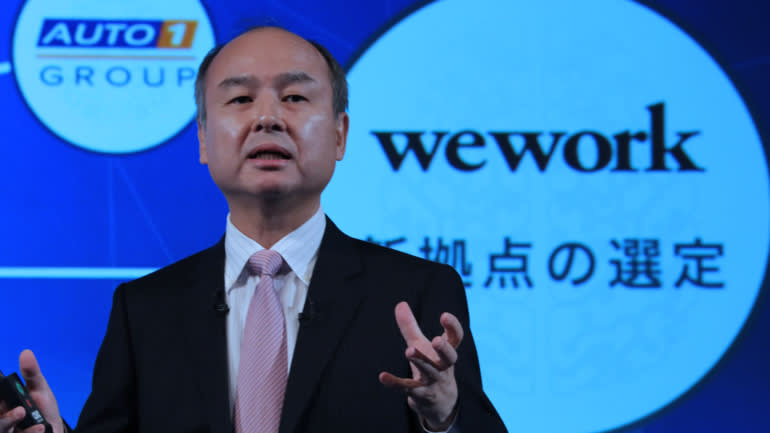 WeWork, the parent's main moneymaker, takes out long-term leases on buildings then rents them out on a short-term basis to businesses and individuals. It has built an empire of shared-workspaces that caters to freelancers, startups and large corporations, converting mundane properties into trendy shared offices.

Investors are skeptical about the sustainability of WeWork's business model, especially during economic downturns that could drive out short-term tenants while leaving the company saddled with multiyear leases. The claim to being a technology company has also raised flags, as it operates more like a real estate venture, and potential investors are worried about the power co-founder and CEO Adam Neumann wields.

Their concerns seem to be justified given the company's cash-burn despite a strong U.S. real estate market.

WeWork has tried to counter claims that its business is merely lease arbitrage, as it employs artificial intelligence and other information technologies to efficiently use office space and improve customer satisfaction. Still, many observers remain unconvinced, regarding it as an office rental business, and a vastly overvalued one at that.

We Company and advisers slashed the company's estimated market capitalization -- nearly $47 billion in January -- to less than half, but even this has failed to sway investors. According to the Financial Times, Barry Oxford, an analyst at brokerage DA Davidson, said the value of the company was likely to fall below $10 billion given its "susceptibility to a recession, current cash burn rate, corporate structure, and corporate governance."

Concerns over corporate governance continue to plague the company, despite its new governance plans released in a revised prospectus on Sept. 13. The amended guidelines call for reducing Neumann's voting rights and appointing independent outside directors.

But Neumann's shares would still be worth 10 votes each, giving him effective control over minority shareholders, who would have only one vote per share. Last-minute efforts to allay investor fears over the issues have failed.

Despite the setbacks, We Company is still pushing for the IPO because of its agreement with lenders for the $6 billion line of credit, a critical need owing to negative cash flow caused by huge upfront investments.

Among outside investors, SoftBank Group holds the key to an IPO this year. The group's and its signature Vision Fund have collectively invested more than $10 billion in We Company, and are reportedly weighing additional investment to prop up the IPO -- itself a risky proposition considering the unresolved problems.

But withholding funds could push We Company's valuation down further, forcing SoftBank to make some tough choices, as how the IPO fares will directly affect the performance of the Vision Fund.