Belatedly, a cash-based society may be giving way to digital progress 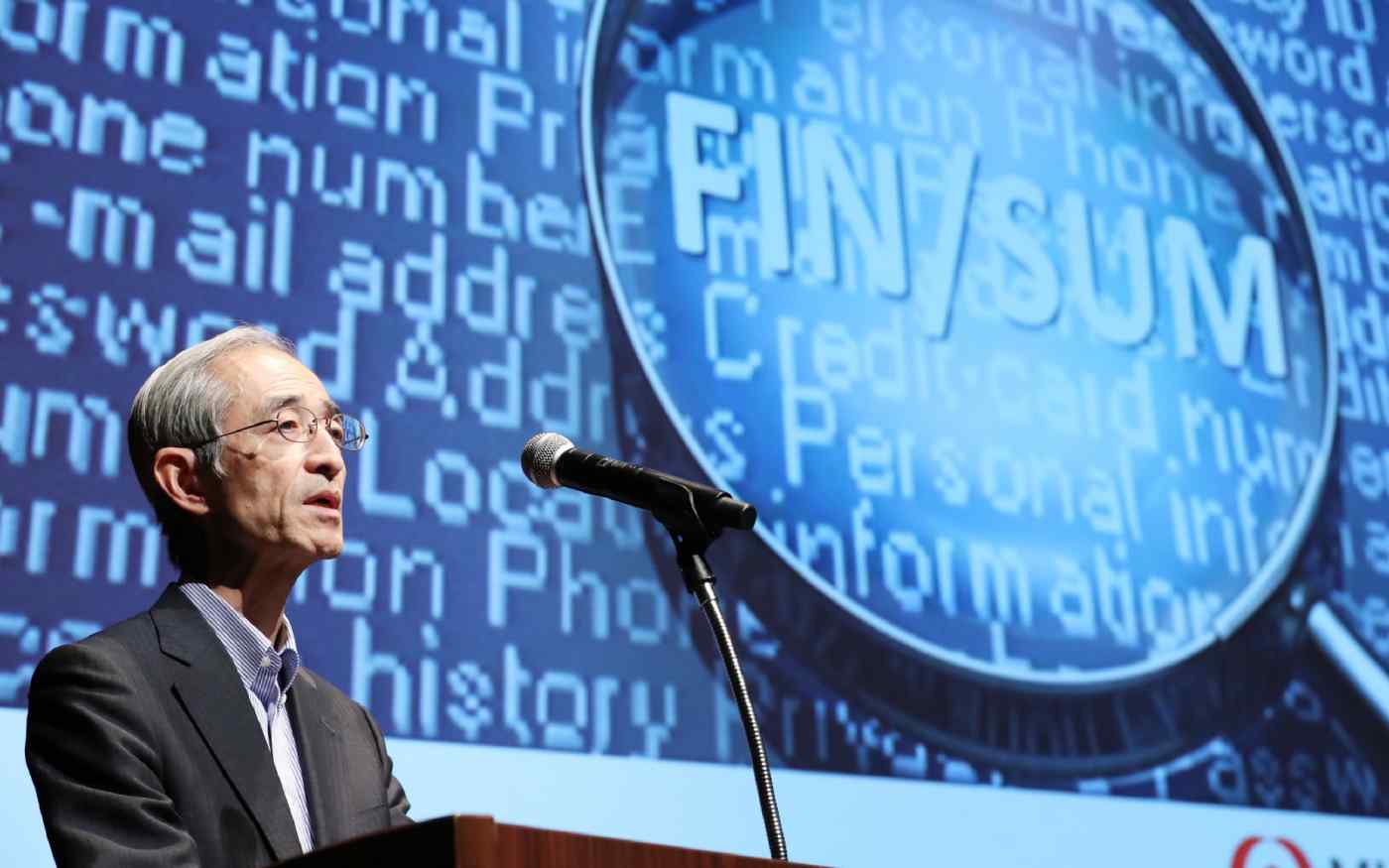 TOKYO -- While new financial technologies are catching on overseas, Japan has clinged to cash.

Virtual currencies like bitcoin are attracting huge sums of speculative money from individual investors, and digital payment systems like Alibaba Group Holding's Alipay are making it easier for consumers to buy stuff.

MUFG Coin would have a fixed value, with each "coin" being worth 1 yen. The bank aims to "overcome issues of [existing] virtual currencies and create a highly useful currency," Hirano said. By "issues," Hirano was referring to bitcoin's volatility, which MUFG Coin hopes to alleviate.

Hirano was speaking at Fin/Sum Week 2017, organized by The Nikkei and the Fintech Association of Japan.

MUFG hopes to gain support for its cryptocurrency from other banks.

There may be a problem there, though. Mizuho Financial Group, a collection of regional banks and Japan Post Bank have another cryptocurrency plan in the works that they are provisionally calling J Coin. The consortium aspires to make J Coin the single virtual currency of Japan.

"We named it J Coin," said Daisuke Yamada, managing executive officer of the Mizuho group, "because we thought the entire [country] should unite" on a single currency. 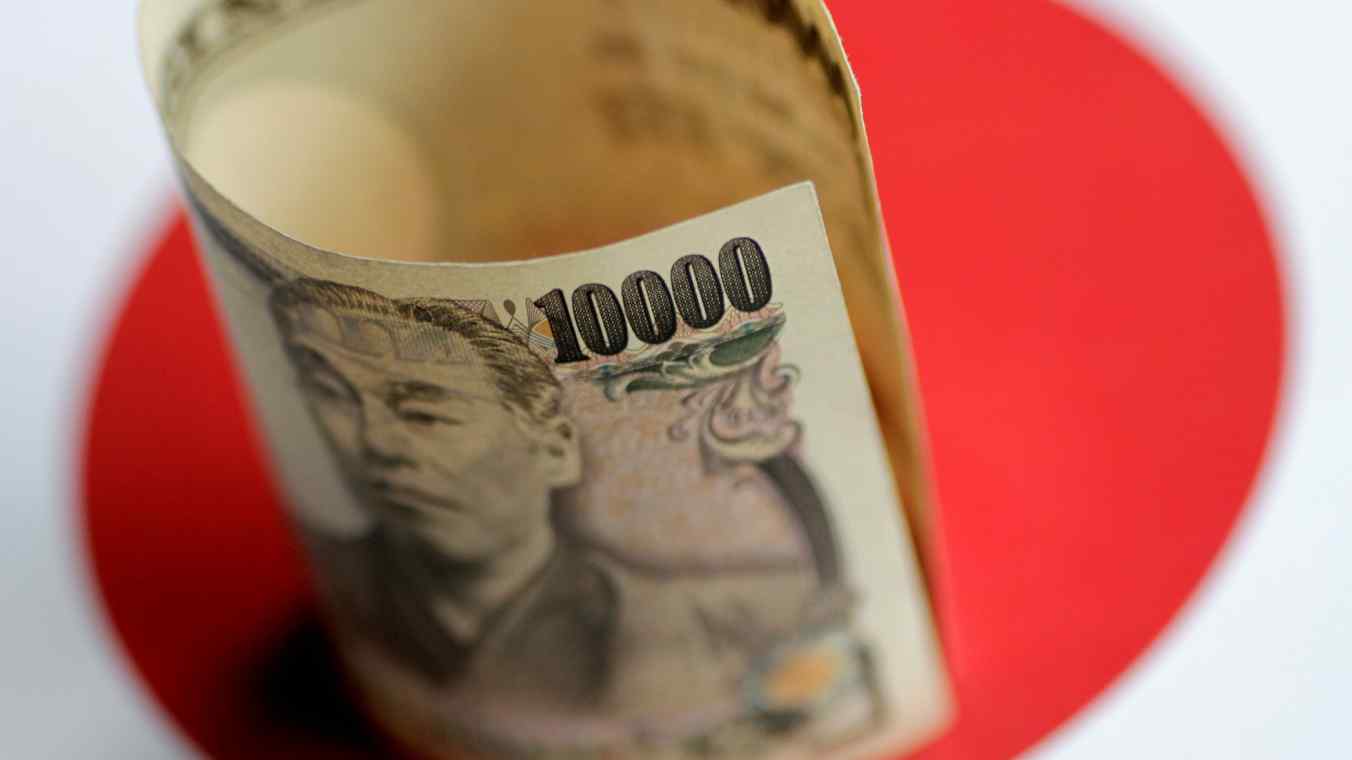 Japanese banks began talking about their own digital currencies after the government introduced a licensing system for providers of virtual currency services. The system is based on the revised Payment Services Act, which took effect in April and made it possible for banks to operate digital currency businesses.

China, Sweden, Russia and other European countries lead the world in coming up with cryptocurrencies. Increasingly, companies are raising funds by creating their own virtual tokens and holding initial coin offerings. They are taking this unregulated route instead of issuing new shares to the market. As a result, investment banks that used to earn large fees by arranging IPOs are now sitting on the sideline.

But the Wild West of ICOs has drawn the attention of governments. China in early September banned the fundraising scheme.

In Russia, the government is showing interest in using the technology behind the Ethereum virtual currency to create its own digital tokens. Sweden's central bank, meanwhile, already has a name for its official cryptocash, e-krona.

In Japan, questions remain unanswered. Should the central bank lead the efforts to establish a virtual currency system? Should financial institutions be left to their own devices in these endeavors? If banks end up taking the initiative, which one should play the leading role?

A cryptocurrency developer would face other hurdles, like convincing consumers and retailers to give up on cash and credit cards in favor of something else that does the same job. Device makers would also have to be persuaded to support the technology. Fintech will be prominently featured at this year's Ceatec Japan, which gets underway on Oct. 3. This picture is from last year's event.

Some banks are already trying to win partners by, for example, flocking to trade shows like Ceatec Japan, a home electronics and IT exhibition that starts Tuesday in the city of Chiba. Fintech is expected to feature prominently. This will be the second straight year for the Mitsubishi UFJ Financial Group to set up an exhibition booth at the fair. Sumitomo Mitsui Financial Group will join for the first time. Other notable participants include Mizuho Financial Group and the Bank of Japan.

Japanese bankers are also keeping an eye on the rapid spread of Chinese online payment systems Alipay and WeChat.

While virtual currencies are not backed by governments (they are mere strings of data that travel over the internet), online payment services step in for government-backed currencies to hasten transactions. They allow consumers to make purchases with their mobile phones. Fees are low.

Here, overseas companies also have a leg up on their Japanese peers. This is somewhat ironic considering Japan initially led the world in electronic prepayment technologies and services. About 16 years ago, a consortium of companies introduced the Edy system, which allows for contactless payments to be made with prepaid "smart cards." Around the same time, JR East, one of Japan's big commuter railway operators, introduced prepaid Suica cards, which can be used to zip through train stations and to pay for stuff at participating retailers.

But Japan has since fallen behind. Apple Pay and Google's Android Pay arrived in Japan late last year. And Japanese retailers are increasingly introducing Alipay to lure Chinese visitors, whose numbers have swollen in past years. Alibaba sees another opportunity in Japan: It is partnering with Japanese banks so Japanese consumers can start using Alipay.

The common aspect of virtual currencies and electronic payment services is that they make it easy to make cross-border payments and remittances. But while the rest of the world has been getting excited about e-payment services, Japan has been indulging cash and the hardware makers that help a cash-based society hum.

Japanese manufacturers produce sophisticated ATMs that can even handle coins. They build similar machines that can be found in hospitals and other places that allow people to pay for services directly from their bank accounts. If cryptocurrencies and other digital platforms spread, they could negate the need for ATMS -- and even for bank branches.

Should the virtual currency and electronic payment hoopla going on overseas take up residence in Japan, it could disrupt the country's unique commerce culture as well as the companies that feed off it. If these companies are to survive the disruption, they need to begin coordinating their efforts with government policymakers -- and among one another -- so they can create an electronic settlement system that consumers and businesses want to use.