Wooden skyscraper eyed for the heart of Tokyo 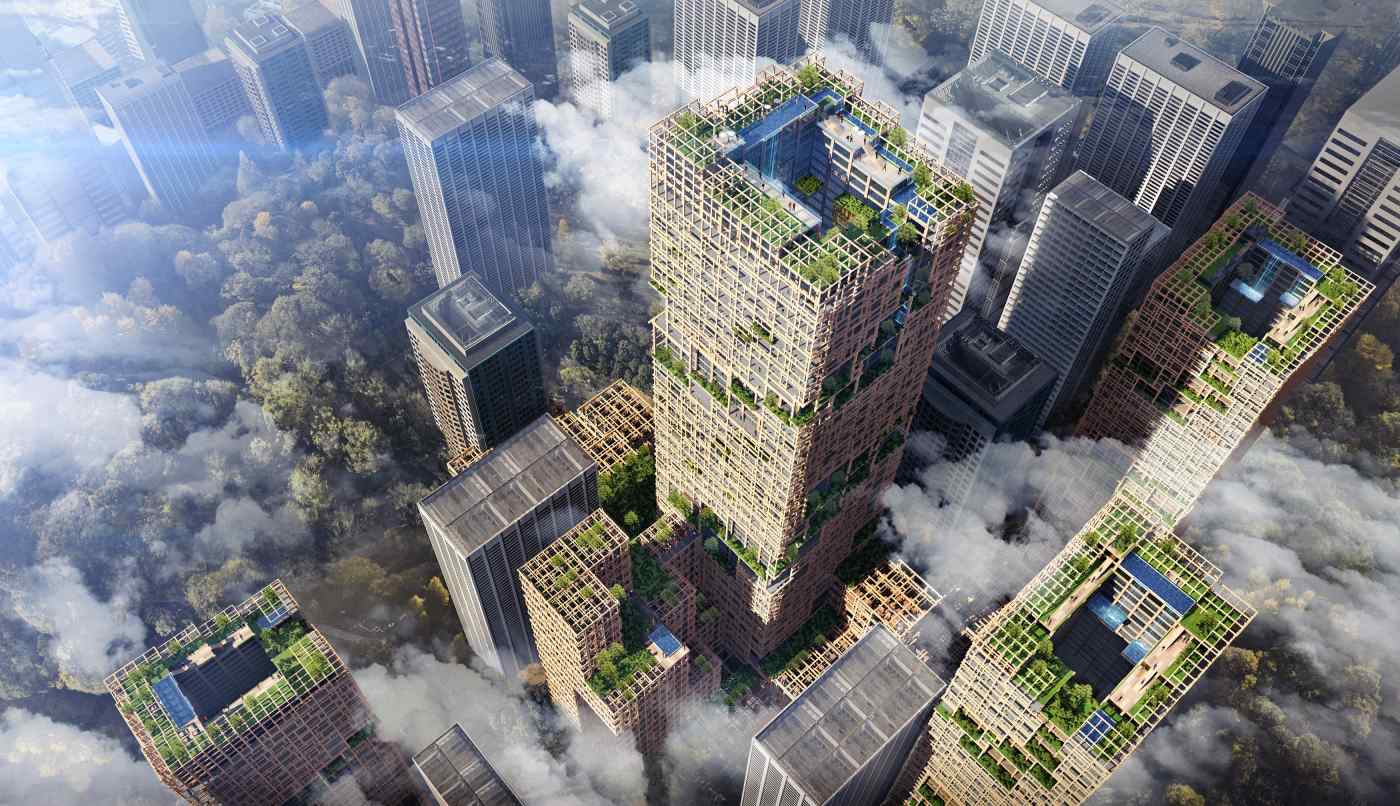 TOKYO -- Sumitomo Forestry aims to plant a 350-meter wooden building in the Japanese capital in 2041 as it relies less on home construction in a graying and shrinking Japan.

The 70-story skyscraper would grace the Marunouchi business district under plans announced Thursday. It would be reinforced with steel for earthquake resistance. No such project beyond seven stories has been planned in Japan until now.