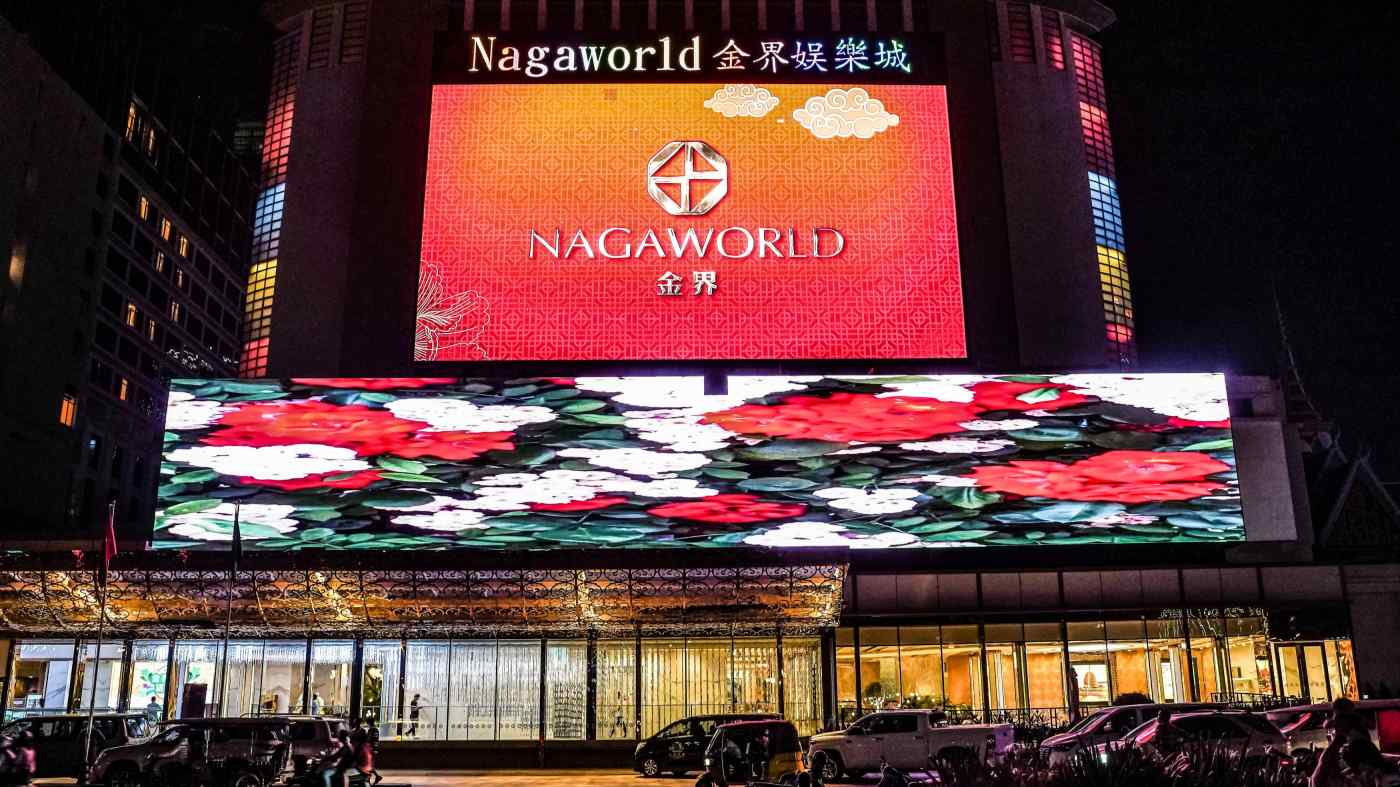 PHNOM PENH -- Workers at Cambodia's largest casino NagaWorld have urged the government to stop the company's plan to lay off more than 1,300 of its 8,000 employees.

Representatives of the Labor Rights Supported Union of Khmer Employees of Naga World delivered a petition signed by more than 2,000 members to the Labor Ministry on Tuesday morning, requesting that officials intervene.

The union says the company is using COVID-19 as an excuse to target their leadership and members.

Union president Chhim Sithar is among those who have been given notice of termination, along with the group's vice president, secretary and treasurer.

Sithar called the company's plan "a clear attack" on the union, saying a similar thing happened after the global financial crisis. "There is a pattern," she told Nikkei Asia. "Among the 1,300 [workers being fired], around 1,100 are union members." The union has more than 3,700 members.

Sithar said about 500 employees who had been given notice had rejected their termination offers, while the rest accepted.

She said workers, who had already suffered pay cuts during the pandemic, were under a lot of economic pressure and called the layoffs "irresponsible and inhumane."

The company recorded $102 million in net profit in 2020 despite plummeting tourism in Cambodia and a three-month, state-enforced shutdown from April that year. It exclusive rights to gambling facilities in the Cambodian capital.

Parent company NagaCorp, which is majority-owned by Malaysian billionaire CEO Chen Lip Keong, did not immediately respond to Nikkei Asia's request for comment. NagaWorld union members on June 8 submitted a complaint to the Cambodian government against the casino operator's plan to fire over 1,300 employees. (Photo courtesy of Labor Rights Supported Union of Khmer Employees of NagaWorld)

The company's gaming complex in Phnom Penh remains closed since being shut for a second time in early March due to a nationwide outbreak of COVID-19 that has resulted in more than 34,000 cases since February.

Hong Kong-listed NagaCorp addressed the planned layoffs in an announcement to shareholders on Monday, which dealt with the possibility of issuing new debt.

The company called the firings "a rationalization program to improve cost efficiency." It said affected employees would receive "enhanced termination compensation over and above payments required by applicable Cambodian laws."

"We believe that these changes and other changes we have made as part of our COVID-19 strategy will help with the quick return to business normality and help deliver continued financial stability over the long term," the company told shareholders.