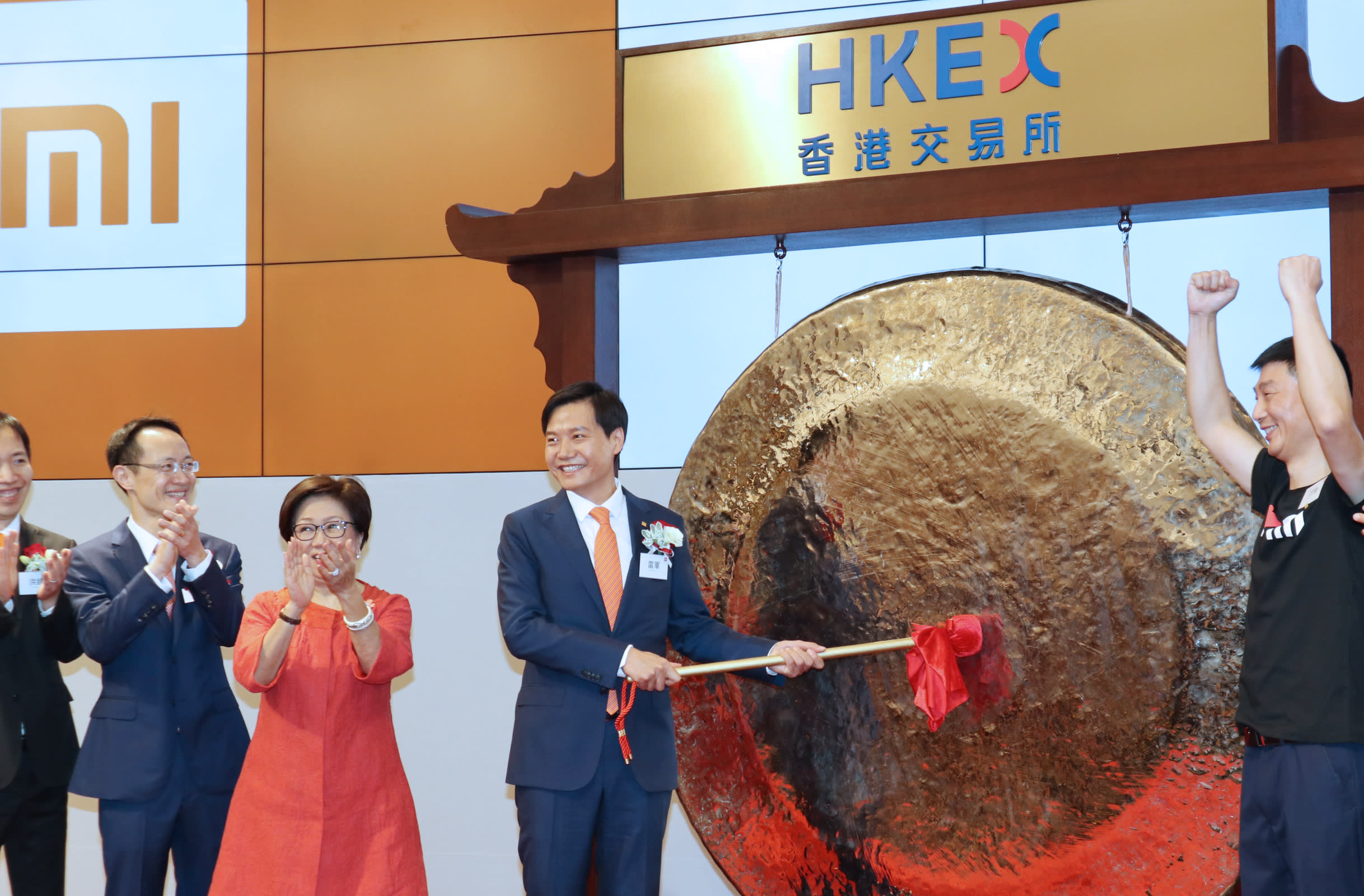 HONG KONG -- Xiaomi shares opened at 16.50 Hong Kong dollars, 2.9% below their offer price in their market debut on Monday, as the Chinese smartphone maker struggled to convince investors that the issue is as valuable as those of internet companies such as Tencent Holdings.

Xiaomi, founded in 2010, is the first company listed in Hong Kong with a dual-share class structure, which gives greater voting rights to certain shareholders.

"Although the overall market is subdued, I beleive good companies will stand out” said founder Lei Jun at a listing ceremony on Monday, citing factors such as trade tensions between China and the U.S.

Lei said many people believed eight years ago that Xiaomi's effort to produce smartphones based on an internet model was a “crazy idea.” But, he said, all innovations are questioned and misunderstood at first.

Market analysts have indeed questioned Xiaomi's target market valuation since it announced plans to float its shares. Xiaomi had hoped for a valuation of $100 billion. But the final offer price of 17 Hong Kong dollars per share put the company's market capitalization at the lower end of its target range, at around $54 billion.

Xiaomi's poor debut could also worry other “new economy” companies, which look to take advantage of Hong Kong’s listing reforms. But this did not seem to concern Charles Li, chief executive of the Hong Kong Stock Exchange.

“ I really don’t put too much focus on the first day of trading. In this environment, it’s already a pretty specular success to get it done,” Li said, when asked if he was disappointed by Xiaomi's opening day.