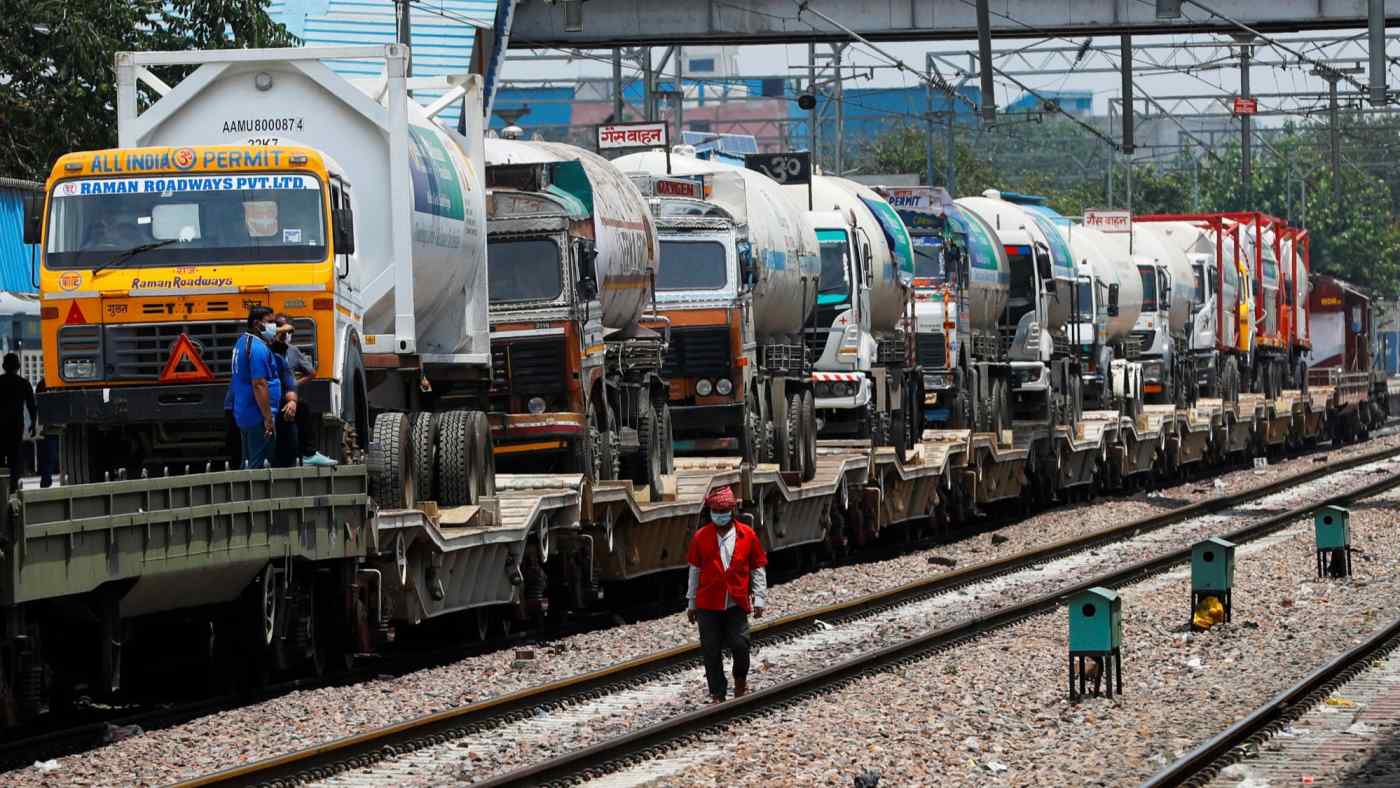 The plant closures, set to start Saturday and end May 31, will also prevent a backlog in inventory due to the number of dealerships suspending business. Yamaha had previously coped by downscaling factory operations.

The move follows the decision by Suzuki to temporarily shut down its automotive plants in India since the start of the month. The plants were initially scheduled to restart on Monday, but the company opted to extend the suspension to next Sunday.

Suzuki, India's top automaker, said it will prioritize the oxygen normally used by suppliers to address the shortage in the medical field. The Indian government issued an order in late April to repurpose oxygen from manufacturing to medical use.

Hero MotoCorp, the largest manufacturer of motorcycles headquartered in India, has decided to prolong its plant stoppage as well.

Stay-at-home orders have been issued in New Delhi and other regions, granting exceptions to manufacturers to continue operations, and some companies have maintained production amid the epidemic.

One of them, air conditioning maker Daikin, has not reduced output at its plant in Rajasthan state. But the Japanese company says it is modifying some production processes to eliminate the use of oxygen.

At Nippon Steel's Indian operations, all  the Japanese employees have repatriated. But the steel mills continue to maintain normal operations, thanks in large part to remote management. The Japanese steelmaker says it is supplying the oxygen used in production toward medical use.

Unicharm, the Japanese maker of daily necessities, is continuing to produce diapers and feminine hygiene products in India.

Coronavirus infections in India have been setting record-breaking numbers over the past several weeks. There have been roughly 360,000 cases recorded in the past 24 hours, India's Ministry of Health and Family Welfare announced Monday. Although the number dipped from the previous day, when cases topped 400,000, that is still four times the peak seen last year.