Project helps to plug leaks that lose water and revenue 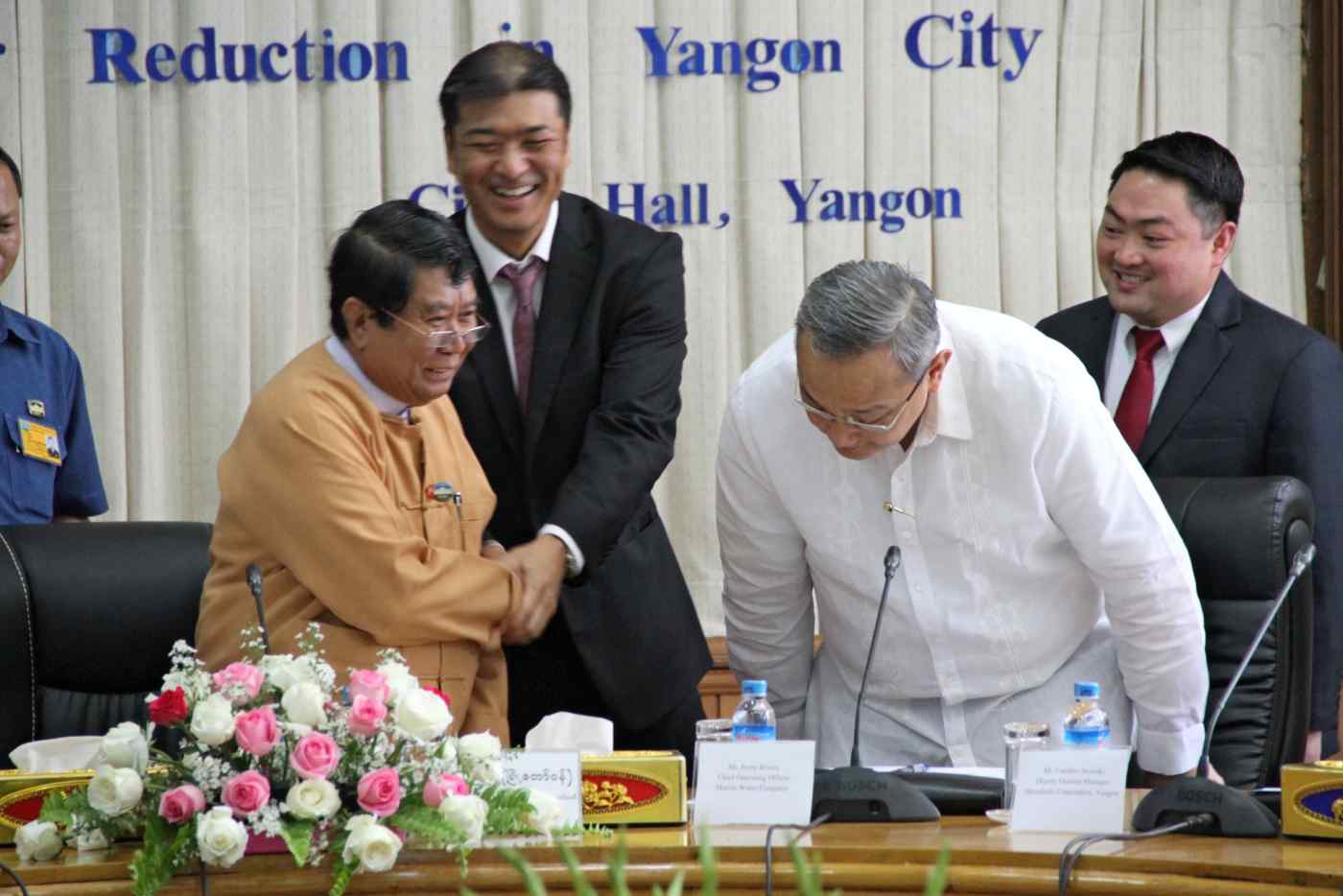 YANGON -- Japanese trading house Mitsubishi Corp. and Philippine utility Manila Water have reduced lost water revenue by about three-fourths here, according to a report they released Friday, through upgrading plumbing and meterage in a trial waste-reduction program.

After signing an agreement in 2014 with the Yangon City Development Committee, the companies launched a trial project to reduce so-called non-revenue water -- water that has been produced and is "lost" before it reaches the customer because of leaks, theft or inaccurate metering.

Leakage weakens pipes' water pressure, necessitating pumps to draw water and making it easier for dirty water to seep in. The pressure and quality of water in the pipes were found to have improved through the trial project.

Pushing for a greater role for the private sector in the city's waterworks, Mitsubishi and Manila Water hope to parlay these results into a bid to manage Yangon's water supply system. They will also point to their success in fixing Manila's water supply, which had likewise suffered from serious leakage.