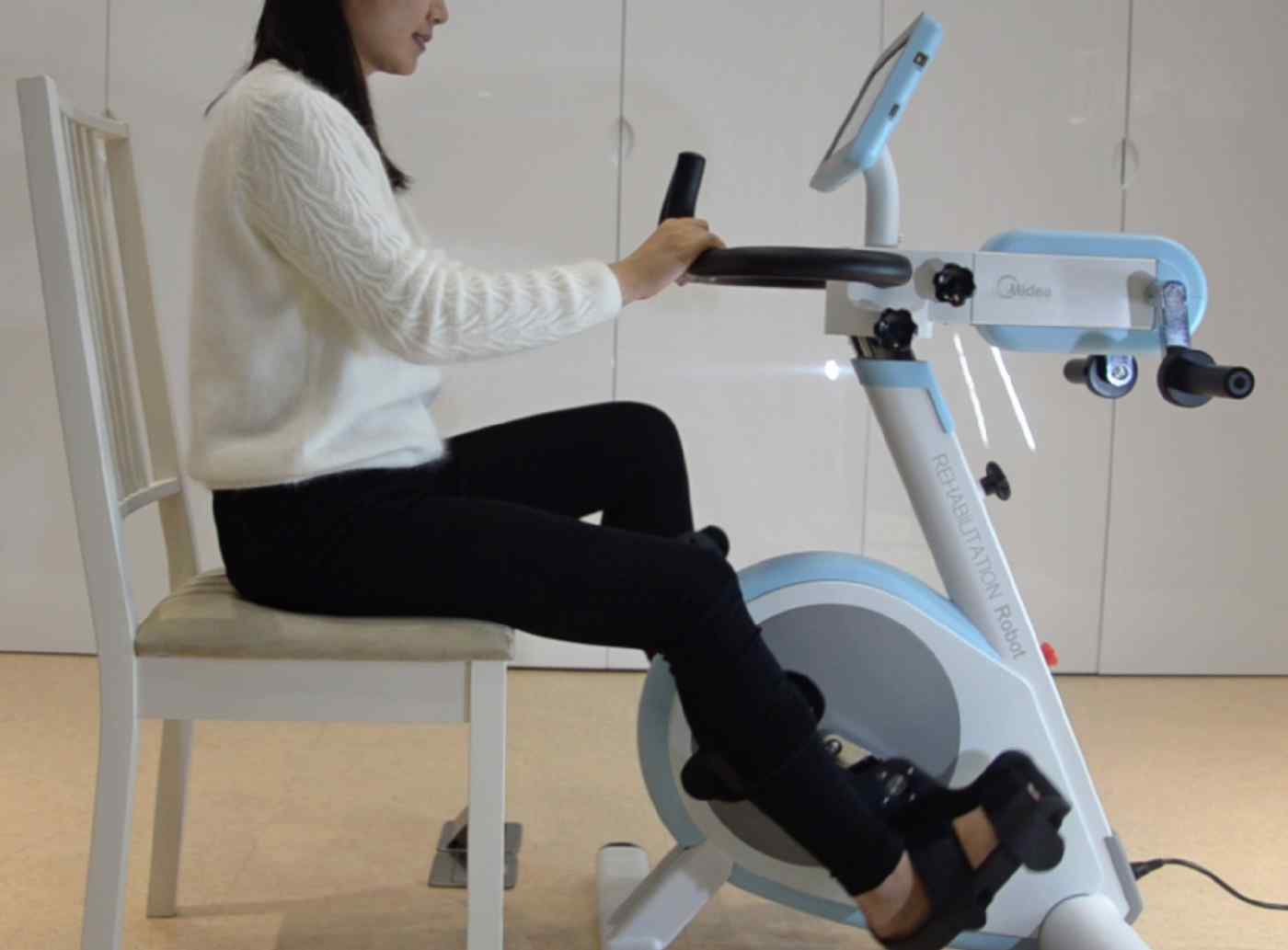 TOKYO -- With an eye on China's rapidly aging population, a Japanese industrial robotics maker and a Chinese home appliance company are joining to develop specialized equipment for elderly people and physical therapy patients.

Japan's Yaskawa Electric and China's Midea Group will begin by selling a stationary bicycle-like pedaling machine through a local joint venture at the end of this month. The device will let users exercise their legs and arms to rebuild physical functions. It will have variable resistance settings to match the strength of the users.

Yaskawa provided motor-control technology that it developed for its industrial robots, while Midea contributed to product design based on its experience with home appliances. The Chinese company will also make use of its sales network. The machine will be priced around 80,000 yuan ($11,600) and sold to hospitals and care facilities across China.

Yaskawa and Midea aim to be selling 10 to 15 products by 2019, including exercise equipment that can be used lying down and a toilet system for bedridden patients. They hope for 500 million yen to 600 million yen ($4.47 million to $5.36 million) in sales from such equipment in fiscal 2018.

Midea owns 60.1% of the Guangdong Province-based venture, which was founded in 2016, while Yaskawa owns the remaining 39.9%. The companies also have a separate joint venture in industrial robots.

Yaskawa already makes and sells elder care robots at home in Japan. It hopes to break into China before its compatriots by developing high-quality products that are specially adapted to local tastes.

China's robotics market so far has been dominated by products for industrial use. Japan's Kawasaki Heavy Industries and Switzerland's ABB are just some of many foreign companies boosting production of such equipment in the country.

But as China's enormous population ages, demand for robots used in elder care and physical therapy is expected to skyrocket. China had about 130 million people aged 65 or older in 2015, according to the United Nations. That number is expected to rise to 200 million by 2025 and top 400 million in 2055.

With an elderly population growing at larger clips than the entire population of Japan, the Chinese market for elder care goods and services could grow to 107 trillion yuan by 2050, according to the Daiwa Institute of Research. Beijing's past "One Child" policy means there are fewer younger citizens to take care of the elderly, fueling demand for any products that would make the task easier.

Providers of in-home care and other services are also looking to China, but it is a tough market for Japanese companies to go it alone. In addition to creating products that meet local demands, they must forge meaningful partnerships with local businesses.