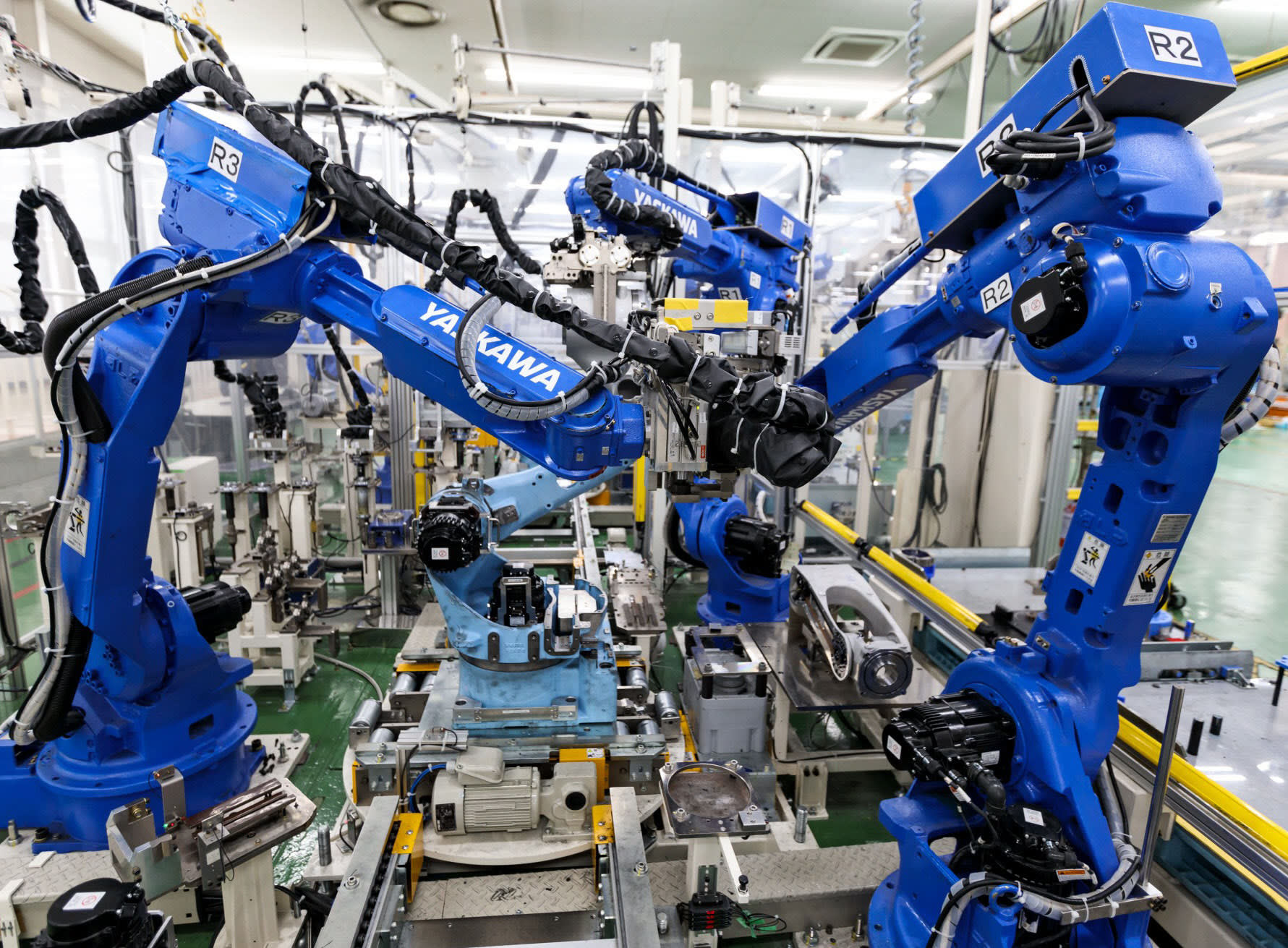 The Japanese company said Thursday it anticipates its net profit for the year that began March 1 to reach about 50 billion yen ($465 million). Yaskawa changed its fiscal year-end to Feb. 28 from March 20 last fiscal year, complicating the year-on-year comparison. But the tally would in effect mark a record profit.

And China, with its strong demand for automation equipment, is expected to drive the earnings growth.

In fiscal 2017, Yaskawa's sales to China reached 103.3 billion yen, accounting for more than a fifth of its overall revenue and rising roughly 30% on the year in a simplified comparison. Chinese sales grew more sharply than the 10%-20% in the U.S. and Europe.

One of the earnings engines is servo motors, which are used in devices like chipmaking equipment and machine tools to enable precision processing. Industrial robots containing motors are another strength for Yaskawa. Chinese demand is growing for both categories of products.

Current trade tensions between the U.S. and China and a slowdown in smartphone production have raised alarm for market investors. Yaskawa's stock has thus undergone a correction since reaching a high in January. But the latest earnings announcement shows the company's confidence.

Investors are worried that Chinese manufacturers may slow their capital investment due to the threat of a trade war with the U.S. But Murakami said Yaskawa's customers in China supply Asian rather than American markets, and therefore the impact should not be significant.

"Investment will pick up in electric vehicles and green energy" as smartphone-related spending slows, he added.

And the Chinese government's strategy to lift the manufacturing sector up the value chain benefits Yaskawa. "Now there is a sense of assurance" about the company's business environment, said Shinji Kuroda at Credit Suisse Securities (Japan).

Yaskawa has set its foreign exchange rate assumption for this fiscal year at 105 yen per dollar, although some are concerned that U.S. may take steps that would lead to a stronger yen.

Generous shareholder rewards are also an indication of Yaskawa's confidence. The company will launch a share repurchase program of up to 12 billion yen and plans to boost its annual dividend to 52 yen per share, up from 40 yen the previous year.

The company is known for being conservative with its earnings guidance, so its optimistic outlook carries that much more weight.

Other China-linked manufacture stocks in Japan have languished as well. Construction machinery maker Komatsu has fallen 10.9% from the end of February, and automation equipment builder Fanuc has slid 3.2%. Kobe Steel has declined 9.5%, and bearings maker NSK is down 17%. Over the same period, the Nikkei Stock Average has decreased just 1.8%.

"With big uncertainties around U.S.-China relations, it's difficult to go for China-linked stocks for the time being," said Soichiro Monji of Daiwa SB Investments.

U.S. President Donald Trump may become even more hawkish in his China policy ahead of the midterm elections in November. But many acknowledge the steady growth of the Chinese economy. Robot maker Nachi-Fujikoshi says demand for its products continues to thrive, thanks to efforts to save manpower. Machine tool builder Tsugami says it has not observed concerning changes in orders recently.

Investors may take a second look at China-related stocks if they hear more encouraging news in late April, when more companies release their earnings.