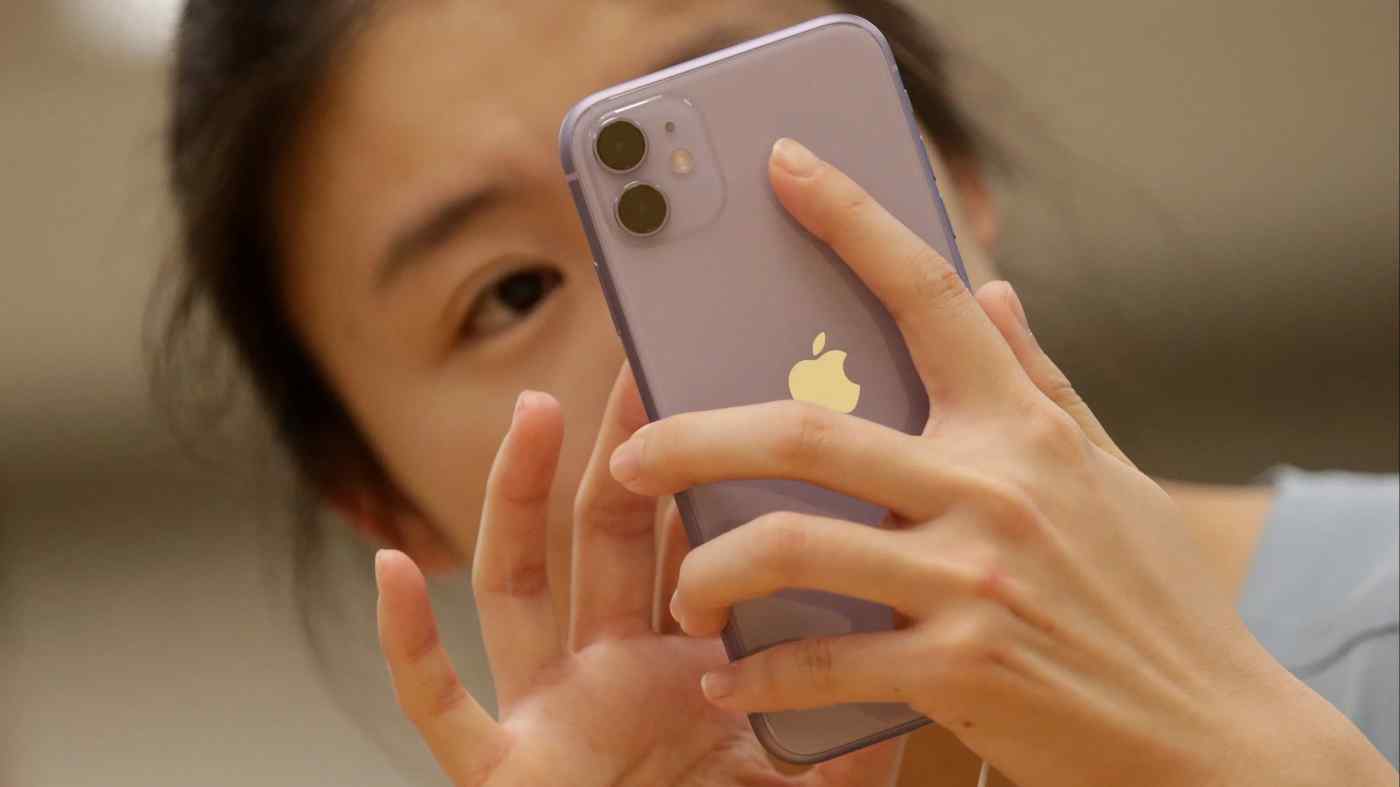 A shopper in China inspects an iPhone 11. JDI is a supplier of screens used in the device.   © Reuters
SAKI MASUDA, Nikkei staff writerNovember 14, 2019 03:44 JST | Japan
CopyCopied

This marks a record first-half loss for JDI, as the company is known, and the sixth consecutive half that it has reported red ink.