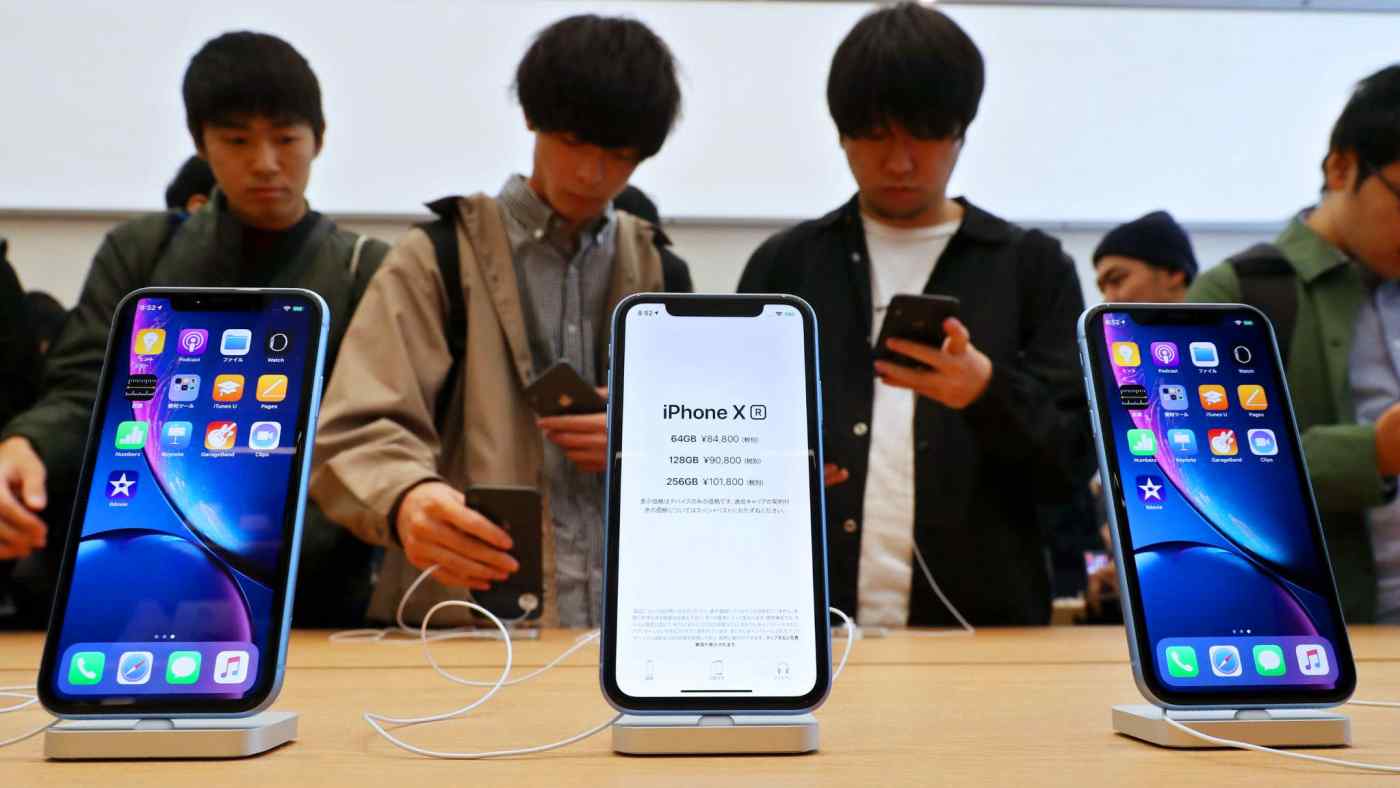 Customers try out the iPhone XR on its arrival at the Apple store in Shibuya on Oct. 26. (Photo by Rie Ishii)
HIDEAKI RYUGEN, Nikkei staff writerDecember 9, 2018 05:45 JST | Japan
CopyCopied

TOKYO -- Apple supplier Japan Display is cutting production from December of liquid crystal display panels for the iPhone XR, sales of which have reportedly proved disappointing since the new model's debut in October.

The reduction is expected to lower output by about 30% from November peak levels and marks a potential setback for the company known as JDI, which had seen the XR supply contract as key to breaking a four-year streak of annual losses.

Domestic factories have gradually throttled down output of panels for the iPhone XR and will halt assembly for 10 days around the New Year's holidays.

Last month, the company lowered its sales forecast for the year ending next March to a growth between 5% and 15% from its previous range of 10% to 20%. It also cut its operating profit margin estimate.

LCD panels for smartphones accounted for about 80% of Japan Display's revenue last fiscal year, and earnings are particularly dependent on business from Apple.

The Tokyo-based company had enjoyed an upswing in orders after Apple held back on its expected switch to newer, pricier OLED screens.

Apple chose Samsung Electronics' OLED panels for the original iPhone X model released in 2017, but after the high price tags kept consumers away, the U.S. company went back to LCD panels for this year's new iPhones, offering JDI breathing space.

Apple positioned the XR, which went on sale on Oct. 26, as the mass-market model in its iPhone X series. The phone has a lower price than other models. Japan Display supplies a majority of panels for the device.

Japan Display's panel inventories are running high after full-bore production in October and November. The company will use some of the capacity freed up by this month's output cuts for products other than smartphone displays.