Company in focus: China's BOE aims to become the new king of displays 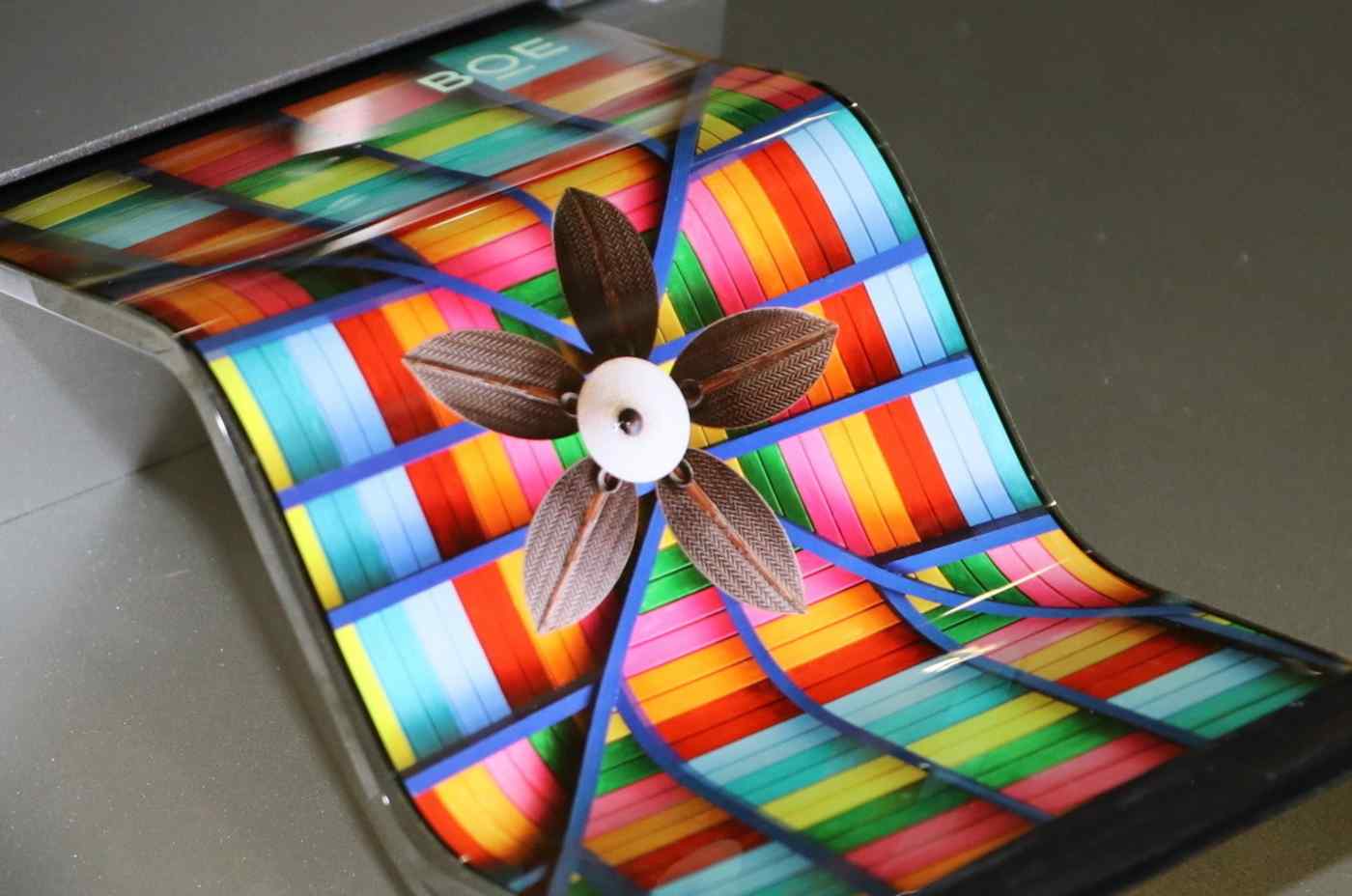 CHENGDU, China Inside a five-story factory the size of 14 soccer fields, known simply as B7, the race is on to dominate the lucrative market for next-generation smartphone display panels. 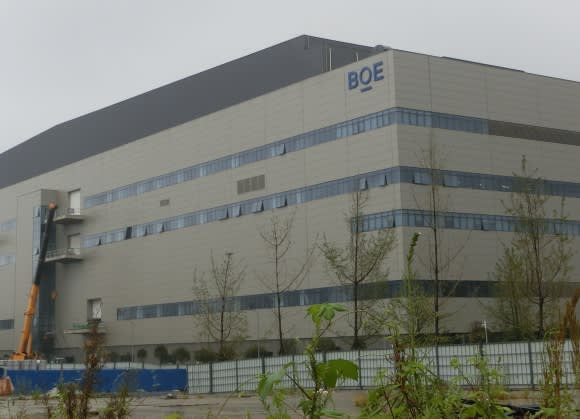 BOE, a state-owned company backed by the Beijing city government, has been working on OLEDs for more than 15 years. It acquired the critical technology in 2001 when it purchased the OLED panel operations of South Korea's Hydis Technologies, which at the time was owned by Hynix Semiconductor (now SK Hynix), and later developed its own technology. In 2011, the company built its -- and China's -- first OLED panel plant in Ordos, in the Inner Mongolia Autonomous Region. In 2014, BOE began mass-producing OLED glass panels on a production line in the city shared with LCD panels. The following year it focused on OLED panels for its new plant in Chengdu, and two years later it established the B7 factory.

"SCREEN OF CHOICE" Analysts say OLED will be one of the main drivers of display panel growth in the coming years.

Neil Campling, global head of technology, media, and telecom research at Northern Trust, said in a recent note that "significant growth in the consumer electronics market is being driven by Apple and their adoption of OLED technology." He believes that "OLED screens should become the screen of choice for smartphones in coming years," due to their superiority in color saturation, thinness and power consumption over existing LCD panels. He said that as smartphones continue to evolve, they will become "fully immersive gaming devices" in the coming years and that OLED screens will be one of the "three key hardware requirements," along with sensors and central processing units. 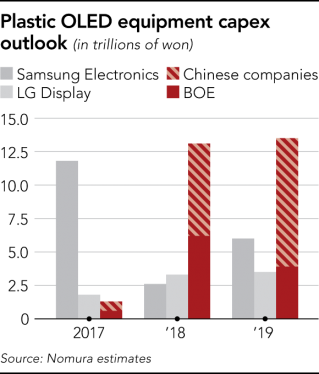 Samsung currently is the only company in the world that can reliably supply OLED panels. The iPhone X, Apple's new flagship model that was unveiled on Sept. 12, will feature a Samsung OLED panel. While the South Korean company enjoys a dominant position in the OLED market -- it has mass-produced them for its own smartphones since 2010 -- its home-country rival LG Display mass-produces tiny OLED panels for wearable devices, such as watches, and plans to enter the smartphone panel market next year.

Just behind the two South Korean panel makers is BOE, which is drawing interest from major international companies. The B7 factory "is equipped with technologies on a par with Samsung Electronics," said a foreign engineer employed by a Chinese company who is versed in OLED technology.

PRESSURE TO PERFORM BOE, which was founded in 1993, began as a state-run manufacturer of vacuum tubes in Beijing that was on the brink of bankruptcy. Chairman Wang Dongsheng, who had risen from accountant to general manager, rebuilt the company with an extra emphasis on technology development. BOE's screens on display at an exhibition in Chiba, Japan, in April.

BOE has so far invested 93 billion yuan ($14.1 billion) in the plants at Chengdu and Mianyang, and it remains aggressive in research and development. Hanging on a wall at the B7 plant is a company road map for OLED production that sets out the goals of developing a foldable display in 2019 and a rollable one in 2021. In addition to its LCD TV operations, the company has begun making high-definition displays for fine-art presentations, onboard displays for self-driving vehicles, and smart-grid systems.

INVESTING IN HEALTH CARE BOE also is committed to its new health care operations. It recently acquired a general hospital in Beijing and invested in a medical venture in Israel, and it is seeking new opportunities in the so-called internet of things, artificial intelligence, integrated health care services and regenerative medicine. It is building an internet-of-things enhanced hospital in Hefei. 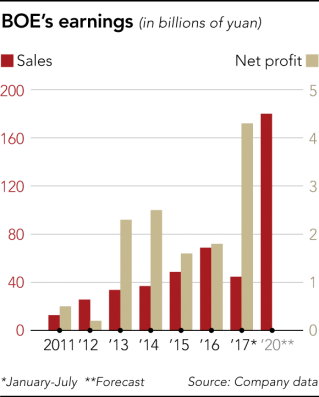 According to an executive in China's panel industry, BOE invests far more than its Japanese competitors, driving rapid growth on a par with South Korean companies. As a Beijing-backed state-owned company, it has the advantage of reducing financial exposure by having local governments help with fundraising, joint investment in plants and other expenditures.

Government subsidies for research and development, moreover, are a big reason BOE has been able to pursue new business so aggressively. "Government assistance is the source of BOE's strength, but it could lead to a lack of the kind of spontaneity that corporations need to build earnings," said a specialist in China's display industry. "This could negatively affect it as it competes globally in the future."