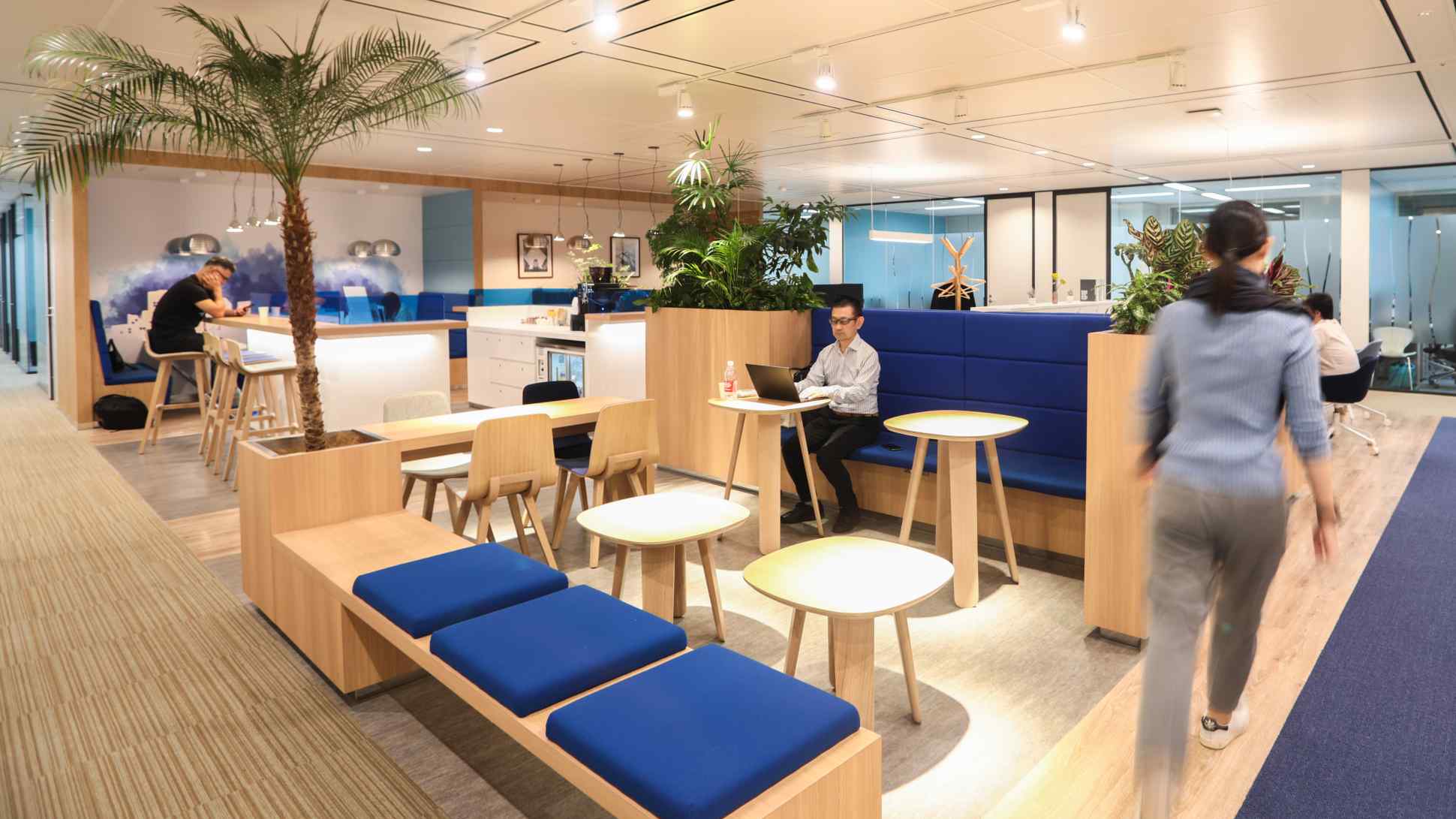 TKP manages conference rooms and shared workspaces like this Regus-brand location in Tokyo. (Photo by Yuki Kohara)
Company in focus

TOKYO -- Hours before WeWork withdrew its initial public offering on Sept. 30, a Tokyo-listed competitor priced its own shares in a public offering that added more than $200 million to its coffers.

The timing was coincidental, says TKP founder and President Takateru Kawano. Nevertheless, it was as if investors were giving his office space company a stamp of approval while shunning its bigger and more famous peer. TKP's new shares were priced 40% above their value at the end of last year. WeWork, meanwhile, took a $9.5 billion bailout from SoftBank Group that valued the company at less than a fifth of its former $47 billion price tag.