With more than 520 million users predominantly in mainland China, Alipay handles over 200 million transactions a day, from routine purchases like groceries and taxi fares to less-obvious forms of payment, such as monetary offerings at temples.

After a bit more than a decade, it has become one of the largest online payment companies in the world by users and transaction volume. 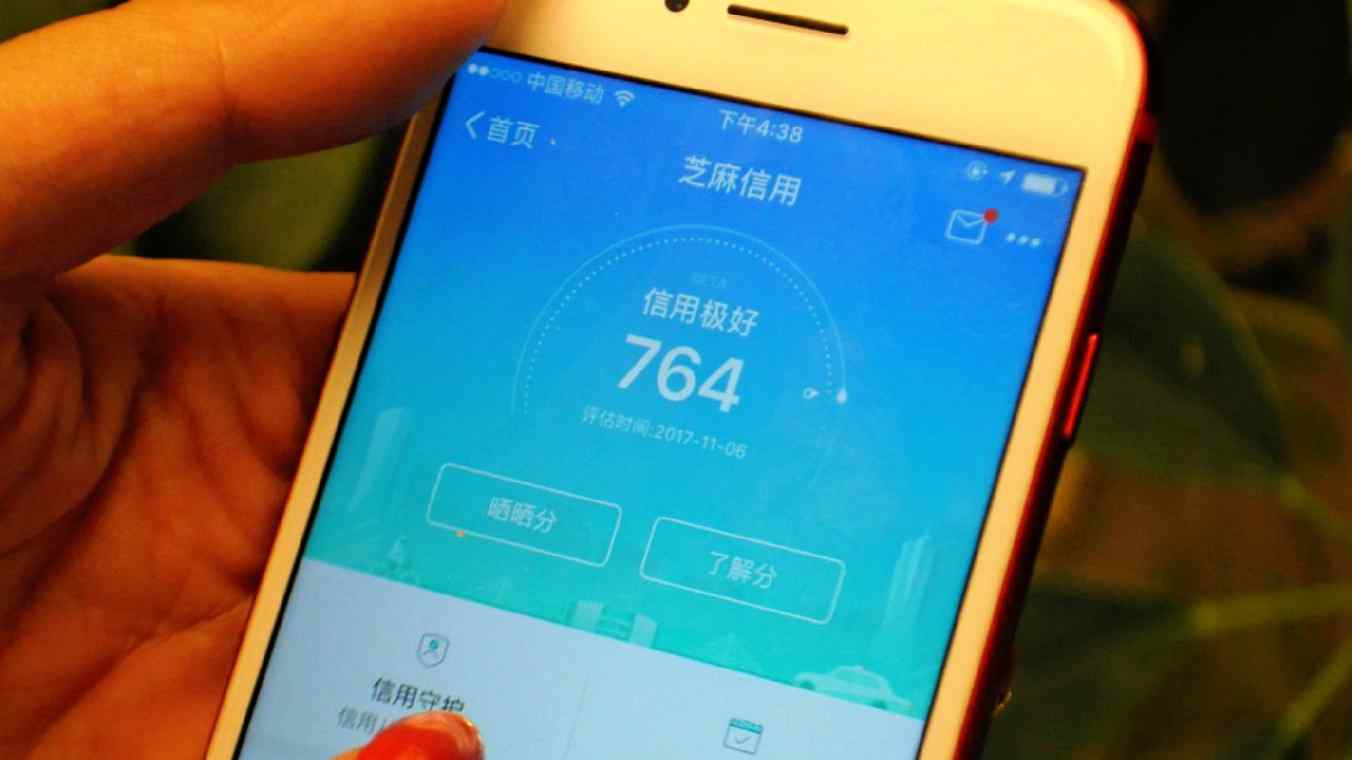 Alibaba is now providing loans to microbusinesses and farmers who have been shut out of conventional lenders, and the data on customers collected through Alipay enables it to strengthen its credit analyses.

But as China moves toward a more cashless society, there are concerns that the government's already heavy hand will extend even further as it collects data from Alibaba and rival Tencent Holdings on their customers under new financial rules.

Alipay traces its origins to December 2004, when Alibaba founder Jack Ma Yun felt the acute need to bridge the lack of trust between merchants and customers of online products.

"In the past, Chinese online retailers didn't want to ship merchandize until they received money, and consumers didn't want to pay until goods were delivered," Chen Long, the chief strategy officer of Ant Financial, told the Nikkei Asian Review. "This hampered the growth of the e-commerce market."

In order to address the trust issue, Alipay introduced an escrow service, in which it acted as a go-between and a guarantor of online transactions. During its early days, some customers used fax machines to inform sellers of their remittances.

At Ant Financial's headquarters in Hangzhou, Zhejiang Province, about 160km southwest of Shanghai, a large screen indicating locations where Alipay is used are displayed digitally on a world map.

But while Alipay's in-store payment service is available in more than 30 countries, it is still working to break into developed markets, which are dominated by traditional digital payment methods such as Visa, MasterCard, and PayPal.

Alibaba charges merchants a commission of 0.6% on sales, far lower than credit-card commissions, which run between 3% and 5%, making it more attractive for merchants. But there is a way for merchants to avoid commissions completely. While they have to pay commissions for business transactions, there is no charge for remittances between individuals. That means businesses can use the service commission-free if they register as individually owned shops.

Such sales were on vivid display recently at a wet market in Suzhou, Jiangsu Province. With the use of QR codes, many sales took advantage of the commission-free rule in the form of peer-to-peer transactions.

Another advantage to using QR codes is that they are considered to be secure, reasonably cheap and easy to use. Security is especially important, given that counterfeit banknotes are circulating widely in China. Alipay is also part of daily life in a wet market in Suzhou. (Photo by Yusho Cho)

Chen said that financial losses caused by its technical glitches occur "just around 1 yuan per 100 million yuan ($15 million) in transactions."

Another aspect of Alipay's popularity is its high level of convenience, which eclipses that of cash and credit cards.

For example, a visitor to the historic site of the Jingci Temple in Hangzhou no longer needs to bring coins for offerings. Instead, visitors can simply hold their smartphones over a QR code on the offertory chest and donate whatever amount they want.

A temple official said even many senior citizens offer money using that method.

Alibaba's variety of low-cost services help it to compete with its biggest rival, Tencent, and the company is counting on Alipay to play a crucial role in users' everyday activities.

Take, for instance, fresh-food retailer Hema Xiansheng, which has 20 outlets in China and in which Alibaba has a stake.

A customer begins by placing an order on a smartphone, meat and vegetables are then packed at a traditional brick-and-mortar store, and the food is delivered in about an hour. And the payment is settled on Alipay. Users may either charge their Alipay accounts or be connected to their bank accounts.

Alibaba offers an incentive to encourage consumers to use its online payment service: a scoring system for individuals' creditworthiness called Sesame Credit, which obtained a permit from the People's Bank of China in 2015.

Personal information sent to Alipay makes transaction and settlement records gathered by Alibaba especially valuable, and it is helping the e-commerce company to usher in a new era of data-based credit.

Using the data, Ant Financial has begun extending loans to customers who have been unable to borrow from traditional banks, through the internet lender MyBank. MyBank's outstanding loans totaled 32.9 billion yuan end at the end of 2016, up more than three-fold from a year earlier, according to its annual report. Customers with high scores are exempted from deposits for hotels and share bicycles, and are eligible for larger loans or preferential interest rates. Users have 24-hour access to their scores, which are revised every month.

This new credit economy is spreading to small and midsize companies, as well as microbusinesses. To lure more small merchants to accept Alipay, Ant Financial said in October that it would offer them as much as 1 trillion yuan in microloans over the next three years, while waiving fees for cash withdrawals.

The city of Yiwu in Zhejiang, which has a concentration of apparel and sundry wholesalers and makers, is one example. One online shop owner took out a loan from Alibaba over the summer to purchase more stockings and socks ahead of the Singles Day Festival -- an annual cyber-shopping event on Nov. 11 that has become China's biggest online sale.

The shop owner spent only several minutes to input into an online application such information as how the money he hopes to borrow will be used.

Alibaba replied immediately, informing him that the upper limit of the loan would be 200,000 yuan. When he asked to borrow 80,000 yuan with a repayment period of six months, the money was remitted to his Alipay account within minutes. No collateral was required, and the interest rate was a mere 0.04% a day.

Alibaba has created more than 100,000 indexes and over 100 projection models to determine how likely a customer will repay a loan's principal and interest.

Chen, Ant Financial's chief strategy officer, said the ratio of arrears is far below that of consumer-loan companies in China, which is estimated at up to 10%, adding that Alibaba provides loans because "creating the credit environment is Alipay's central role." 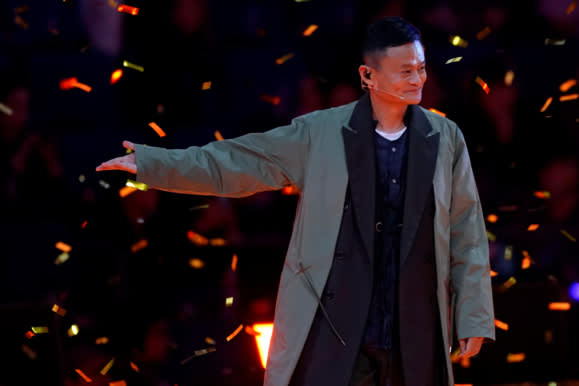 Alipay more recently has been promoting its mobile wallet service, which it launched in 2009, a smartphone-based tool that allows transactions anywhere. It now handles 60 billion settlements a year and is expanding its operations to microbusinesses, which have fallen through the cracks of the conventional financial system.

The online payment platform is also reaching out to farmers by offering services projecting cash flow for seeds, fertilizers and agrichemicals, according to an Ant Financial official in charge of agricultural loan business.

The lender advises farmers how they should use the funds before they start planting, and collects the loan after harvest, and accepts collateral depending on borrowers' financial situations.

Alipay has started providing loans for farmers to buy piglets, although they need longer repayment periods. Chen said the company is determined to do big data-based business in the areas where conventional lenders are not able to reach.

Alipay holds 54.5% of China's third-party mobile payment market, which totaled 27.1 trillion yuan as of the second quarter of this year, according to Chinese internet consultant iResearch.

Its share has declined from 82.3% at the end of 2014, when Tencent introduced a feature known as "red packet" on WeChat, its popular instant-messenger service.

By tapping into the Chinese custom of giving cash gifts in red envelopes during the Lunar New Year, the feature has furthered the use of Tencent's mobile payment services, Tenpay, and later, peer-to-peer money transfer function, which is increasingly employed by small- and medium-size merchants for payment collection.

Jim Lai Zhiming, head of Tencent's Financial Technology Department, said in November that the Shenzhen-based company had already surpassed Alibaba to become the largest payment operator for offline merchants as measured by transaction value in China. In an effort to mimic Ant Financial's success, Tencent is trying to lure users to keep their money on their WeChat accounts by offering a money-market fund using deposits on the digital wallets, known as Lingqiantong.

Ant Financial's Yu'e Bao became the world's largest money-market fund in the first quarter of this year, with 1.4 trillion yuan in assets under management as of June, according to Fitch Ratings.

The two technology companies are also competing outside of their home markets. Aside from tapping outbound Chinese tourists, they are also vying for substantial unbanked populations in Southeast Asia.

In its 13 years of operations, Alipay has not been without controversy.

In June 2010, the People's Bank of China, the central bank, issued regulations requiring nonbank payment-service companies to be fully owned by Chinese companies or individuals.

That presented a problem, because two of Alibaba's major shareholders were non-Chinese: SoftBank of Japan and Yahoo of the U.S. As a result, Alipay was separated from Alibaba and became an entity under the control of Jack Ma, which led to a dispute between Alibaba and the two foreign shareholders.

Alipay's restructuring eventually led to a "framework agreement" in July 2011, with Alibaba sharing benefits with SoftBank and Yahoo.

And the benefits are lucrative. The royalties and software technology service fees paid by Ant Financial to Alibaba totaled 2.086 billion yuan for the fiscal year ended March 2017.

Hong Kong-based securities firm CLSA in September valued Ant Financial as much as $80 billion, of which nearly 70% comes from its payment-service operations, 11% from financing and 9% from wealth management. CLSA has valued Tencent's financial unit at $41 billion.

Ant Financial said an initial public offering is under consideration. But last month, Jack Ma said that there was no timeline for a listing, according to Chinese news reports. The Financial Times reported in May that an IPO was shelved over regulatory complications.

It has also evolved into a debt company by packaging the loans it extends to Alipay users into asset-backed securities.

Douglas Feagin, senior vice president of Ant Financial, recently told CNBC that demand for such securities are strong, dismissing concerns that the company is not running the business transparently.

But Alibaba's vast amount of data and business expansion have a potentially negative side: The Chinese government could use the data to probe further into its citizens' lives.

The central bank has informed financial institutions that they will have to start making all electronic settlements through its system, Nets Union Clearing, beginning next year. Also known as Wang'lian, Nets Union is 37% owned by the People's Bank of China, and Tenpay and Alipay each have a 9.6% stake.

Given that the central bank has expressed hope in using the data it obtains to tackle money laundering, it will likely collect a significant amount of detailed information.

Alibaba says it will not provide data to a third party without customers' consent, but it has also shown a willingness to comply with Chinese regulations and directives from authorities.

"We are not going to release any data, unless we have our users' consent," Chen said.