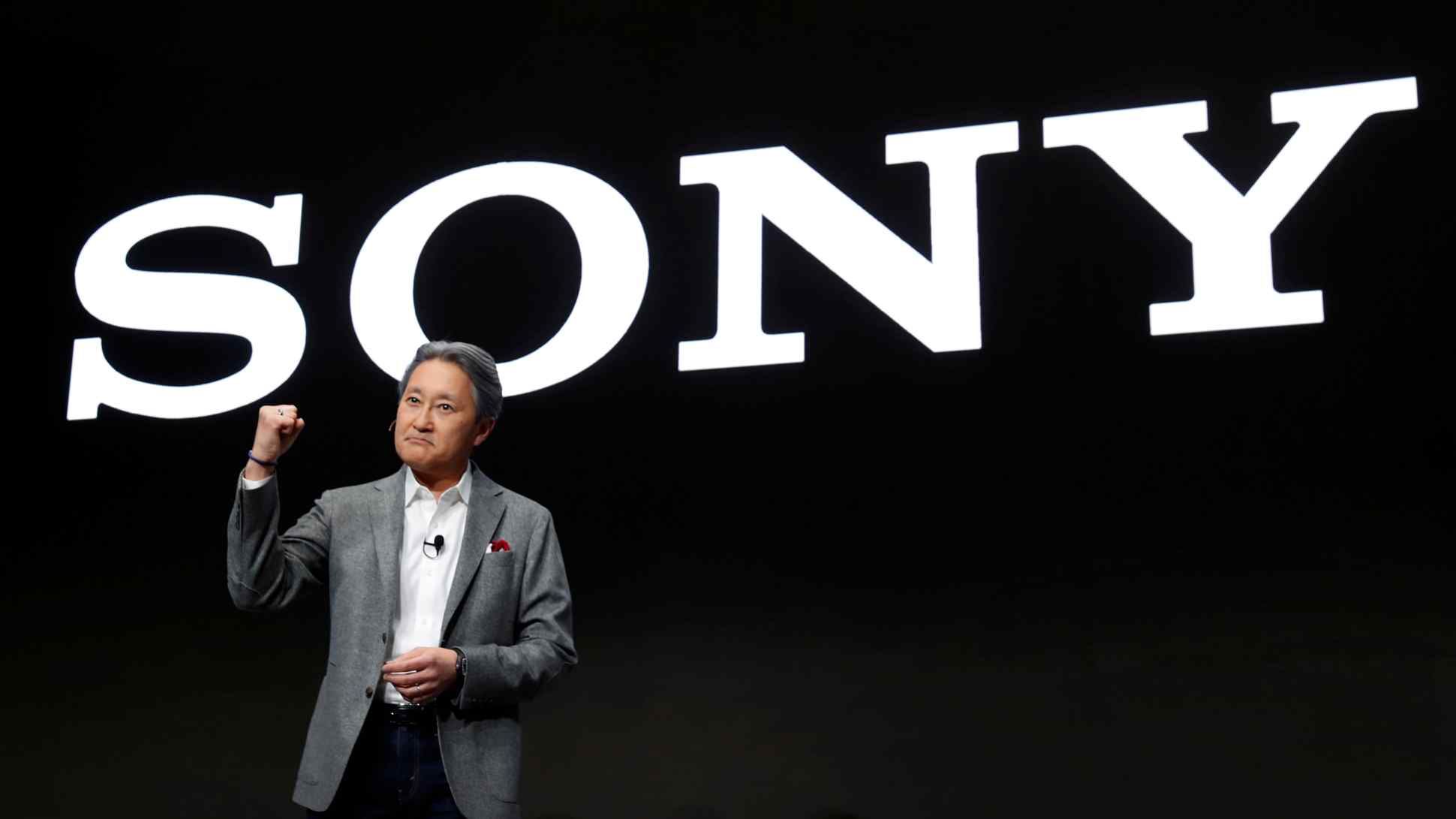 Kazuo Hirai, then-president and CEO of Sony Corporation, makes a fist during a news conference at the 2018 CES in Las Vegas, Nevada, U.S.   © Reuters
Company in focus

How Sony saved itself, as seen from the trenches

TOKYO -- Sony was battered and bleeding red ink. Three years ago, it looked like the Japanese electronics pioneer was doomed to irrelevance, if not worse.

Then came the resurrection.

The Sony of today is almost unrecognizable compared with that wounded giant. The company expects to post a 6.5-fold increase in consolidated net profit for the year ended March, to a record 480 billion yen ($4.54 billion). But how did it get here?

Workers in the trenches point to three factors: less distance between management and product teams, a renewed willingness to take risks and a keen awareness of costs.

Even the Walkman is cool again, years after Apple's iPod and the rise of smartphones pushed the once-iconic portable music player into obscurity. Sony came to the realization that the answer was to focus on audio quality, and one result is the NW-WM1Z -- a player machined out of a solid, oxygen-free copper ingot. 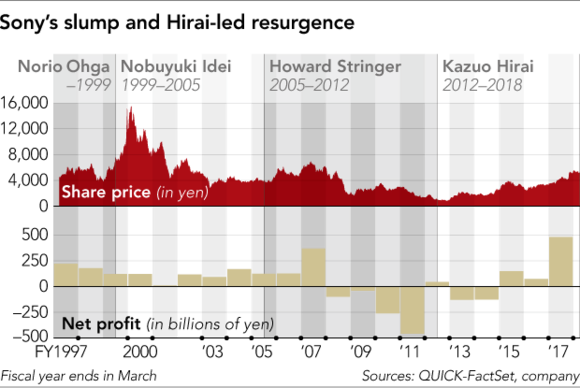 The device's 450 grams give it a heavy feel to match its hefty price tag of more than 300,000 yen. The product, released in 2016, epitomizes Sony's shift to a high-added-value strategy -- a pillar of the reforms of President Kazuo Hirai, who just stepped aside.

Project leader Tomoaki Sato never imagined such a device would actually reach the market. "I was testing out prototypes and decided to try some oxygen-free copper on a whim," he recalled. "I heard that President Hirai was delighted with how the prototype sounded, but I never said you could use oxygen-free copper for a mass-produced product."

Hiroaki Sato, who co-developed the new Walkman with Tomoaki Sato, tips his cap to top management. "I'm really grateful that management decided to commercialize it after listening to the sound themselves," he said, noting that an employee of a Sony rival told him that "the people who give the OK deserve credit." You might say executives' enthusiasm for the project was almost consumerlike. Many Sony insiders say this sort of closeness between management and workers was the starting point for the company's turnaround.

The developers of the new Aibo robotic dog had a similar rapport with the top brass.

In the fall of 2016, Hirai left his office on the 20th floor of Sony's Tokyo headquarters to visit the Aibo team two floors below. Looking at the robot, the president wondered aloud how Sony would present it to consumers. "We can't just put it in a box, can we?" he asked.

The Aibo is supposed to evoke a sense of life. Somehow, sticking it in a box like an ordinary gadget seemed wrong.

"If a box is no good, how about you personally hand the robot over to each owner?" one team member joked to Hirai. In the end, Sony decided to sell the dog in packaging that resembles a cocoon.

It is telling that a worker felt free to joke with the president. This was not always the case: When Hirai first started visiting the Aibo developers, they all but froze in their tracks.

"To release a product without precedent was honestly frightening"

Sony co-founders Masaru Ibuka and Akio Morita used to stop by work sites often. They would place orders for products under development or simply pat staff on the back. That tradition fell by the wayside when Nobuyuki Idei and Howard Stringer were running things. So when Hirai showed up, many workers were unsure how to react.

But Hirai -- who spent his career in the entertainment business before taking the helm in 2012, and has no background in manufacturing -- clearly enjoys seeing how products come into being. His frequent presence, it seems, motivated project leaders to pursue exciting projects, as in the days of the founders.

Management's renewed bond with workers goes hand in hand with the second factor behind the resurgence: an atmosphere conducive to taking risks. The Aibo team developed a rapport with top management, including Hirai.

When the new Aibo was in its early stages, the team demonstrated the robot before a group of executives. The dog shook its head so vigorously that its ears broke off and went flying. The lead designer was mortified. The managers, though, were simply astonished at how much the robot could move.

"Features we developed in the morning we demonstrated that same afternoon," recalled Takuma Morita, an Aibo software developer, illustrating how the fear of failure has been exorcised.

The new culture of risk-taking has reached the TV business, a segment that hemorrhaged money for a decade and symbolized Sony's stagnation.

Consider the Bravia A1, an OLED model released last year. Look at the TV straight on, and all you see is the flat organic light-emitting diode panel. The speakers normally placed at the side or bottom are nowhere to be found, because they are not necessary.

The TV generates audio through vibrations of the screen itself. Sony calls this "acoustic surface" technology, and it had never been tried in a mass-market set before.

"To release a product without precedent was honestly frightening," said engineer Hiroshi Yoshioka. But the chiefs of Sony's TV division were eager to defy convention and gave the go-ahead.

Sony was able to build the Bravia A1 thanks to technologies it had accumulated over the years. The company had figured out how to "make glass sing," Yoshioka said. In the early stages, the sound quality was worse than a portable radio. More than 220 prototypes later, Sony had its acoustic surface. Now, the Bravia A1 has captured a large share of Japan's flat-panel TV market.

But Sony has also learned that it need not always rely on its own technology.

Back in 2007, it was the first to introduce an OLED TV. Sony handled everything in-house, including panel production. Soon, it was pushed out of the market by more competitive South Korean rivals.

This time, for the Bravia A1, Sony is sourcing panels from outside its walls.

"Panels have evolved, and any company can buy and use them for TVs," said project leader Yosuke Nakano. "So there are only a few essential parts and materials that we can use to create the experience we want to provide.

"Our value comes from the way we cook with those ingredients."

Even experimental recipes, of course, must take costs into consideration. This brings us to the third factor in Sony's rebound. The PlayStation VR team sought to offer a fully immersive experience for less than the $399 price of the PS4.

When Sony set out to develop the PlayStation VR -- a virtual reality headset compatible with the hit PlayStation 4 console -- the designers had a few goals in mind. They wanted to create a fully immersive experience in a product that would not be a hassle to use. They built one prototype after another, fine-tuning how the headset felt and looked. Throughout the process, one parameter remained nonnegotiable: the price.

"There was no way this accessory was going to cost more than the PS4's $399 price tag," said Yasuo Takahashi, director of hardware global product strategy and management in Sony's game division. 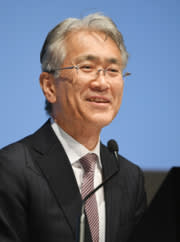 The PlayStation VR was released in October 2016 and passed the 2 million sales mark in a little over a year.

The Aibo team was also urged to think about costs. "The engineers were told time and again that the budget would not change," said Yuhei Yabe, who managed the development.

The rough years were a learning experience for making things at Sony," said Hirotaka Tako, a designer for the Bravia A1.

It will be up to Kenichiro Yoshida, who took the reins from Hirai on April 1, to keep Sony on its new trajectory.