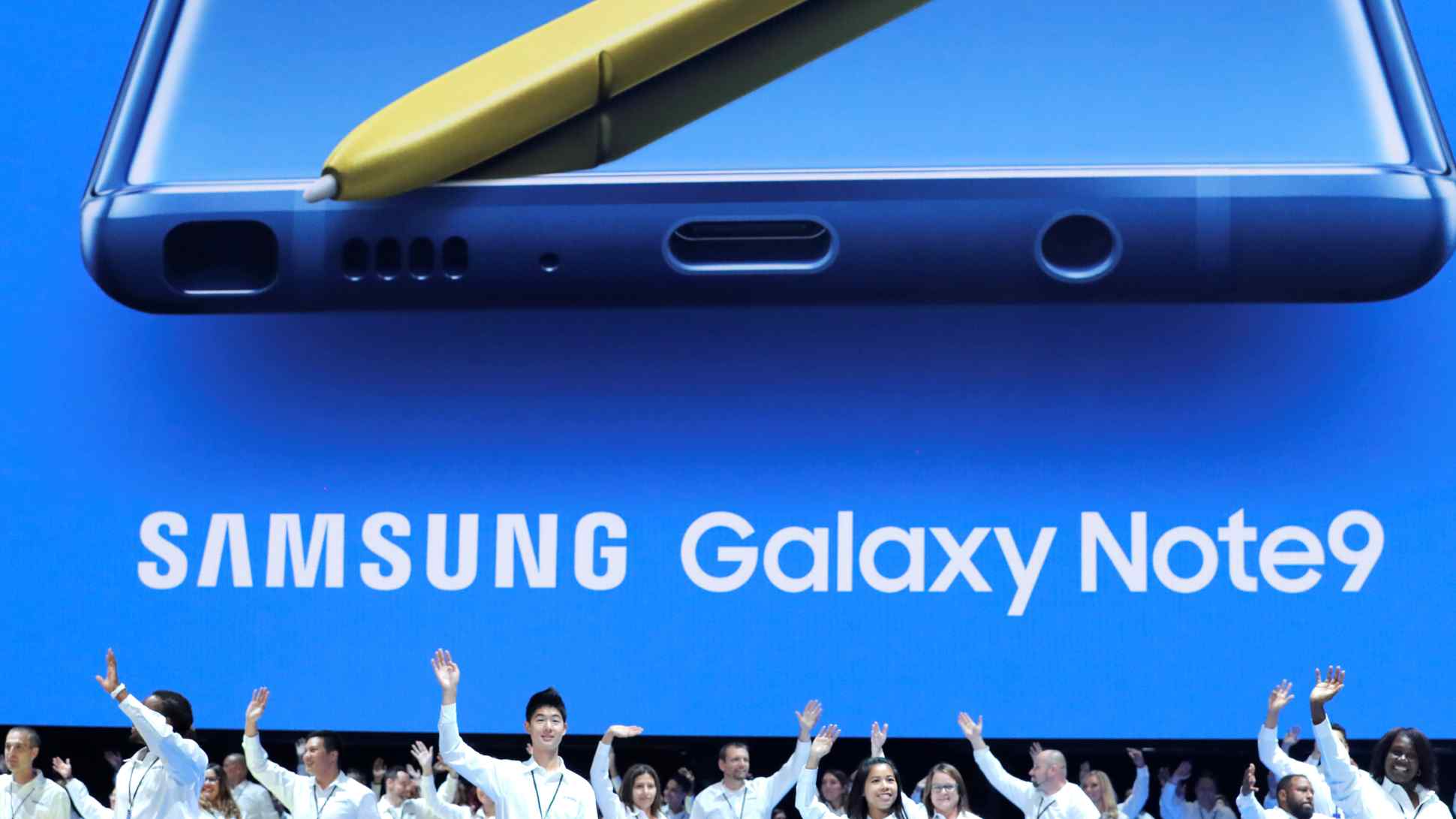 Samsung employees greet the audience at the company's Galaxy Unpacked launch event for the Galaxy Note 9 in New York on Aug. 9.   © Reuters
Company in focus

Koh, in charge of the company's IT and mobile communications sector, had a concerned look on his face and did not smile during the group photo session at the company's new semiconductor production base in Pyeongtaek, 65 km south of Seoul. The 57-year-old engineer, who has spent most of his three-decade career in developing mobile phones, is now under enormous pressure to turn around the company's smartphone business that has been struggling with challenges from Chinese competitors.