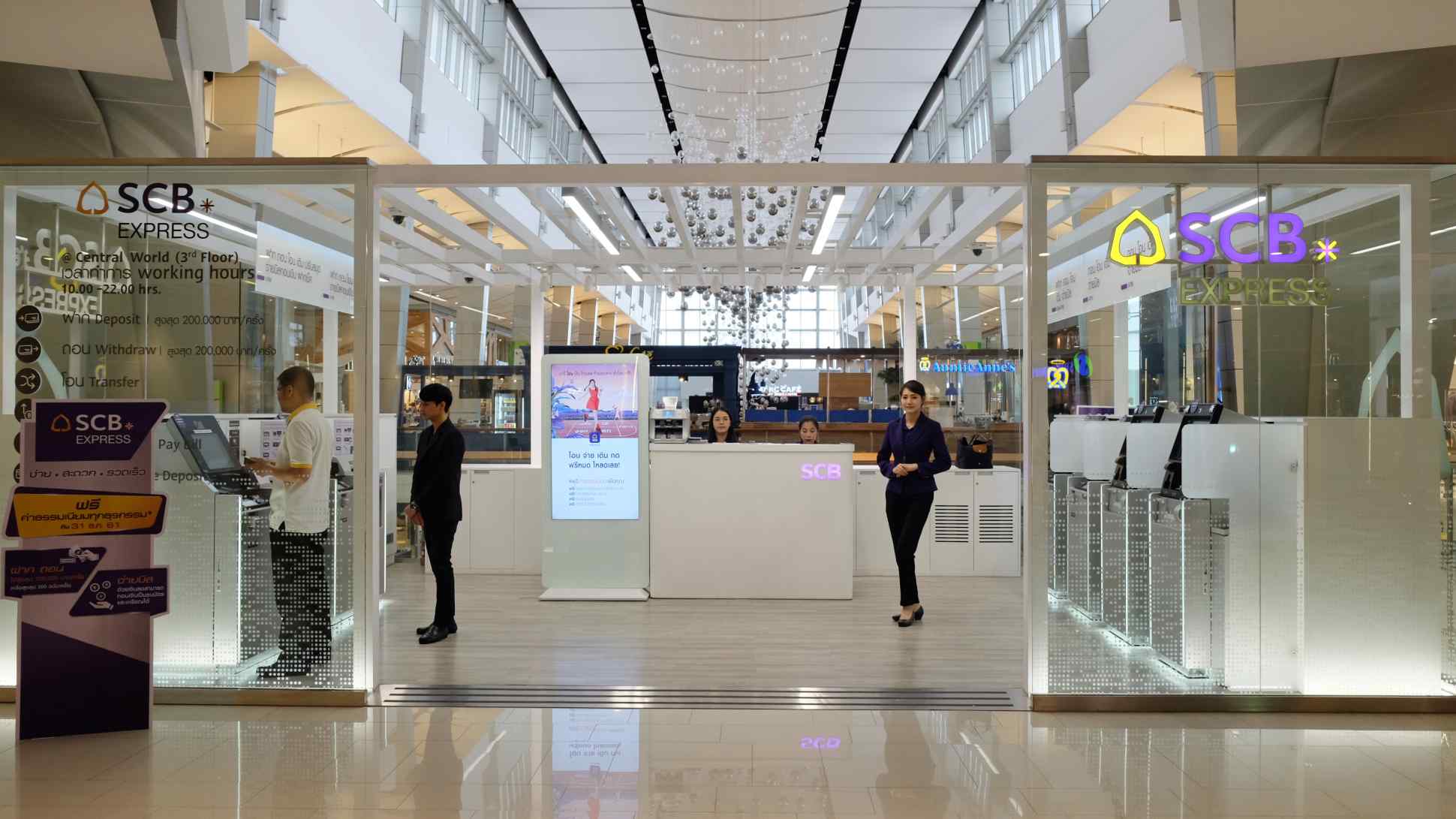 Siam Commercial Bank is replacing some of its traditional retail branches with unmanned outlets called SCB Express, such as this one at a mall in Bangkok. (Photo by Yukako Ono)
Company in focus

BANGKOK -- Siam Commercial Bank sent shockwaves through Thailand's banking industry in March when it said it would scrap nearly all fees for money transfers and bill payments conducted on its mobile banking app.

Less than two hours after the announcement, Krung Thai Bank, another major Thai lender, sent out a hastily prepared press release detailing similar cuts. By the end of the day, the remaining two of the big four banks -- Bangkok Bank and Kasikornbank -- had also followed suit.