Condiment maker Mizkan to buy Unilever's Ragu and Bertolli sauce for $2.15B 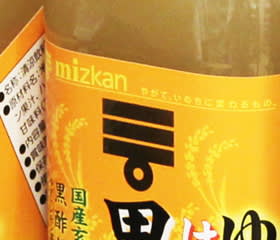 Mizkan Holdings has made a number of acquisitions in Europe and the U.S. in recent years.

Mizkan agreed to buy the Ragu and Bertolli brands, which are popular mainly in North America, for $2.15 billion.

The Japanese company, based in Aichi Prefecture, has made a number of acquisitions in Europe and the U.S. in recent years. Mizkan's overseas expansion, which also includes moving into emerging countries, comes as Japan's declining birthrate and aging population leave little room for growth at home.

Unilever, meanwhile, has more than 10 global brands that generate annual sales of over 1 billion euros ($1.36 billion), including Lux hair care products and Knorr soups. The company is reviewing its business structure and is looking to sell off the pasta sauce business so it can focus on more profitable operations and brands.

For the year ended in February this year, Mizkan reported group sales of 164.2 billion yen ($1.6 billion), with group pre-tax profit of 21.2 billion yen. Its overseas sales grew 66% on the year to 56.4 billion yen, with overseas sales accounting for about 34% of total sales. With the latest acquisition, the company hopes to raise that ratio to more than 50%.