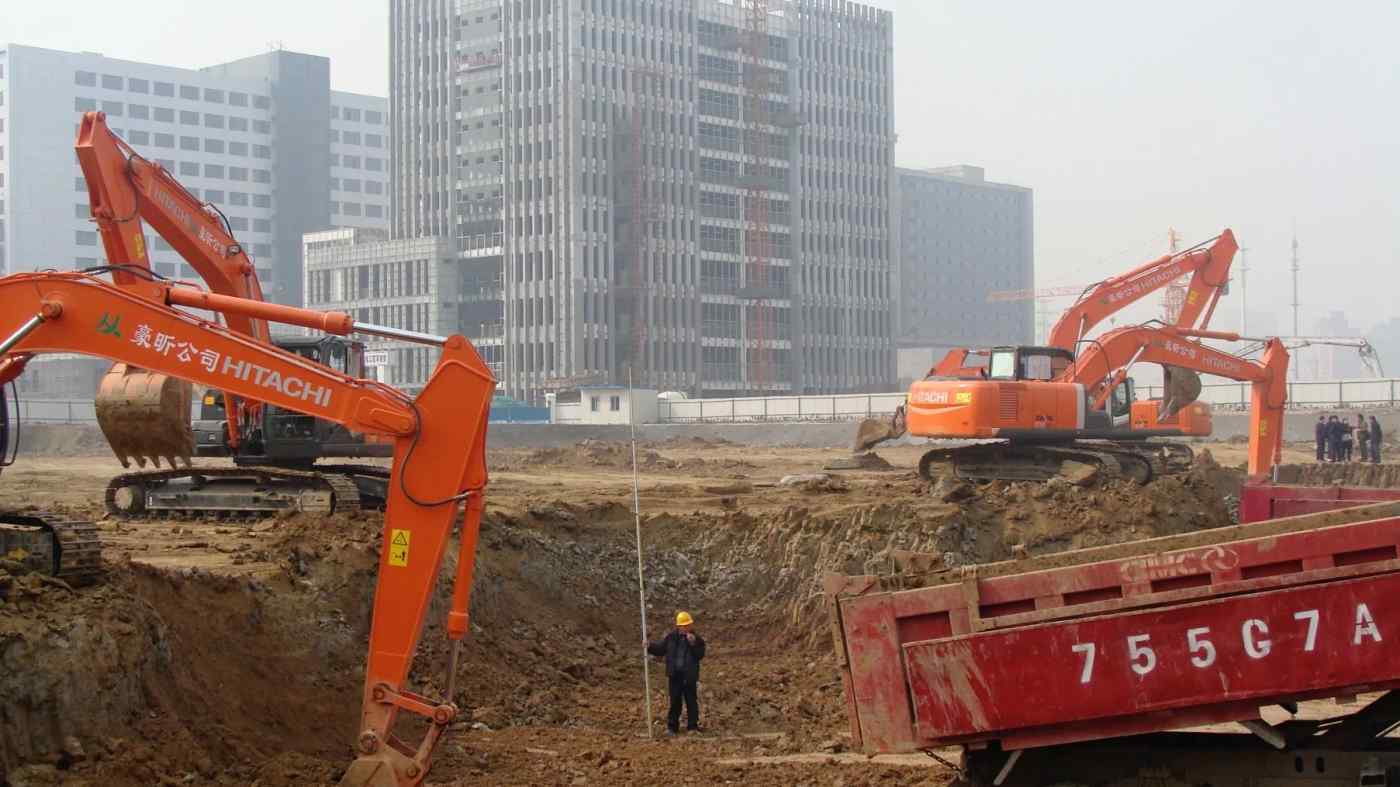 TOKYO -- Japan's Hitachi Construction Machinery and Komatsu are racing to regain lost ground in China, cutting prices to compete with local rivals that knocked them from their perch at the top of the market a decade ago.

China is strategically critical not only as the world's largest construction equipment market, but also as a potential gateway to developing markets in Africa and central Asia, thanks to Beijing's Belt and Road infrastructure initiative.

Komatsu and Hitachi Construction hope that raising their profile on the mainland will open the door to more business with the Chinese companies that frequently handle Belt and Road projects.

Hitachi Construction rolls out a mini-excavator specifically for China as early as next month, marketing it to local building companies.

The excavator is expected to carry a price tag of about 270,000 yuan ($39,300) -- 10% lower than usual. The company cut costs by employing Chinese parts in areas that do not directly impact ease of use, such as the engine and cabin, while keeping its usual equipment to maintain performance standards such as high fuel efficiency.

Komatsu recently expanded its leasing business in China, offering hydraulic excavators in the 20-ton to 30-ton range with an eye toward urban development projects such as road construction.

For customers, this means a smaller upfront investment. Komatsu will let renters buy the used equipment after a few years.

China accounts for 30% of global demand in construction machinery, with estimated sales reaching a record 235,000 units nationwide last year. Though the World Bank forecasts China's economic growth slowing to 5.9% amid the trade war, public works projects such as highways and railroads are expected to keep demand brisk.

Hitachi Construction's price cut is not large enough to match local rivals reportedly selling equipment for 20% less than their Japanese counterparts. But these Japanese players increasingly are convinced that they cannot simply give up on China.

"If we keep on losing there, we may fall by the wayside globally as well," an executive at a major construction equipment company said.

The Belt and Road Initiative, which Beijing envisions stretching as far as Europe and Africa, is among the reasons why. Hitachi Construction established a Kazakhstan unit in 2018 to handle marketing to central Asia, a key region for the initiative.

"We've made preparations so we can take on Belt and Road" business, said Kotaro Hirano, president of Hitachi Construction.

Komatsu and Hitachi Construction led the Chinese market until the late 2000s. But their combined market share dropped by two-thirds in the decade through 2018 to just 9%. The share of group sales Komatsu generates in China slumped to less than 10% in fiscal 2018 from 23% in fiscal 2010.

Beijing pumped money into the economy -- much of it through infrastructure projects -- to provide stimulus after the 2008 global financial crisis. Chinese equipment makers used cheap labor and large-scale production to control costs, and they rapidly gained ground as a result.

Japanese companies, refusing to compete on price, watched their market share fall off a cliff.

Sany Heavy Industry, based in Hunan Province, held the lead in 2018 with a 23% share. The Chinese companies in the top eight boasted a total share of 48%, up fivefold from 2008.

Chinese players have gradually improved their quality as well, using parts from Japanese companies such as Kawasaki Heavy Industries and KYB. Sany has acquired technical know-how by hiring current and former workers from Japanese rivals.