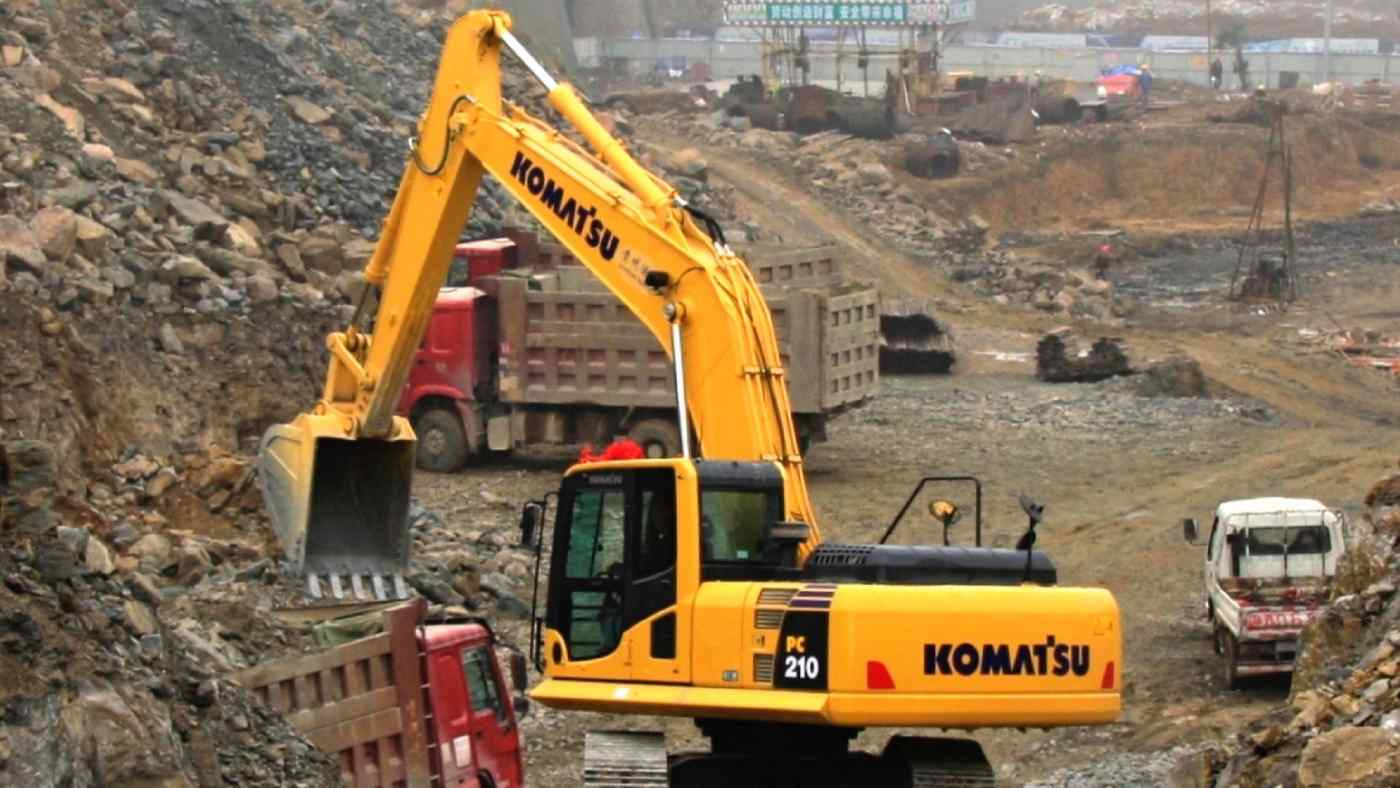 TOKYO -- Japanese manufacturer Komatsu reports a nearly 30% decline in use of its construction equipment in China last month, another sign that Chinese industry is slow to recover from the novel coronavirus outbreak.

Average monthly operating time per unit sank to 32 hours in February, down from 44.9 hours a year earlier, data from the company's Komtrax remote monitoring system shows.

Construction equipment was expected to roar back into use in early February after the end of the Lunar New Year holiday, a break originally set to run through Jan. 31. But companies remained shut down for weeks thereafter due to the virus, and many Chinese construction and public works projects did not resume until mid-February or later.

By comparison, Komtrax data showed average usage increases of 0.9% and 0.7% in Japan and Europe, respectively, and a 6.4% decline in North America.

Some analysts did not find the data too surprising, as a slowdown had been expected in February.

"The key will be how much of a recovery there is in March," said Katsushi Saito of Nomura Securities.

The outbreak also has dented equipment sales. The period following Lunar New Year normally is busy for construction equipment makers in China, with 30% of annual demand coming in February.

But demand for mainstay hydraulic excavators in the 6-ton class and higher plunged 67% on the year last month, according to a Komatsu estimate that looked at non-Chinese manufacturers. Demand slid 35% in January, due partly to a shift in the timing of the Lunar New Year holiday.