TOKYO -- Construction company Maeda Corp. will install one of its own as the head of new subsidiary Maeda Road Construction, the target of a rare Japanese hostile bid in March.

Imaizumi was a longtime veteran of Maeda Corp. and led its building division. The appointment shows the construction company moving to unify its group leadership after a takeover that it said would help achieve a goal of winning more public infrastructure management contracts. 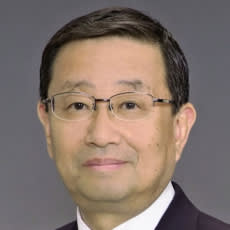 Maeda Road's vacant chairman post will be filled by Kojiro Fukuta, another former Maeda Corp. executive who became a Maeda Road adviser along with Imaizumi earlier this month.

Both Imaizumi and Fukuta will start in their new positions following Maeda Road's general shareholders meeting on June 25.

In January, Maeda Corp. launched a tender offer to raise its stake in Maeda Road to 51% from 25%.

Maeda Road opposed the move at the time, paying a special dividend to intentionally reduce its ample cash on hand and trying to form a capital partnership with Japanese road paving leader Nippo.