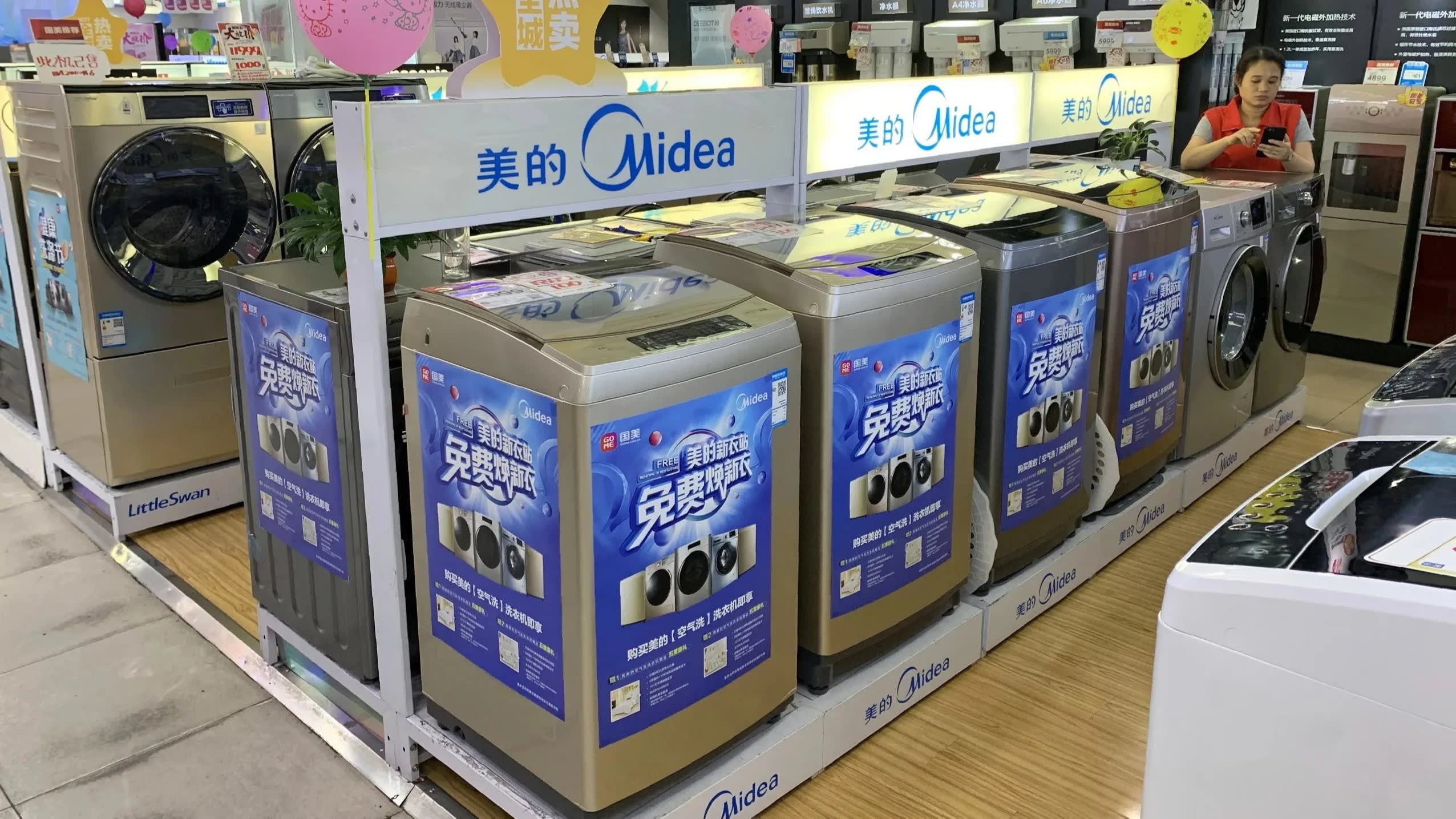 Financial constraints are forcing an increasing number of families to make do with outdated appliances. One resident of Guangzhou, a port city northwest of Hong Kong, has thought about replacing a malfunctioning 8-year-old laundry machine for weeks now but has hesitated to open her pocketbook. The machine's drying mode no longer works properly, and in a region known for high humidity, hang-drying clothes is also problematic.

Yet, she said, "when I think about expenses like my younger brother's school tuition, I can't easily buy a replacement."

Over the past few years, credit was the go-to method of funding home and car purchases. Debt repayment has become a major strain, and the impact is reportedly showing up in appliance sales.

Last year, housing sales rose 2.2% on a surface-area basis, a far cry from the average 11.5% growth seen during the prior three years. In turn, purchases of laundry machines, refrigerators and TVs have slumped.

For air conditioners, ownership lags in rural areas due to many houses that are not airtight. Only around 50 units can be found for every 100 such households. Urban areas are saturated, at over 120 per 100 households.

But people in rural areas are moving into condominiums. Because this trend usually means more air conditioner sales, Gree Electric Appliances and Midea Group ramped up their factory utilization rates.

The companies have never had such overflowing inventories. In the past, smaller gluts have affected Mitsubishi Electric, which supplies power-regulating semiconductors, and other Japanese manufacturers. The dynamic usually results in underperforming earnings. An apartment complex in Zhengzhou, Henan Province: Air conditioner makers can no longer rely on demand from rural Chinese moving out of drafty homes and into better insulated condos.   © Reuters

Chinese electronics sellers are also in dire straits. Gome Retail Holdings posted a 380 million yuan net loss for the first half of this year, and Suning.com's net profit plummeted 60%.

The State Council, China's top governing authority, on Aug. 27 issued a policy package aimed at revitalizing private consumption. Restrictions on car purchases will be eased, and there are plans to promote trade-ins when purchasing energy-saving appliances.